When Your Enemies Are Christians

When Your Enemies Are Christians August 17, 2016 Chase Padusniak

This topic has stuck with me. Growing up American (read: secular), attending a Jesuit college, interacting with conservative evangelicals, I’ve met a plethora of Christians. It’s not totally uncommon for me to encounter one, then another, and then hear them bad mouth (or, perhaps, as some say: “charitably—but not to their faces—rebuke”) their theological, social, or simply general, opposite. And although we rarely call these people our enemies, we often treat them as such.

My example will double as a confession. I’ve had my share of trouble with Thomism. For lots of Catholics, the discovery of a rich, orderly system is a light in the postmodern miasma. Alas, for me, as a fan of Nietzsche and Woody Allen, things weren’t so tidy (lamentably, to be honest). Perhaps I would’ve come around, had I not—time and again—encountered self-identified readers of Thomas who seem to enjoy intellectual power trips worthy of Hegel himself.

This applies across the board—to conservatives, traditionalists, even the occasional liberal. Call it a series of unfortunate experiences. But it means I’m still not ready to give some, even major, Thomistic figures their due. Lord knows my angry jokes sometimes border on totally ridiculous criticism. Confessus sum.

Many people know this feeling in one way or another.

It’s easy, really, from far away to look at another Christian and note that he or she violates Church teaching, or quite often emphasizes it in the “wrong way”—he or she doesn’t stress abortion enough, prefers a less aesthetically-rich liturgy, communes without kneeling, etc.

There is nothing wrong with this, of course—recognizing disagreement. The problem comes, often subconsciously, when we forget that the other is faithful, that is, is a Christian. It’s far too easy to slip from disagreement to anger. Check out a comments box or blog to see what I mean.

Sure it’s easy to joke about Sola Scriptura (it is—I do it all the time: “Oh yeah. We can just pick it up and read it. Who needs a tradition or an education?”), but what about the hours that Lutheran spends in prayer? It’s simple enough to quip that Pope Francis is up to it again, but what of his time spent with the Eucharist, filled with awe?

Another example. My college had two Catholic communities: the official campus ministry program and a more traditional set (there was, of course, some overlap). The latter wanted a monthly Latin Mass; the former didn’t mind guitars in a basement chapel. The Jesuits stayed out of the conflict, but, generally, were associated with the official program.

Once at Mass the priest got up and began his homily typically enough—it started with an anecdote about a bus trip he’d taken. “I sat down, and took out my book to pray the Hours…” My roommate and I looked at each other shocked. In our hard-heartedness, we’d forgotten that, as a faithful priest, this man prayed the Hours; he cared about his soul. No matter what his commitments—theologically, liturgically, whatever—he was a devoted priest, a man of God, not some medieval parson with an illicit concubine and children’s inheritances to look after.

I try to remind myself of that all the time. It’s hard, but it’s necessary. Some disagreements are more serious than others, of course; violating Church teaching is nothing to be taken lightly. Yet, we cannot see our “enemies”—our Christian enemies—as without grace, as without love. Our salvation, in fact, depends on it.

As for what to do about it, well, we’ve known for some time. It never hurts to pray, especially not when you hate them or they hate you. 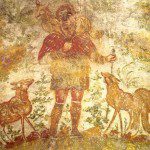 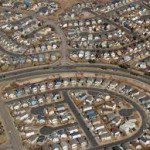 August 19, 2016 How We Live
Recent Comments
0 | Leave a Comment
Browse Our Archives
get the latest updates from
Jappers and Janglers
and the Patheos
Catholic
Channel
POPULAR AT PATHEOS Catholic
1