Post-Inauguration Thoughts from a Working-Class Academic

The other day I wrote a reflection entitled, maybe too simply, “Humility.” I took about a thousand words to fail to capture just how deeply discomforting it is to be stuck between two warring worlds: “everyday folk” and the intelligentsia.

That dichotomy might seem a bit stark for some: not every disadvantaged person hates the academy and not every academic or intellectual despises the farmers of the Midwest or the urban poor, but as a sketch, it’s functional. Lots of ink has been spilled (more likely carpel-tunnel induced) on the self-surety of the educated, often city-dwelling, liberal (example, example, and: example). Anecdotally, I both feel the pull of self-satisfaction myself and witness it in others around me: both at graduate school and in the moneyed suburbs clustered in self-defense from New York to Philadelphia and beyond.

The other sketch is no less accurate (it is, after all, a sketch). The poor feel condescended to: so sayeth ProPublica, The Chicago Tribune, and Time. Again, anecdotally this all seems true enough. At minimum, it’s not unheard of from family members of mine, locals in my small town, and, well, even people I run into with my friends at nearby bars after a week of reading and writing: universities are houses of indoctrination, out of touch with the sorts of problems that plague everyday Americans.

And here I am: stuck in between with a sympathy for both sides. Half of me feels condescending and the other half condescended to.

Perhaps (and I’m probably wrong) this means I have a somewhat particular (and useful) perspective on the Trump election and what we can expect, or at least ought to hope for. Let’s find out.

I’ve tried to avoid the pitfalls of over-accusing either side in this electoral conflict. I dislike Donald Trump; I see little good likely to manifest from his presidency, and it makes perfect sense to me (from a Catholic perspective) to predict that pro-life support for his candidacy may be something like Judas and the thirty pieces of silver. He is the answer about as much as a shout of “Barabbas.”

Yet, how can I say the center has really learned anything? A higher IQ, a better degree, even being correct about Trump is no remedy for condescension. The truth of the oppression of Trump supporters does not matter; what does is the dismissive response. A child who comes crying over an injury you cannot see is no less perturbed when you scream at them: “you’ve not been hurt.”

Truth be told, during the inauguration it was all too much. I met a friend at a museum, had some coffee and mulled wine, and took a walk around rainy Central Park (it’s still Winter Break for my program). And you know what: I was happy. I had my daily bread, I said my prayers, and I went to sleep—enriched, exhausted, most of all: at peace.

Today there have been protests, chuckling Trump lovers, vindicated quasi-Nazis, Antifa displays of force, “slut walks,” declarations, shouts, huffing, puffing, and all manner of violence. At a point, it all seems absurd. Not the protesting: I understand that. Not the emboldening of Trump supporters: I understand that. But their collision. Living today feels something like two equally-probable, equally-surreal realities, somehow mutually constitutive and yet totally ignorant of one another, have collided and the news media has taken it upon itself to record the flying sparks and mangled limbs.

Were Dorothy Day alive, I imagine she’d be protesting. I lack her courage or I lack her imprudence. One or the other. Instead, I find myself reading Simone Weil, whose aphorisms seem, though oblique, to shine especially in moments of confusion:

We do not have to acquire humility. There is humility in us—only we humiliate ourselves before false gods.

It is better to say, “I am suffering’ than ‘this landscape is ugly.”

The collective is the object of all idolatry.

Nothing seems evil to those who serve it except failure in its service.

We have to turn all our disgust into a disgust for ourselves.

I am left with that last sentiment.

I am, ultimately, left with humility and repentance, love and hope.

The best answers never do sound all that satisfying. 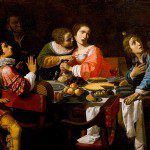 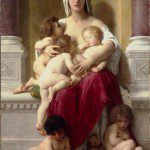 January 24, 2017 Charity in the Age of Trump
Recent Comments
0 | Leave a Comment
Browse Our Archives
get the latest from
Jappers and Janglers
Sign up for our newsletter
POPULAR AT PATHEOS Catholic
1