Charity in the Age of Trump

Charity in the Age of Trump January 24, 2017 Chase Padusniak

Irony has been essential in the rise of Donald Trump. I’ve written about it before, but since my word lacks force, you need only ask The Washington Post and NPR (we can even throw in Breitbart for good measure). Irony is negative in function; it establishes distance from an object and allows one to then tear it apart. It’s a way of exposing hypocrisy, simultaneously undoing the thing criticized and raising up the one doing the criticizing.

It does not have to work in exactly this way. The irony of watching Oedipus come to realize his fate is not the same as its function in the Age of Trump, but now trolling dominates the scene.

We live in time of heightened emphasis on subjectivity. We live in the tension between desiring to recognize good and evil in the world (how many people truly believe all values to be relative?) and having philosophically repudiated stable and objective meaning. Enter Donald Trump, a man with no shame and a willingness to troll his opponents into oblivion:

Many have argued that Trump is the product of political correctness (PC). This is true only in part. Rather, both PC and Trump’s response to it are fruits of the postmodernism that has long ascended to the heights of our culture: the nihilism in the common presumption that all truth is relative, morality is subjective, and therefore all of our individually preferred “narratives” that give our lives meaning are equally true and worthy of validation. Tony [Montana, from Scarface] tellingly lectures his audience, “I always tell the truth, even when I lie.” His character was a man ahead of his time.

The case against postmodernism is overstated, but the point is worth sticking with. If, culturally, we swim in an overwhelming inundation of information and we hardly believe anything can be truly the case, exposing hypocrisy, or even just transgressing boundaries, becomes the most serious form of political statement. Critiques don’t need to be serious. Everything can be “just trolling”:

In November, shortly after the host of “The Apprentice” was elected President, the troubled starlet Tila Tequila—herself a former reality-TV star, one whose life had become a sad train wreck—blinked back onto the gossip radar. Now she was a neo-Nazi. On her Twitter account, she posted a selfie from the National Policy Institute conference, an “alt-right” gathering, where she posed, beaming a sweet grin, her arm in a Hitler salute. The caption was a misspelled “sieg heil.” Her bio read “Literally Hitler!”

It was an image that felt impossible to decode, outside the sphere of ordinary politics. But Literal Hitler was an inside joke, destabilizing by design; as with any subcultural code, from camp to hip-hop, it was crafted to confuse outsiders. The phrase emerged on Tumblr to mock people who made hyperbolic comparisons to Hitler, often ones about Obama. Then it morphed, as jokes did so quickly last year, into a weapon that might be used to mock any comparisons to Hitler—even when a guy with a serious Hitler vibe ran for President, even when the people using the phrase were cavorting with Nazis. Literal Hitler was one of a thousand such memes, flowing from anonymous Internet boards that were founded a decade ago, a free universe that was crude and funny and juvenile and anarchic by design, a teen-age-boy safe space. The original version of this model surfaced in Japan, on the “imageboard” 2chan. Then, in 2003, a teen-ager named Christopher Poole launched 4chan—and when the crudest users got booted they migrated to 8chan, and eventually to Voat.co. For years, those places had mobbed and hacked their ideological enemies, often feminists, but they also competed for the filthiest, most outrageous bit, the champion being whatever might shock an unshockable audience. The only winning move was not to react.

One must be immovable, deflect criticism with criticism, hypocrisy with hypocrisy, truth with irony. Trump is the first political candidate to enact this on the national stage. If you can outmaneuver your opponents, you can win. Style, with a little nudge from substance, prevails:

Indeed, a common point between academic and media analysis is the tendency to “unmask” an ideological opponent. To unmask is to reveal a delusion beneath a political or intellectual claim. To unmask is to presuppose that there is no principled basis for debate. There is nothing to understand besides the error of the other. The presence of difference of opinion attests only to the existence of false-consciousness, not to the existence of a question that admits more than one answer.

What Trump did was turn this unmasking back on his opponents: “I may be a misogynist, but at least I’m not a hypocrite.” David Ernst clarifies this point in his re-imagining of a famous scene from Scarface to reflect Trump’s campaign:

So I’m a scoundrel because I don’t pay income taxes? Maybe so, but it also makes me smart, just like all the other billionaires who are backing your campaign. So I’m a sexist because you found a video of me bragging about how my superstar status enables me to grab women by the p—y? Maybe it does, but allow me to publically introduce four of the women who have accused your husband of everything from indecent exposure to rape. So I’m a greedy businessman who stiffs my contractors? Fine. You’re a corrupt politician who sells out our national interest to line your own pockets.

Maybe everything they say about me is true, but at least I’m authentic, at least I’m real: you on the other hand, are a bloody, disgusting hypocrite.

Great. But as a Christian I am left asking: where is the room for charity? Where is the space for disagreement without the assumption that the other is a monster? Or, perhaps better, how can I take for granted that as a fallen human being, my opponent is fractured, unstable, and, yes, even monstrous, and still love him or her? 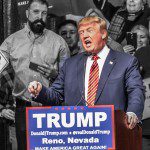 January 21, 2017
Post-Inauguration Thoughts from a Working-Class Academic
Next Post 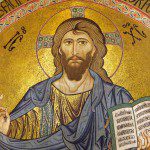 January 25, 2017 Prayers for Pope Francis
Recent Comments
0 | Leave a Comment
"What does this have to do with Catholicism?"
Cbalducc Liberalism, or Rule by Technicality
"I am completely unclear why you are using the word "liberalism" to mean something completely ..."
Iain Lovejoy Liberalism, or Rule by Technicality
"Yes, the end of empire stales the imagination and disables creative and effectual alternatives to ..."
CorneliusFB In the Ruins of Decaying Empire
"Then 80% of of will be equally miserable poor people. The 20% who are more ..."
bill wald Christ Forgives Debts, so Should We
Browse Our Archives
get the latest from
Jappers and Janglers
Sign up for our newsletter
POPULAR AT PATHEOS Catholic
1