Finding Yourself and Other Half-Truths

Finding Yourself and Other Half-Truths November 13, 2017 Chase Padusniak

If I may begin abruptly: an ex-girlfriend once told me we couldn’t be together because she had to find herself first, and I’d heard that many times before—from friends, from acquaintances, really just belching forth in popping bubbles from the social soup in which we swim. It’s a common refrain, and, to be frank, one that gets disparaged quite a bit, especially within academic and Christian communities, in which bloggers, tweeters, and opiners of all kinds think themselves smarter than your garden-variety 21st-century hominid. Of course, at a certain level, I agree with these detractors. I resolutely believe there is no simple “self” to find, that the basic project is, most of the time, a distraction, if not a recipe for disaster.

That said, there is something to the idea, and it’s that half-truth that I’d like to parse out in this post. You see, it’s common in the Christian world to emphasize that we do not belong to ourselves (take the fairly-popular “I am Second” campaign as an example). Again, this is not wrong. We do belong to God—one might pick many a Bible verse to support the point:

Know that the LORD is God,
he made us, we belong to him,
we are his people, the flock he shepherds.
Enter his gates with thanksgiving,
his courts with praise.
Give thanks to him, bless his name.
(Psalms 100:3-4)

Before faith came, we were held in custody under law, confined for the faith that was to be revealed. Consequently, the law was our disciplinarian for Christ, that we might be justified by faith. But now that faith has come, we are no longer under a disciplinarian. For through faith you are all children of God in Christ Jesus. For all of you who were baptized into Christ have clothed yourselves with Christ. There is neither Jew nor Greek, there is neither slave nor free person, there is not male and female; for you are all one in Christ Jesus. And if you belong to Christ, then you are Abraham’s descendant, heirs according to the promise. (Galatians 3:23-29)

Sometimes we mean this in the sense that “[H]e made us”; other times we want to emphasize our baptism, our declaration for God’s “side” in the tumultuous conflict that is existence. But either way we are fond of saying that we belong to God, not ourselves, and for most Christians this is good enough, as far as refuting the self-finding of astrologers and Millennials (and Millennial astrologers) goes.

But this is insufficient. It is true that God made us; it is true that the Church is the Body of Christ. But neither of these points quite addresses the issue. When someone says that he or she wants to find him- or herself, they’re saying they desire a wholeness, some sense of understanding who they are. Γνῶθι σεαυτόν! Nosce te ipsum! Know thyself! They are not, at least not really, asking to whom they belong; they are wondering what motivates them, trying to discover what will bring them the most happiness. A Christian might interrupt and say “again: God,” but I think that would miss the point. Even the devoted Christian must worry about vocation. 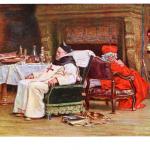 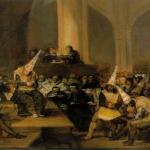 November 20, 2017 Catholic Ideology
Recent Comments
0 | Leave a Comment
Browse Our Archives
get the latest from
Jappers and Janglers
Sign up for our newsletter
POPULAR AT PATHEOS Catholic
1

Introducing Veronica Roltgen: You're Not A...
The Shoeless Banshee: Meanderings Beyond the Pale
Related posts from Jappers and Janglers