This seems an obvious statement, but, as with all things obvious, it’s only so when it counts, counts for the one speaking anyway. Our culture is obsessed by the idea that language shouldn’t be allowed primacy of place, especially when it comes to offense. In fact, there’s a whole Oxford Dictionaries entry on “snowflakes”:

The Trump presidency has intensified the war of words between those people who voted for the billionaire businessman and those who oppose his policies. One term that is often lobbed at liberals, particularly online, is snowflake, used as an accusation of fragility and over-sensitivity.

The usage stems from the conception of snowflakes as unique, delicate and precious – all qualities that young, liberal and idealistic people are sometimes accused of having. People who became adults in the 2010s are derisively classed (by some) as Generation Snowflake, prone to offense-taking and less able to accept opposing views.

The term may have gained popularity on university campuses, where good intentions to prevent harassment were considered by some to have gone too far – effectively silencing views that don’t conform to ‘acceptable’ standards. Critics of young idealists point to the trend of providing trigger warnings in advance of comments that might offend, as well as the habit of no platforming speakers who hold unpalatable views. No platforming means to deny people or groups opportunities to speak and share their views. These examples are held up as evidence that young people have become so fearful of offence that they have become intolerant of opinions that diverge from their own.

Author Chuck Palahniuk has been credited with giving the world this meaning of snowflake in his 1996 novel Fight Club, in the line, “You are not special. You are not a beautiful and unique snowflake”. This line inspired a meme, which in turn inspired the current term of abuse.

Here, anyway, I’m not interested in the practical questions per se: trigger warnings, microaggressions, et al. as legal phenomena. How one understands these phenomena, at some fundamental level, stems from how one views language. Demonstrating that we all agree that language is important, and that some beloved “conservative” (at least in some sense) thinkers agree that how we speak about the world informs how we conceptualize it, is my purpose (I myself am clearly not very conservative in the normative sense, but I know many of my co-religionists do identify with the word!). In doing so, I’d like to highlight that debates about terminology, about, even say, “political correctness,” are more complex than many bandying about the term “snowflake” would like to admit.

Let’s begin with Plato and what he has to say about poets and other wordsmiths in the Republic:

Therefore, Glaucon, I said, whenever you meet with any of the eulogists of Homer declaring that he has been the educator of Hellas, and that he is profitable for education and for the ordering of human things, and that you should take him up again and again and get to know him and regulate your whole life according to him, we may love and honor those who say these things—they are excellent people, as far as their lights extend; and we are ready to acknowledge that Homer is the greatest of poets and first of tragedy writers; but we must remain firm in our conviction that hymns to the gods and praises of famous men are the only poetry which ought to be admitted into our State. For if you go beyond this and allow the honeyed muse to enter, either in epic or lyric verse, not law and the reason of mankind, which by common consent have ever been deemed best, but pleasure and pain will be the rulers in our State.

One needn’t agree with Plato (that the poets and other writers of great creativity and influence should be exiled from the polis) to see the claim on which his argument rests: language matters. How people are taught to speak, the words they use to demarcate the world around them, ultimately come to shape how they understand the world—for good or for ill. 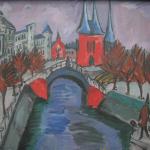 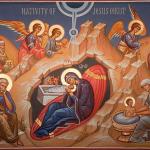 December 25, 2017 Christos Razdajetsja!
Recent Comments
0 | Leave a Comment
"What does this have to do with Catholicism?"
Cbalducc Liberalism, or Rule by Technicality
"I am completely unclear why you are using the word "liberalism" to mean something completely ..."
Iain Lovejoy Liberalism, or Rule by Technicality
"Yes, the end of empire stales the imagination and disables creative and effectual alternatives to ..."
CorneliusFB In the Ruins of Decaying Empire
"Then 80% of of will be equally miserable poor people. The 20% who are more ..."
bill wald Christ Forgives Debts, so Should We
Browse Our Archives
get the latest from
Jappers and Janglers
Sign up for our newsletter
POPULAR AT PATHEOS Catholic
1