Christmas time is when we cry out in joy at the announcement of a birth that goes by many names: the Incarnation, the Nativity, the Coming of the Lord. But, as the coming Feast of the Holy Innocents may remind us, death and life are never far apart. Christmas carries with it the stark price of children’s blood and the Incarnation inevitably leads to Golgotha, only to be reversed in the rising on the third day.

It is in this spirit that I’ve recently been haunted by the legacy of Japan’s many martyrs and confessors. Partly the issue just seems to have come up a lot recently: one friend wanted to discuss the postcolonial implications of St. Francis Xavier’s mission; another teetered on the edge of draining Silence of theological significance. I spent most of Scorsese’s film crying as I watched men and women humiliated, crucified, and burned for their faith. Is that the point? Perhaps not, but it did leave a mark, a mark I could not help but revisit as I sat home on Christmas Eve.

And so, I found myself watching Otaiya, a very short (34 minute) documentary that I cannot recommend highly enough. Its story is simple, even barebones: documentarian and anthropologist Cristal Whelan sought out—and recorded—the Christmas Eve ceremonies of two nearly 100 year old “Hanure Kirishitan” “priests,” that is, those who held on to their secretive traditions through hundreds of years of state persecution, those who—when all was said and done—did not rejoin the Church when Japan was reopened to the world in the late-19th century.

Their prayers are a mixture of Portuguese, Latin, and Japanese, passed down, nearly unbroken yet ciphered, for the past 400 years:

In Whelan’s film, one can see two old “priests,” whose ways differ slightly (and who will not speak to one another. One considers the other an innovator, since he travels to other villages to celebrate with other formerly-hidden communities). Squid, rice, and fish seem to take the place of Eucharistic bread as sake stands in for wine. The rituals seem half-familiar to a Catholic, but only half. The long use of Buddhist and Shinto altars and statues to hide the truth of their faith has obscured what the Jesuits and friars had initially hoped to teach:

Kakure Kirishitan worship is an odd blend of Shinto and Buddhist observances — initially to deceive the authorities — and dimly remembered Latin prayers whose distortions as they were handed down in secret from generation to generation acquired, in the minds of worshipers, a sacred character of their own.

“I have a Buddhist altar and Shinto shrine in my house,” Kakure pastor Tomeichi Oka told the New York Times in 1997. “In the old days that was just for camouflage . . . but now I believe in the other gods as well.” (The Japan Times)

The remaining Catholics went underground. They disguised their images of Jesus and Mary to look like Buddhas. They camouflaged their prayers to sound like Buddhist chants.

Nakazono says that the covert Christians incorporated into their religion the Buddhism, Shintoism and ancestor worship they used as cover for their faith. In essence, a monotheistic religion fused with several polytheistic ones. (NPR)

Centuries of isolation and fear have made secrecy itself a determining factor of their religious practice; the legacies of their martyrs have become tantamount. In Otaiya, for example, we see one of the two priests from the remote Goto Islands as he cuts off a small part of an old Kimono—a relic from a long-dead martyr— a tradition in which a sliver of the cloth is placed into the hands of the corpose to help ensure smooth passage to the afterlife.

It is this history—still alive, if diminished—that makes the manifold complexities of Silence speak. It is the blood and mumbled penitential prayers of these forgotten converts that puts our joy here and now—the faithful love of the Christmas season—into context.

And yet, there is more history to tell. How exactly did these believers end up with such a syncretic faith? How did those who rejoined the Church end up doing so? 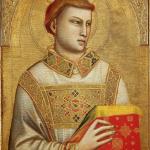 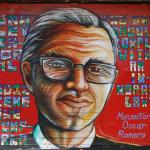 December 28, 2017 A Hermeneutics of Liberation
Recent Comments
0 | Leave a Comment
Browse Our Archives
get the latest from
Jappers and Janglers
Sign up for our newsletter
POPULAR AT PATHEOS Catholic
1