Mary, May, and International Workers’ Day

May First means many things. In England, it means May Poles and dancing.  For Latin Catholics, it signifies the beginning of the month of Mary, a celebration (complete with crowning, flowers, and singing) of the Queen of Heaven. And beyond these, for Leftists the world over the first of May means protests, a day of targeted unrest, channeling the fights carried on year round into one day of loud dissatisfaction.

I see symbolic power in the coincidence of International Workers’ Day and the beginning of this Latin Catholic celebration. I’m a Byzantine Catholic, and as far as I know, there’s no particular connection within our tradition between Mary and the month of May. Still, the whole thing seems suggestive to me, an opportunity for reflection on what the Theotokos can (and should) mean to us, what celebrating her humility and obedience ought to signal for how we treat our brothers and sisters in this fractured world.

What I am not saying (to be clear) is that one must see things this way. I understand some might see this as a sly attempt to further my political commitments (I don’t think of it this way, but rather as a reminder of my own failures to love and support the myriad oppressed and downtrodden peoples of the world—and I do fail every day, over and over). Regardless, this is merely a reflection, one I hope others might find valuable, as I have found contemplating Mary’s role in our salvation in connection with May Day edifying.

So, what is May First? It seems to have pagan roots as a celebration of new life, the casting away of winter, but by the Early-Modern Period the Theotokos and the month came into connection. She gave birth to Christ and signals our redemption from the barrenness of our fallen state. In this sense, she is our “spring,” our mother whose decision to humble herself in accepting miraculous pregnancy portends our salvation and rebirth as members of the Body of Christ. Many have imagined how confusing a virgin pregnancy must have been for those around her, the social costs it must have entailed—suspicion, mockery, and more. Regardless, Mary said yes to God and thus gave birth to God, making our salvation possible.

What, if anything, does that have to do with workers? The short answer is that historically it doesn’t. CNN has summed the labor history of this day up quite succinctly:

May Day is also a labor holiday in many areas of the world, and that part of its history is a thornier story. May Day has shared a date with International Workers’ Day since the 1880s. At the time, labor movements around the world were fighting for fair work accommodations like eight-hour workdays and unions. The date was chosen because it aligned with the anniversary of the Haymarket affair in Chicago, where police killed four people at a peaceful protest after someone threw a bomb into the crowd.

The event had a huge impact on labor movements across the world. (CNN)

International Workers’ Day thus recalls a day of gross violence against organizers and protesters. Often, this comes with violence, as it did this year. Some might say it’s ridiculous to associate such a day with Mary, but May Day needn’t be violent; I don’t intend to suggest any connection between the Theotokos and violent force.

Rather, what strikes me about this coincidence is a mutual emphasis on humility and obedience to God. Our Lord demands service to the poor; He demands that His justice be carried out by our human hands (or, at least, this strikes me as one plausible reading of the “Our Father”). The Gospels abound in examples of how serving God means serving the poor, how our very judgment before the divine cannot be disentangled from the good works that arise from deep faith. Here is but one example:

Now someone approached him and said, “Teacher, what good must I do to gain eternal life?” He answered him, “Why do you ask me about the good? There is only One who is good. If you wish to enter into life, keep the commandments.” He asked him, “Which ones?” And Jesus replied, “‘You shall not kill; you shall not commit adultery; you shall not steal; you shall not bear false witness; honor your father and your mother’; and ‘you shall love your neighbor as yourself.’” The young man said to him, “All of these I have observed. What do I still lack?” Jesus said to him, “If you wish to be perfect, go, sell what you have and give to [the] poor, and you will have treasure in heaven. Then come, follow me.” When the young man heard this statement, he went away sad, for he had many possessions. Then Jesus said to his disciples, “Amen, I say to you, it will be hard for one who is rich to enter the kingdom of heaven. Again I say to you, it is easier for a camel to pass through the eye of a needle than for one who is rich to enter the kingdom of God.” When the disciples heard this, they were greatly astonished and said, “Who then can be saved?” Jesus looked at them and said, “For human beings this is impossible, but for God all things are possible.” Then Peter said to him in reply, “We have given up everything and followed you. What will there be for us?” Jesus said to them, “Amen, I say to you that you who have followed me, in the new age, when the Son of Man is seated on his throne of glory, will yourselves sit on twelve thrones, judging the twelve tribes of Israel. And everyone who has given up houses or brothers or sisters or father or mother or children or lands for the sake of my name will receive a hundred times more, and will inherit eternal life. But many who are first will be last, and the last will be first. (Matthew 19:16-30) 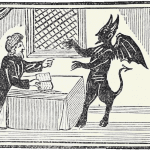 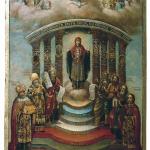