I have spent some time lately reflecting on particular words—a short phrase really. Brevity brings with it great power, condensing meaning, demanding attention with its pithiness. Perhaps this is why we like to pull quotations from writers (excerpted sometimes way out of context). It might be why poetry holds such sway over so many. Who doesn’t know what a wheelbarrow looks like? Yet who wouldn’t rather hear one described by William Carlos Williams?

Which words have I been meditating on then? Simple enough ones, those that end the Divine Liturgy of St. John Chrysostom: “for He is good, and loves mankind.” Or, as I hear it more often at my church: “for Christ is good and loves us all.” What comes before this “for”? A request for mercy and salvation. The priest says, in full:

May Christ, our true God [if it Sunday: risen from the dead] through the prayers of His most pure Mother, and of the holy, glorious, and all-praised Apostles; and of our holy father John Chrysostom, Archbishop of Constantinople, of Saint [whose temple it is], of Saint[s] [whose day it is], and of all the Saints, have mercy on us and save us, for He is good, and loves mankind.

But it’s the last part that caught me, the bit that seems to summarize the rest, in a way, distill the entire liturgy down to its essence: God’s love for everyone. Such an idea, of course, is not without great Biblical precedent. 1 John testifies to God’s love as seen in the Incarnation of Christ:

Beloved, let us love one another, because love is of God; everyone who loves is begotten by God and knows God. Whoever is without love does not know God, for God is love. In this way the love of God was revealed to us: God sent his only Son into the world so that we might have life through him. In this is love: not that we have loved God, but that he loved us and sent his Son as expiation for our sins. Beloved, if God so loved us, we also must love one another. No one has ever seen God. Yet, if we love one another, God remains in us, and his love is brought to perfection in us. (1 John 4:7-12)

The words of the liturgy, however, carry a special force. This is for reasons of my own that, I hope, may speak to others.

When I was younger, I was a much angrier person, at least externally. I grew up in a household filled with cursing and yelling and a willingness to speak one’s mind. If you were upset at someone, you let them know. Sometimes very hurtful things were said, things that would come to be regretted. Honesty of feeling was, if not prized, the norm.

This changed for me as I grew older, in part because of my mother’s passing. Life came to seem too short to be angry, to not pick and choose one’s fights. I became more religious (or really became religious at all). In time, I came to put an emphasis on loving people humbly and treating them charitably; this required diminishing myself and acting respectfully to them even when it didn’t seem they were respecting me.

And this was a good thing. Christ does call on us to make ourselves small so as to make Him big. For many Christians, this can be a very difficult calling. I know, in my case, it took quite a good deal of getting used to, given the anger and bombast of my childhood. It was an important journey, one in which I learned to forgive, to let go, and to recognize when I was at fault in a situation (it seemed to turn out, in my experience, that I was always at least a little bit wrong on any given matter). 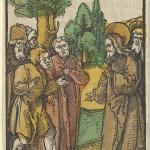 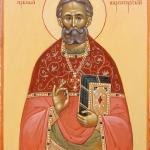 May 16, 2018 Married Priests?
Recent Comments
0 | Leave a Comment
Browse Our Archives
get the latest from
Jappers and Janglers
Sign up for our newsletter
POPULAR AT PATHEOS Catholic
1

Clarifying Catholic Teaching on Vaccines re:...
Through Catholic Lenses
Related posts from Jappers and Janglers