Bishop Tobin of Providence is in the news for a recent tweet about the Catholic Church’s stance on female presbyters, abortion, and married priests. Yes, I did just write “married priests” in the same sentence as the other two. This merits attention. In part because it caused a bit of a Twitter debacle; in part, because it reflects something Eastern Catholics know too well: the Latin Church’s penchant for forgetting its non-Roman brethren.

He effectively equates things we know as Catholics to be either intrinsically evil or at minimum undeniably and absolutely vexed with something practiced in the Catholic Church. Not only do Easterners still have married clergy but the West itself has a history of this (more on this below). It should trouble us that, even accidentally, these issues could end up equated, treated as equal threats to a doctrinally-consistent Apostolic Christianity.

Don’t get me wrong: I don’t think Bishop Tobin meant anything offensive by this. I don’t think he’s wholly ignorant of Eastern Catholicism by any stretch. In fact, he has spoken about married clergy before, though with regard to papal comments about the possibility of ordaining married men in the West:

In an interview published Thursday with Germany’s Die Zeit newspaper, Francis stressed that removing the celibacy rule is not the answer to the Catholic Church’s priest shortage. But he expressed an openness to studying whether so-called “viri probati” — or married men of proven faith — could be ordained.

“We must consider if viri probati is a possibility,” he was quoted as saying. “Then we must determine what tasks they can perform, for example, in remote communities.”

The “viri probati” proposal has been around for decades, but it has drawn fresh attention under history’s first Latin American pope thanks in part to his appreciation of the challenges facing the church in places like Brazil, a huge Catholic country with an acute shortage of priests.

“He’s really talking about a very limited concept,” Bishop Tobin said. It probably would not apply here. “I don’t think there’s any place in the U.S. where people are deprived of the sacraments.”

Bishop Tobin also pointed out that the concept of married priests is not new for the Roman Catholic Church, which has allowed married men ordained in Protestant churches to become Catholic priests. (Providence Journal)

Oddly, at the end, he notes allowances for formerly-Protestant clergy, but doesn’t recall the fact that the Western Church once allowed for a married priesthood. Married priests may exist in the West today because of conversion, but its history is substantially more complicated. It’s as if clerical marriage is only imaginable as a sort of very particular concession within incredibly specific parameters—something without a history in the West or current existence in the East.

Byzantine Catholics cannot afford to forget these things, however. It was only in 2014 that Pope Francis “allowed” Eastern Catholics in the U.S. to ordain married men (this was already allowed in most of the rest of the world):

The 2014 decree signed by Cardinal Sandri related the history of the Eastern-Catholic married priesthood’s suppression, saying it had been granted at the behest of the Latin bishops in North America, who, at that time, believed Eastern married clergy posed a “grave scandal” to their faithful. The Vatican acknowledged that, in North America, as a result of this treatment, “an estimated 200,000 Ruthenian [Eastern-Catholic] faithful became Orthodox.” (The National Catholic Register) 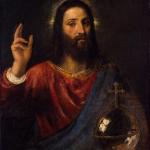 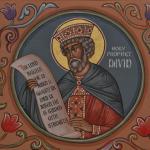