This is a tough piece to write. Not because I am ashamed of being Byzantine Catholic, but because I know the topic—even simply the name—cannot help but inspire strong passions. Some Orthodox will rail against Uniatism, against the political machinations of the Latins, forcing good Byzantines into robber unity with the West. Some Latin Catholics will look askance at some Melkites calling Vatican I a local council; their ears perk up at our subtraction of the Filioque from the Creed. To be Byzantine is to be precarious. Writing from such a position makes me fearful, fearful that my reasons for being what I am will upset my brethren, fearful that even a hint of the Pharisee’s prayer will fall from my lips, if not in word, then in spirit—”O God, I thank you that I am not like the rest of humanity—greedy, dishonest, adulterous—or even like this tax collector” (Luke 18:11). I beg God to take such a spirit of self-righteousness away from me. I know that it lives inside me, but I pray it will not live inside these words.

Being Byzantine is precarious. And it is my embrace of that precariousness that leads me to this position. Theology and communion are messy affairs, and so the Ruthenian Church (one of the Byzantine Catholic Churches) feels like home to me.

I’ll begin by explaining my journey, how I got here, and then I’ll answer a few common objections, hopefully explaining why messy communion suits me better than absolute certainty—that is, why I am what I am and why I allow precariousness to define my ecclesial identity. Along the way, I may critique a few of things that I have found difficult in contemporary Latin Catholicism and Eastern Orthodoxy. I hope these critiques will be taken in a spirit of charity (a spirit in which, I assure you, they are intended).

I ended up Byzantine because I was angry at the West, specifically at Thomism. This is the sad truth. I had devoted my life to reading and studying mystics or pseudo-mystics, many of them Western—Pseudo-Dionysius, Eriugena, Hadewijch of Brabant, Mechthild of Magdeburg, Marguerite Porete, Meister Eckhart, Richard Rolle, Julian of Norwich, Margery Kempe, Nicholas of Cusa, Søren Kierkegaard, Simone Weil, and Adrienne von Speyr. I was not a Thomist, even if I thought Aquinas himself was all right. Baptized Roman, and now finding my way back to the Faith, I was hurt by constant attacks on my love for these mystics, especially when being fond of them was thought to be anti-Thomistic, or, some might say, anti-Western.

I considered Orthodoxy, but quickly found that many in the Orthodox Church were as anti-Western as the Latins I had met were anti-Eastern (or, at least, anti-mystical). I felt trapped. Reading the Cappadocians, listening Metropolitan Kallistos Ware, perusing the works of David Bentley Hart, the East seemed pristine, more accepting. In practice, I found that people were people, that territorialism abounded wherever I looked.

So I sat down and considered my options. My study of the medieval West (as well as reading a bit more about theological diversity in the East) had convinced me that the simplistic historical narratives I had encountered were simply too clean, too convenient, to be true. The West had a special respect for Thomism—true enough. But what does one do with Meister Eckhart, Thomist and apophatic mystic? What about if one reads Thomas himself as a mystic? What of Eriugena writing that the Filioque was no issue (and even that the Byzantine East had the better case!) in the 9th century? What of St. Gregory Palamas and the Immaculate Conception? Does the Divine Liturgy not have us sing:

It is truly meet to bless you, O Theotokos, ever-blessed [ my Church’s translation has “immaculate”] and most pure, and the Mother of our God. More honorable than the Cherubim, and more glorious beyond compare than the Seraphim, without defilement you gave birth to God the Word. True Theotokos we magnify you! 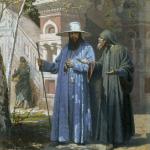 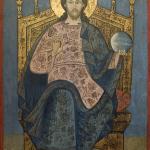 December 22, 2018 A Catholic Country?
Recent Comments
0 | Leave a Comment
"I am completely unclear why you are using the word "liberalism" to mean something completely ..."
Iain Lovejoy Liberalism, or Rule by Technicality
"Yes, the end of empire stales the imagination and disables creative and effectual alternatives to ..."
CorneliusFB In the Ruins of Decaying Empire
"Then 80% of of will be equally miserable poor people. The 20% who are more ..."
bill wald Christ Forgives Debts, so Should We
"DISAGREE! We are required to forgive personal sins (trespasses) made against our persons. We are ..."
bill wald Christ Forgives Debts, so Should We
Browse Our Archives
get the latest from
Jappers and Janglers
Sign up for our newsletter
POPULAR AT PATHEOS Catholic
1