Death to the Death Penalty?

“Suppose you were to see a man who had been justly condemned being led to execution through the marketplace. Suppose it were in your power to save him from the hands of the public executioner. Would you not do all you could to keep him from being dragged off?”- St. John Chrysostom

Everyone (okay, mostly Catholics online) is talking about the recent change to the Catechism. If you aren’t aware of what’s going on, Hannah Brockhaus at Catholic News Agency has summarized things quite nicely:

The Vatican changed on Thursday the Catechism of the Catholic Church’s teaching on the permissibility of the death penalty, which the Church has taught is legitimate in limited cases, stating the penalty is ‘inadmissible,’ and its elimination should be sought.

A new draft of paragraph 2267 of the Catechism of the Catholic Church was issued by the Congregation for the Doctrine of the Faith Aug. 2, after Pope Francis approved it in May.

Quoting Pope Francis’ words in a speech of Oct. 11, 2017, the new paragraph states, in part, that “the Church teaches, in the light of the Gospel, that ‘the death penalty is inadmissible because it is an attack on the inviolability and dignity of the person,’ and she works with determination for its abolition worldwide.”

Unsurprisingly, this has generated quite the stir, with some lauding the pope’s actions, crying out that this is a long-over-due adjustment, and with others wavering on whether or not this makes the Holy Father a formal heretic—a position nicely encapsulated (in clickbaity glory) by the (re-published) Steve Skojec headline, “Pope Francis Is Wrong about the Death Penalty. Here’s Why.”

I can’t say I fall into either camp here. I am no enemy of Pope Francis, nor am I a friend of the death penalty (I unequivocally oppose it). But this situation rubs me the wrong way, in part because it feels like everyone is missing the point (I hasten to add that this does not mean that I “get” the whole point). I look to Dorothy Day for inspiration in matters of violence. Her pacifism was unequivocal (so much so that she opposed US entrance into World War II). And yet she wrote this:

Theologians have laid down conditions for a just war (Monsignor Barry O’Toole is writing on these conditions in the last eight issues), and many modern writers, clerical and lay, hold that these conditions are impossible of fulfillment in these present times of bombardment of civilians, open cities, the use of poison gas, etc. Fr. Stratmann, in his book, The Church and War, speaks of how “many fervent Catholics are awaiting a moral definition about war, for a decisive word as to its immorality…That the Church should forbid war belongs to those things of which our Lord says: ‘I have many things to say unto you but you cannot hear them now’.” And how agonizingly true is it when we consider the millions in Europe and China defending with their lives and at untold suffering, believing it the only way their country, their families, their institution and their Faith.

This is essentially my point. I fundamentally agree with Pope Francis—the death penalty was always intended to be used in situations in which rehabilitation or effective incarceration were impossible. Given modern conditions, our problem is treating prisoners properly, not figuring out how to lock them away safely. Sentences in the US are quite long by comparison with other countries. A good number of people escape, but changes in technology make it harder than it’s ever been before (this is, of course, not to say that people won’t always find ways to get out). The death penalty barely exists in most of the rest of the “developed world” (heck, it barely exists in the US, barring a few states). It makes good sense to avoid killing when it is unnecessary for the reasons the pope mentions in his recent adjustment—hope for conversion and respect for human dignity (i.e. not taking lives that don’t need to be taken). In this sense, the death penalty really is “inadmissible” in the modern world, in a way that wholly fits with the tradition of the Church. We may believe there can be just wars, but you’d be hard pressed to find a modern conflict that meets the criteria.

That said, what about the future? The previous language used in the Catechism was clear that the death penalty ought to be rare—that a just execution is about as rare as a just war or a black rhinoceros. Now, we have a situation that might confuse the issue—would it be permissible in a future world pockmarked by war (in which secure prisons are a thing of the past)? Would it be acceptable in a post-atomic Earth, in which the state of incarceration has changed entirely? These questions seem much easier to answer given the old wording. 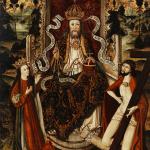 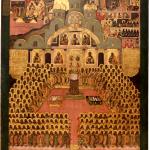