Notre Dame is perhaps the most famous cathedral in the work. And now, it’s on fire. It remains to be seen how much of the structure will remain. A 19th-century spite has fallen and, at least from photographs, the flames seem bright and undeterred. Many relics and priceless artifacts are exposed to destruction. The cause also remains unclear. The whole thing seems shrouded in smoke; what the fire illuminates remains no more available for comprehension. We watch and it burns—paralyzed, unsure what to do, knowing only that we fear and do not know.

This was my reaction anyway. My entire Facebook and Twitter feeds are unending lament. If not lament, they are continuing and hellish confusion. No one seems to have any idea what to say, except to express sorrow. Prayers are requested; prayers are offered. But, as Pope Francis has said, “there is no room for individualism in the dialogue with God” (Crux). We, as a community, are equally confused, and thus seem somehow individuals in isolation, united in some paralyzed, nebulous hope. And sometimes, pure lamentation is all we can offer; there is nothing wrong in this. We do have a book in the Bible called Lamentations after all, devoted to the cry of the Israelites after the fall of Jerusalem:

Jerusalem remembers
in days of wretched homelessness,
All the precious things she once had
in days gone by.
But when her people fell into the hands of the foe,
and she had no help,
Her foes looked on and laughed
at her collapse.
Jerusalem has sinned grievously,
therefore she has become a mockery;
Those who honored her now demean her,
for they saw her nakedness;
She herself groans out loud,
and turns away.
Her uncleanness is on her skirt;
she has no thought of her future.
Her downfall is astonishing,
with no one to comfort her.
“Look, O LORD, at my misery;
how the enemy triumphs!”
(Lamentations 1:7-9)

Although such passionate, righteous wailing is wholly acceptable, I would like to offer a bit about the past of the cathedral in the hope that we might remember it and where it comes from. In doing so, I hope to suggest that, horrible as this is, it is a remarkable symbol of the excessive nature of our sins, our transgressions against the faith and the created world.

Started in 1163, the Cathedral was finished in 1345. Oddly, this means that, rather than being some hallmark of medieval France, it was actually finished fairly late in medieval history, representing something of its architectural apex, the crowning achievement of its Capetian kings and ecclesiastical establishment. It has what is thought to be the largest rose window designed and crafted during the 13th century. Notre Dame remains the seat of the bishop of Paris and has, over the years, accumulated a great number of artifacts and relics, including what is said to be a part of the Crown of Thorns and a piece of the True Cross. St. Joan of Arc was beatified there in 1909. The ceremony, while a reflection of French politics, is also a wonderful testament to the victory of the saint over here secular enemies. Notre Dame is, in a sense, the religious heart of France. St. Joan is among its most famous medieval saints. Could there be a more fitting place for her to be glorified?

This brief story speaks to the significance of the place. It honors the Theotokos, the Mother of God. It is the “home” of French Catholicism Beyond this, however, it is the cultural heart of France, a reminder of its past, of its immense, nearly unbelievable artistic accomplishments in a time once, quite often called the “Dark Ages.” In St. Joan’s story, we see how Notre Dame encapsulates so much about what France is, and, by extension, what the legacy of medieval Europe is. 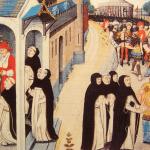 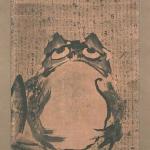 April 18, 2019 Japanese Anti-Capitalism and the Post-Christian Future
Recent Comments
0 | Leave a Comment
"What does this have to do with Catholicism?"
Cbalducc Liberalism, or Rule by Technicality
"I am completely unclear why you are using the word "liberalism" to mean something completely ..."
Iain Lovejoy Liberalism, or Rule by Technicality
"Yes, the end of empire stales the imagination and disables creative and effectual alternatives to ..."
CorneliusFB In the Ruins of Decaying Empire
"Then 80% of of will be equally miserable poor people. The 20% who are more ..."
bill wald Christ Forgives Debts, so Should We
Browse Our Archives
get the latest from
Jappers and Janglers
Sign up for our newsletter
POPULAR AT PATHEOS Catholic
1