How I Came to be Christian (Full Essay)

Enter Christianity. Nietzsche’s anti-Christian invective read more to me like an indictment of liberalism than of Christianity per se. His solutions rarely fascinated me so much as his diagnoses engrossed me. If, once we’d killed God, the best we could do was deny human rights, turn most everything into a form of Realpolitik, and mock our enemies, I knew there had to be something more. Nietzsche did the negative work of clearing the ground. Innately, I knew I had a sense of justice, a desire to see others comforted and loved. And yet, in Nietzsche I found what seemed to be the essence of earthly matters:

We simply do not consider it desirable that a realm of justice and concord should be established on earth (because it would certainly be the realm of the deepest leveling and chinoiserie); we are delighted with all who love, as we do, danger, war, and adventures, who refuse to compromise, to be captured, reconciled, and castrated; we count ourselves among conquerors; we think about the necessity for new orders, also for a new slavery — for every strengthening and enhancement of the human type also involves a new kind of enslavement.

I couldn’t fault this, not at the human level anyway. I knew I didn’t want this, but I could not deny the sad truths at its core. Grant, through whom I first encountered Nietzsche, and who read him because his son was fascinated by him, provided the right lens for my developing understanding. He made it clear that God’s death was an opportunity to return to a more authentic Christianity, unconcerned with liberalism or with fairness, one that embraced a loving God, one who suffered and knows suffering as the correlative to this seeming meaninglessness. This God was not nice, He loved. Suffering was part and parcel of what He promised, a loving reminder of His presence and sacrifice. This God made sense; in Him I could find hope.

Unfortunately, I’ve class very soon and must run. With God’s help, I hope to pick up and further explain my journey tomorrow. In the meantime, I commend you to Qoheleth:

If Nietzsche cleared the ground for my Christianity, sweeping away bland liberalism and all other manner of modern panaceas, Søren Kierkegaard convinced me that only Christianity could fill the void (as if it could be filled in this life).

Plainly put, Kierkegaard’s writing speaks to the modern (and post-modern) experience of fragmented loneliness. As the great opponent of Hegelian systematizing, his writings display a typically Scandinavian taste for irony, harshness, and anxiousness (one need only watch the films of Ingmar Bergman, Lars von Trier, and Joachim Trier to see my point). Two passages from his journals spoke to my teenage soul, long before I could take his theological teachings seriously: “I have just now come from a party where I was its life and soul; witticisms streamed from my lips, everyone laughed and admired me, but I went away — yes, the dash should be as long as the radius of the earth’s orbit ——————————— and wanted to shoot myself.” Here, Kierkegaard channels Augustine. No amount of peer-popularity or earthly happiness suffices to dull our restlessness, our Unheimleichkeit. The second (from about a decade later) develops this idea: “Since my earliest childhood a barb of sorrow has lodged in my heart. As long as it stays I am ironic — if it is pulled out I shall die. A touch dramatic, but true to my own experience (then and now) of using humor to cover over an innate melancholia. Even if nothing can cure the longing, participation in certain modes of living can dull it.

Here I had a Christian who refused to make Christianity something mundane (in both the contemporary and the etymological sense). This man refused to see comfortable bourgeois living as the end-all-be-all of faithful existence. One must make a commitment to serve God and accept all wavering as an inevitability; one cannot serve God and Mammon (that is, the world) because one asks us to sanctify the other, to love it because of Him. Any loving of the world on its own would simply leave us inhabiting an unfair world with limited external consolations. And, as I spoke about last time—the world did not seem to offer much. 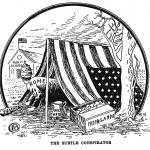 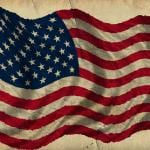