If I Were Still Conservative

If I Were Still Conservative August 16, 2019 Chase Padusniak

Earlier, I was listening to episode six of Know Your Enemy, a podcast about Right-side politics in the United State. As the title suggests, the show is meant for Left-leaners, is intended to help them understand what exactly is going on in this country in the Year of Our Lord two thousand and nineteen. In this case, the hosts were discussing the recent National Conservatism Conference, a gathering of many elite conservatives—Yuval Levin, Peter Thiel, Yoram Hazony, Daniel McCarthy, Patrick Deneen, Tucker Carlson, and Rusty Reno, among others. The aim of this meeting was to rehabilitate the term “nationalism,” and to sell a politics trending in that direction to the American people. This got me thinking: don’t I have a history here?

Once upon a time, I was a conservative. I grew up in a more-or-less Reaganite house. Neither of my parents was dogmatic; in fact, both were socially liberal, supporting abortion access, same-sex marriage, euthanasia, and physician-assisted suicide. The phrase “sometimes life isn’t worth living” was bandied about here and there. Fundamentally, however, we needed balanced budgets, support for veterans, a curtailment of foreign aid, and—perhaps most importantly—to stop the “welfare queens” and illegal immigrants from siphoning off the wealth generated by hard-working Americans. Patriotism was very important too, given that both my grandfathers had served in World War II; we had to, even if the phrase was never used “put America first.” So, the narrative went, anyway.

I towed this line up through high school and most of college; my first year, I became a Hertog Fellow. A couple years later I was an ISI Honors Fellow. I steered the College Republicans through the election of 2012, co-edited the conservative campus newspaper, founded by Antonin Scalia’ now-priest son, blogged for the Intercollegiate Review, and wrote a piece for The Imaginative Conservative. I’ve read Strauss, Voeglin, Kirk, Hayek, Burke, Weaver, and the rest. In short, I followed the path that anyone interested in gaining traction in the conservative movement does; without wanting to sound too much like some supposed ex-Jesuit spilling the beans on Catholic orgies and global power-brokering, I know quite a bit about American conservatism.

For the last few years of this, however, I felt conflicted. As I became more religious, I simply stopped believing that the market could or should rule most things. I kept being told that conservatives did care about the poor, they just believed in doing so in a different way; this, however, made less and less sense to me as time went on. To try and figure out what still made me conservative, to retain some hold on my identity, I began reading figures like George Grant and Phillip Blond. In their works, I found what purported to be a more compassionate form of movement conservatism. Some nationalism was thrown in here and there, but, mostly, I began to see how a person could inhabit the tension between a strong conservative identity and market and small-government dogmatism.

I know I was not the only person who felt this way. Other people in my age group whom I would meet at conferences would sometimes express a similar anxiety. Some (and this is years before the “extremely-online trad” was a well-known trope) moved on to being reactionaries, often monarchists of a de Maistrean bent or fascists. Others read Walker Percy and Wendell Berry, seeking some answer to the corporate power they feared through localism. Still others just seem to have inhabited the tension; many probably still do.

This was all before Trump, before it seemed like establishment conservatism was going anywhere; this was the age of Paul Ryan and the balanced budget. The Tea Party had been tamed and President Obama had to be opposed. This was no time for speculation or redefinition. But, of course, Trump changed all that; his rhetoric, his proposed policies, his very being, all seemed to screech out that some rough beast was indeed slouching toward Washington to be born. Market dogmatism, especially after his victory seemed endangered. 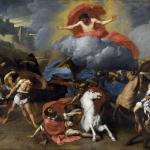 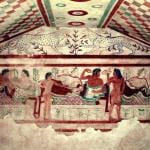 August 20, 2019 Notes from the Academic Necropolis
Recent Comments
0 | Leave a Comment
"This is better than 99.99% of the stuff I've read on this topic.The problem is ..."
Theodore Seeber Catfish: Five Years On
"What does this have to do with Catholicism?"
Cbalducc Liberalism, or Rule by Technicality
"I am completely unclear why you are using the word "liberalism" to mean something completely ..."
Iain Lovejoy Liberalism, or Rule by Technicality
"Yes, the end of empire stales the imagination and disables creative and effectual alternatives to ..."
CorneliusFB In the Ruins of Decaying Empire
Browse Our Archives
get the latest updates from
Jappers and Janglers
and the Patheos
Catholic
Channel
POPULAR AT PATHEOS Catholic
1