Dare We Hope That All Men Not Be Ideologues?

I am in the midst of writing a dissertation. This often (including in my case) produces a certain relationship to reading and writing: namely, it can make people (me) disinterested in works of art, literature, film, and the like. The academic world is not generally one in which “thinking” prevails. I do not mean that there are not many smart academics (most are very intelligent!); rather, I mean that, in an academy that prizes publishing above almost all else, the imperative to produce undermines the task of “thought.” This was noted long ago by Heidegger:

If we, as we are here and now, will not be taken in by empty talk, we must retort that everything said so far is an unbroken chain of hollow assertions, and state besides that what has been presented here has nothing to do with scientific knowledge. (What is Called Thinking, 7)

In part, what he means by “scientific knowledge” is the brick-by-brick, assertion-by-assertion process by which most scholars develop their arguments. We spend a lot of our time familiarizing ourselves with the relevant secondary literature, finding the minutest ways to rearrange what already exists into some “new” argument, some rehashing and organizing that, by assemblage, might excite our colleagues in “our fields.”

I know many wonderful academics who have mastered both the imperatives of the discipline and the call to thought; they have found a way to immerse themselves in critical arguments without surrendering the possibility of truly thinking through, with, and beyond the material. In most cases (and perhaps even in my own!), however, the need to publish, the need to fit into a preordained mold, very often turns us into victims of such “scientific knowledge.” We must place something, maybe even “two things,” in a journal before we finish graduate school: is it not easier to rub old arguments against each other than to see how we might get behind or beyond them?

What follows from this is often a kind of disenchantment; we are not unaware of what we are doing. This lack of zeal is a reasonable response, most especially since the scholarly process has taken what once lit us aflame with passion and made it a discreet object comprehensible within a field of words and ideas, a set of signifiers both historically and theoretically apprehensible with enough reading.

I find myself, though I love the work that I do, in this frame of mind quite often. It infects my own experience of other artistic objects. A film is readily placeable within a certain ideological framework; a song may swiftly be understood to be just another this or that, a reiteration of something that has come before it, conditioned it, a something in whose shadow it stands And so on down the line. We lose track of wonder and “the aesthetic” falls away:

Yet this much might be clear to us right now: we are not dragging Hoelderlin’s words into our lecture merely as a quotation from the realm of the poetic statement which will enliven and beautify the dry progress of thinking. (What is Called Thinking, 19)

Heidegger reminds us of an important point here: he does not merely quote Hoelderlin’s poetry as pretty dross on the true content of real thinking; rather, he puts these words before his audience because the words themselves, in form and content, surface and depth, suggest what he wishes to argue. The art object itself, in other words, must be taken as a whole, not merely as a preconditioned, predetermined “something” to be of interest to thought.

This very well may sound complicated or overly intellectual (and, admittedly, Heidegger often does sound like this). But it needn’t be. What these words remind me is that, when I am not looking at art for art’s sake (though this phrase is itself fraught), I am losing something—namely, complexity, the goad to think for myself. 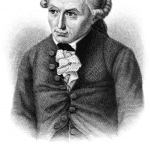 October 29, 2019
Does What You Believe Affect What You Do?
Next Post 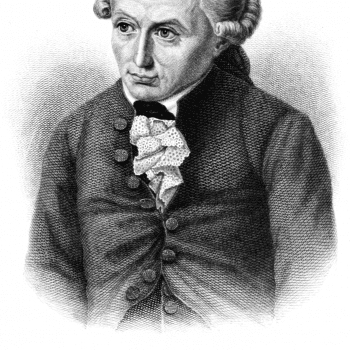 Catholic
Does What You Believe Affect What You Do?
Jappers and Janglers 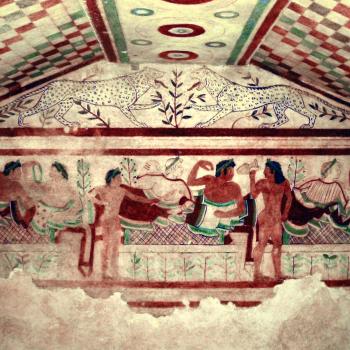 Catholic
Notes from the Academic Necropolis
Jappers and Janglers 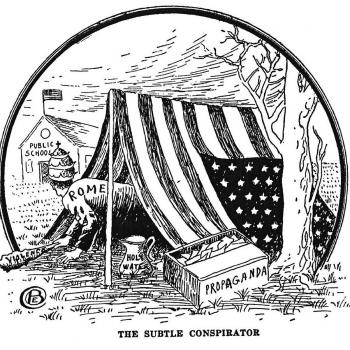