Nietzsche is not one of these—for him, such faith signals the waning of the great when overwhelmed by a tidal wave of sickening anti-elite prejudice. The primary question, historically and psychologically, for Nietzsche is not, as many might suggest, suffering, but instead “why suffering.” A person can take a lot if they have a reason to take it—remove the explanation and you end up with a vain clamoring and tears of strain. Hence, he writes:

The meaninglessness of suffering, not suffering itself, was the curse that layover mankind so far—and the ascetic ideal offered man meaning! It was the only meaning offered so far; any meaning is better than none at all; the ascetic ideal was in every sense the “faute de mieux” par excellence so far. In it, suffering was interpreted; the tremendous void seemed to have been filled; the door was closed to any kind of suicidal nihilism. This interpretation—there is no doubt of it—brought fresh suffering with it, deeper, more inward, more poisonous, more life-destructive suffering: it placed all suffering under the perspective of guilt. (On the Genealogy of Morals, 162)

In Nietzsche’s story, there were once great aristocratic people, the upper crust of any given society: the early Romans, the Greeks, the ancient Chinese and Japanese; these people truly lived life. They were not paralyzed by guilt in large part because they had no room for such a concept (at least not as we Christians and post-Christians might understand it). They took “good” to mean whatever they were: strong, wealthy, powerful, swift, propertied—one could go on and on. On the other hand, there were the poor, whom the elite regarded as “bad,” as an afterthought, as those who were: sick, dirty, powerless, low, debased, etc. He backs this up with philological evidence that I, as a non-expert, find convincing enough. The powerful write the rules. The poor are powerless to do much of anything in a world where they lack bronze or iron weapons and armor. Nothing particularly surprising there.

What separates Nietzsche’s narrative from the norm, however, is that he links the shift from this “master morality” to “slave morality,” to Judaism and Christianity (at least in the Near East and West). The lowborn grew resentful and angry—they needed some way to make sense of their abject suffering, the pain they seemed unable to escape, stuck in the muck and rot of ancient worthlessness. They had to interpret their suffering. And lo—along came these religious ideals, religious ideals that turned “good” and “bad” on their head. “Rich” was now bad; “poor” was now good. Powerlessness, moderation, weakness, patience, charity—these were all now virtues. Conversely, the old great markers of status—a willingness to kill, luxuriousness, power—these were now “evil,” markers of one’s hellward destiny. Sounds great if you’re poor and outcast; sounds even better when it takes over the known world, becomes the way by and through which people think.

Thus “slave morality” became our framework; we, even we post-Christians or post-religious folk of the West, we are indebted to this tradition. Sacrifice is good; selfishness is bad. These sorts of values continue to inform who we are, regardless of our faith. Nietzsche thinks this is rubbish; he suspects anyone who believes this of being a watered-down Christian in disguise. Resentment, you see, never left the “slaves,” “the lowborn.” Their supposedly noble actions are actually ridden with guilt, selfishness, and hatred. Their “asceticism” (a term he uses broadly in relation to Judeo-Christian morality as he sees it) is a farce; it lacks honesty. When we thank someone, we do it to equalize power relations. When we do something for someone, when we sacrifice, we do it to indicate our power. When we do good, we perversely and ineluctably delight in others’ knowing. “Look within!” Nietzsche says, and you shall see just how shallow these promises of goodness and kindness really are; indeed, such trifles are bare extensions of a millennia-old anger, an anger at the meaninglessness of suffering, a resentment of the powerful and naturally blessed.

Anyone who holds up these ideals after the loss of faith (which at least attempts to justify itself by grounding its “slave morality” in the divine will), is a schmuck, a person brainwashed into a lazy, bourgeois idealism. Here, he may as well be speaking to Richard Dawkins, Sam Harris, et al:

Such noisy agitators’ chatter, however, does not impress me: these trumpeters of reality are bad musicians, their voices obviously do not come from the depths, the abyss of the scientific conscience does not speak through them—for today the scientific conscience is an abyss-the word “science” in the mouths of such trumpeters is simply an indecency, an abuse, and a piece of impudence. The truth is precisely the opposite of what is asserted here: science today has absolutely no belief in itself, let alone an ideal above it—and where it still inspires passion, love, ardor, and suffering at all, it is not the opposite of the ascetic ideal but rather the latest and noblest form of it. Does that sound strange to you? (On the Genealogy of Morals, 146-147). 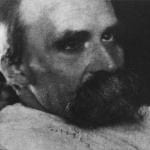 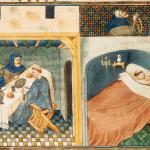 May 4, 2020 Inhabiting the New Normal
Recent Comments
0 | Leave a Comment
"This is better than 99.99% of the stuff I've read on this topic.The problem is ..."
Theodore Seeber Catfish: Five Years On
"What does this have to do with Catholicism?"
Cbalducc Liberalism, or Rule by Technicality
"I am completely unclear why you are using the word "liberalism" to mean something completely ..."
Iain Lovejoy Liberalism, or Rule by Technicality
"Yes, the end of empire stales the imagination and disables creative and effectual alternatives to ..."
CorneliusFB In the Ruins of Decaying Empire
Browse Our Archives
get the latest updates from
Jappers and Janglers
and the Patheos
Catholic
Channel
POPULAR AT PATHEOS Catholic
1

Unmasked: Pride, Malice, And The Spirit...
A Little Bit of Nothing
Related posts from Jappers and Janglers