The Deadly Sin of Acedia

Scripture and leaders in the Early Church speak of deadly vices or sins.  We would be shocked to discover how many of these are still in full operation in our society today.  As this series progresses, we narrow in on one particular scourge in our day, the deadly sin of acedia.[1]


The Deadly Sin of Acedia

Richard Foster says something interesting.  If he were to rewrite his book now, he would start with the sentence . . .

i. “Distraction is a great danger today”

We can talk about everyone’s distractions.  I have mine.  You have yours, etc.  We need to place them at the foot of the Cross.

Just consider 1 question, about your entire household and everyone in it.  It’s about careers and education in your house – every career or school, because school is usually full-time.

Are you in a household with only a single income (1 job) or only 1 person in school?

Do you have a combination of 3 (careers/jobs)?

Do you see how distracted we are?

Do you see how distracted our households are, even in good ways? Richard Foster is not saying that one distraction is too much.

Foster says we are living in an age, an era, of distraction.  We are too busy, but it’s because of the age that we’re in.[2]

We’re not created for this

When we’re fatigued and tired, then it’s easy to sin.  We’re prone to sin.

It’s also easy to give up on reaching for the good things.  We commit the sin of omission.  We’re too tired to fight sin or too tired to reach for God’s best.

ii. The ancient sin of acedia

There’s an Early Church Father named John Cassian.  He’s from the East, but comes down into the West.  He reaches, teaches, and actually researches countless monks all over the east in many monasteries.  He describes 8 Deadly Sins.  What’s interesting is that he’s describing these sins among monks.

Cassian calls acedia the noonday demon, occurring in the middle of the day, at the 6th hour.  Monks are up at the crack of dawn or before, doing morning prayers, working in the monastery, or working in the desert trying to grow gardens in the heat of the day.  Perhaps sometimes they work in the villages.  Monasteries were crucial to the development of civilization.  They were usually the hub of the village.

The monks are very active, so by about noon they’re wiped out.  They’re fatigued and acedia sets in.

10: For even when we were with you, we gave you this command: Anyone unwilling to work should not eat.

We might think, “Well there you go, you lazy bones!  Get out of bed and work!”  Let’s read a little bit further.

11: For we hear that some of you are living in idleness, mere busybodies, not doing any work.  12: Now such persons we command and exhort in the Lord Jesus Christ to do their work quietly and to earn their own living.  13: Brothers and sisters, do not be weary in doing what is right. (New Revised Standard Version)

This is John Cassian’s commentary on this Scripture:

Again he [Paul] says here: “We hear that some of you are walking in disquietude.”  And he [Paul] at once adds a second malady, which lies at the root of this disquietude: “not working,” and a third disease as well, which springs from this like a kind of shoot: “but acting as busybodies.”[3]

Isn’t that interesting?  Busybodies is a form of acedia.

Cassian diagnoses the disease, and he’s qualified to diagnose.  He diagnoses its roots and its symptoms.  He agrees with Paul: the answer is not to chase distractions.

Becoming a busybody is not meaningful Kingdom work.

Paul says the answer is in quietness, in good works, without growing weary.

iii. This is the issue

Do we all see this?  This is one of the problems we’re facing in America, the fact is were running a million different directions every week, and we’re spinning our wheels spiritually.  We’re not growing in the Lord because we’re distracted as homes, families, and fathers.

This is the issue.  So how do we fix the problem?

To free us from distractions, Richard Foster recommends fasting.  Maybe there’s something that’s taking up too much time.  Anything can be a distraction.

What’s taking a lot of your time?

Could you live a week without it?

Sometimes we take away our distractions.  We simplify.  Simplicity is actually a virtue related to fasting.

With the sin of acedia, there is more that we can do.  Instead of removing distractions, sometimes we just need to set a new focus.

This may sound different, but instead of trying to take something away, we add something to.

Instead of taking my distraction to the altar, and trying to kill it right there, maybe I’ll start a habit that counteracts it.

The Dilemma of the Sin of Omission 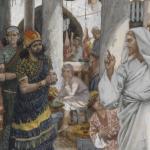 October 18, 2018 On the Mystery of Spirit and Salvation
Browse Our Archives
get the latest from
Jared Ingle
Sign up for our newsletter
POPULAR AT PATHEOS Evangelical
1

Fascism Then and Now
Cranach
Related posts from Jared Ingle 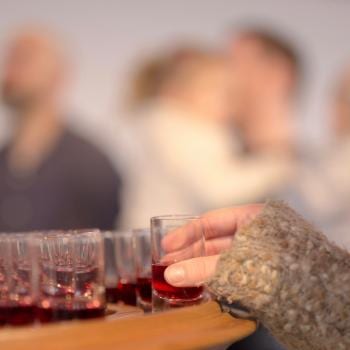 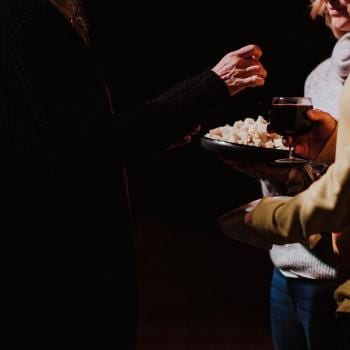 Being a Real Cannibal? A Journalist's Tale
The tyrant, or simply the establishment, promises you treats if you lie....
view all Evangelical blogs
Copyright 2008-2020, Patheos. All rights reserved.