Once again, welcome to the great Northwest corner of Michigan where we can always guarantee a white Christmas.

Today, we’re going to continue our study on Isaiah chapter 9 and the names of God, with Everlasting Father.[1]

I’ve always said that it’s like a good cup of coffee and warm sweater, but I’ve never really had anywhere to go with that, so let’s try another one . . .

When you’re talking to a Theologian who’s also a philosopher.  If you tell the Theologian, “Well, you may be everlasting but you’re certainly not eternal,” you’ve basically told the Theologian that he’s not God.  Some of us need to hear that at times, but I figure there’s too much to explain to that one too, so . . .

As we look at this passage on the Everlasting Father, it’s good to keep that in mind.

So enjoy and Merry Christmas!

For to us a child is born,
to us a son is given,
and the government will be on his shoulders.

And he will be called
Wonderful Counselor, Mighty God,
Everlasting Father, Prince of Peace. (Isaiah 9.6, NIV)

This name for Jesus is interesting.  This is the one that hooked me into this whole study.  I wanted to see what was behind this.  Everlasting Father – there are different ways to translate this.  The New American Standard Bible says Eternal Father, but most say Everlasting Father.

Then I found Young’s Literal Translation, which translates the Greek as close as it can.  He’s called the Father of Eternity.  I dug into the study a little bit.  What we have is not the idea of Father, as in the Father in the Trinity.  However, this carries the idea of time flowing out of him, in the same way that John says the Word flows out of Him, that from Him comes the Word of God.  So we have time issuing from the hand of Christ.

ii. The Messiah is pre-existent

There are different views about this terminology, but there is one underlying truth.  All of them point to the fact that the Messiah is eternal.  He has existed with God forever.

It’s interesting that even the Jews realize this about the Messiah.  In the ancient commentaries from the Rabbis, there are many references about the Messiah as prophesied by Isaiah.  They state that because of this term, and other similar terms in the Hebrew Bible, that the Messiah is pre-existent.  In other words, the Messiah existed before all other created beings.  Now we may think that they understand God as just One.  But in these ancient texts they point to a pre-existent Messiah.  They even point to this Messiah as someone who is higher than humans, and someone higher than the angels and the angelic order.[3]

Why is this important to see Jesus as Eternal?  Because only God has no beginning and no end.  Everything else, other than God, was created.  All the angels had their day of creation.  All of us had our day of creation, and so did the world.  But Jesus pre-exists before creation.  He’s greater!

I wonder, when we consider the Christ-child this year, do we still see Him as greater than all?  Is He still greater than any man or woman, including myself?

iii. Is He Greater than time?

He is the Father of Eternity!

The One Called Wonderful

Jesus is our Counselor

Do we see Jesus as Mighty God?

[2] The Chronicles of Narnia

The Lion, The Witch, and the Wardrobe

The Voyage of the Dawn Treader

Amazon: The Life and Times of Jesus the Messiah 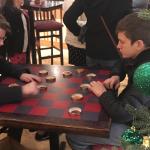 December 15, 2018
The Human Person: the imago Dei and biotechnology
Next Post 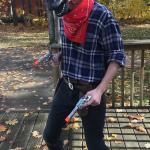 December 21, 2018 at the intersection of Creationism and Theistic Evolution
Browse Our Archives
Follow Us! 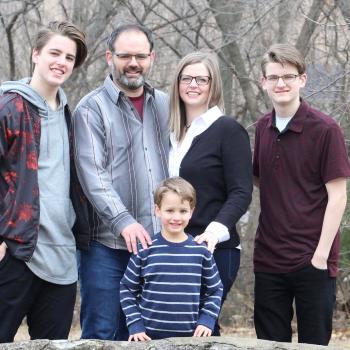 Evangelical
Meet Jared | Tips for Revamping that About...
Jared Ingle 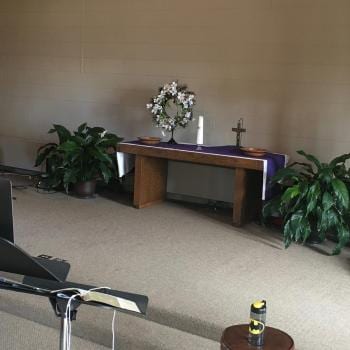 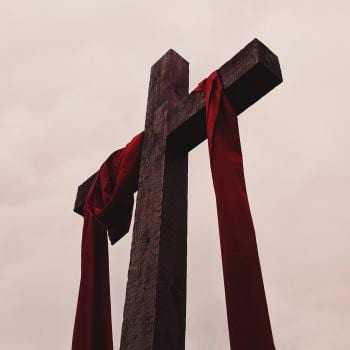 Evangelical
Trinitarian Prayers | How then should we pray?
Jared Ingle
TRENDING AT PATHEOS Evangelical