I’ve seldom spoken or written on habitual problem drinking.  Growing up near Napa Valley has taught me to be careful how I address the subject of drinking.  In fact, I believe I haven’t addressed drinking since Friday 07.20.18.

I have adapted this piece from a study guide.[1]  I have two study guides with nearly 100 pages total.  The guides are not book reviews, but are closer to reaction papers or monographs.  I value one book over the other, The Truth About Addiction and Recovery.[2]

Now that I’m reviewing this writing, I have bulleted my current thoughts.  Some of those bullet points are summaries of larger paragraphs of text.  Other bullet points offer perspective based on my current views.

These are the people that recover from addictions without treatment.  The book refers to, “a large number of famous entertainers and sports figures – and a substantial proportion of the entire male population . . . self-curers make up the large majority of former problem drinkers” (p. 49).

There are some groups where alcoholism is high: “some ethnic and racial groups . . . poorer socioeconomic backgrounds . . . disturbed families . . . men [more than women] . . . and young people” (p. 50).  Some of the ethnic backgrounds that have high alcoholism rates are, “Irish . . . Native Americans (Indians and Eskimos) . . . the Slavs, the English, and some other American Protestant drinkers” (p. 50-51).  Those in the, “working-class population,” become alcoholics more often than college grads.  “Blacks and Hispanics become alcoholics far more often than whites” (p. 51).

There are some basic views of alcohol among those that have more addicts.  “They have a greater fear of drinking and more often avoid it altogether . . . they are more likely to develop a drinking problem” (p. 51).

Irish Americans believe in abstinence as, “the only way to overcome a drinking problem” (p. 51).  “Groups with higher alcoholism rates, like the Irish and Baptists and Slaves and Scandinavians, already fear alcohol and readily accept that alcoholism is a disease” (p. 53).

Perhaps the fact that drinking seems like a greater risk (for those who fear it or believe alcoholism to be a disease) heightens the rush: greater guilt, greater buzz.

“The Italians, Jews, and Greeks (and those from other Mediterranean cultures) and the Chinese have exceedingly low rates of alcoholism” (p. 51).

It’s not the norm, but the Chinese sometimes get drunk.  This is because drinking is part of a social interaction with societal norms, or rules.  “The individual who lost control of himself under the influence of liquor was ridiculed and, if he persisted in his defection, ostracized” (p. 53).  This is in effect the same for Hebraic culture.

“Groups with the lowest alcoholism rates – think of alcoholism as a self-initiated problem that can be controlled” (p. 53).

The book offers 5 definitive phases of drinking problems and of maturing out.  The first one is, “Early maturing out.  Here a person stops drinking excessively as an ordinary part of growing into adulthood, as soon as he or she develops a sufficient foothold in life” (p. 59).

This would be an interesting trail for the developmental psychologist to go down.  The book promotes the idea that over a normal lifespan, we outgrow or discard certain vices.

The second phase is, “Mid-career maturing out.  Here the drinker brings his or her drinking into line with a growing sense of security and responsibility that comes with career accomplishment and stable family life” (p. 59).

This is a good model that the book builds on quite a bit.

Values in life begin to outweigh the value of drinking, or the substance

When these other values increase, the dependence on alcohol decreases.

The third phase is, “Late-emerging addiction . . . This can occur when people’s careers go off track and their early promise dissipates . . . more people become alcoholics because of failure than because of success” (p. 59-60).

This idea is congruent with the Scripture, “Where there is no revelation, the people cast off restraint; but happy is he who keeps the law” (Proverbs 29.18, NRSV).  The idea is that if the person has something to hope for, addiction will not keep him from attaining it.  Another similar Scripture reads, “Hope deferred makes the heart sick, but a desire fulfilled is a tree of life” (Proverbs 13.12).

The fourth phase is, “Late maturing out.  For a person who experiences crisis, decline, or escalating problems, two outcomes are possible: late maturation or persistent addiction” (p. 60).

The person comes face to face with his problems, and walks away from the substance

The book reports that most of these people still quit on their own, even though they’ve hit rock bottom.

The fifth phase is, “Persistent addiction” (p. 60).  The book classifies this type into three categories.

First, there are those who are too socially isolated and economically and educationally disadvantaged… whose alcoholism is marked by greater and greater separation from ordinary life satisfaction and success.  Second, there are those whose subjective experience is so painful that they require regular alcohol intoxication to make their lives tolerable… Third, and overlapping with the other two types of alcoholics, are those who fail to confront their worsening life situation because they are too insensitive to recognize they are escaping their responsibilities… What marks this behavior is moral obtuseness (p. 61).

Alcoholics Anonymous labels this third group as being in denial.  However, the book proposes that they are capable of understanding their problem with drinking, but they fail to take the responsibility for it.

The first thing is that, “children of alcoholics are perhaps two to three times more likely than others to become alcoholics” (p. 61).

As for the disease model, “No genetic marker or set of genes for alcoholism has been identified” (p. 62).

“NO research disputes that alcoholism takes a good deal of time to develop . . . no one is guaranteed to become, or to remain, an alcoholic” (p. 62).

We label alcoholics.  However, what do we do then with this finding?  Alcoholism does not have to be a lifelong problem.

“The first, and still best-known, research of this kind was conducted by Donald Goodwin and his associates with Danish adoptees” (p. 63).

The book turns it around though, and brings out the fact that 82 percent of adopted children with alcoholic parents do not become alcoholic.  That speaks more against an inheritance of alcoholism. 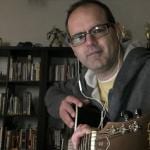 December 6, 2020 on Preparation for Advent
Browse Our Archives
get the latest from
Jared Ingle
Sign up for our newsletter
POPULAR AT PATHEOS Evangelical
1

Doubling-Down on Christian Persecution: The Cost...
The Chorus In The Chaos
Related posts from Jared Ingle 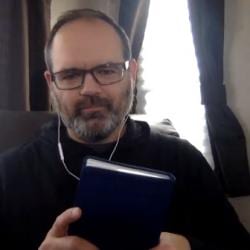 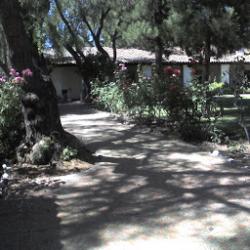