Don’t act like you have it figured out better than Job. He is like your voice when no one else is around and you’re facing terribly difficult times. He’s expressing what you may only express after the kids have gone to bed, or when you get up for your midnight snack because you can’t calm down and go to sleep.

For those who don’t know, I write a couple times per week. One is generally a formal, longread, full article. It’s also usually part of a series I’m delivering. The other article can be anything. I’ve posted a lot of vlogs over time.

On Tuesday, I posted this article:

Koheleth draws our eyes to abuses of power CLICK HERE

You will see nothing in this current article reflecting my normal research strategies. In fact, in recent weeks I’ve shared what I’m tracking personally, as if I’m sharing what is speaking to me. That being said, this is not personal as in some veiled reference to myself, just to be clear. My soul is stirred by issues of Biblical justice at times.

i. I’ve been tracking Thema Bryant-Davis

She’s on faculty at Pepperdine University, a very prestigious Christian institution north of Los Angeles. She could very well become the next APA President. She appeared on CBS to comment on the R. Kelly situation.

She describes 3 types of abuse in marriage very briefly (physical, sexual, and psychological). Unfortunately, there was not much time at the end of the segment, so she was not able to explore the psychological component of abuse as thoroughly as the others.

In all my years of Student Development, Pastoral, and Clinical counseling, I believe psychological abuse is the most difficult to assess, at least for me. It’s not quite co-dependency (which is not really a formal diagnosis anyway).

we all think of verbal abuse, but psychological abuse can be masked

One example would be when the abuser presents as the “victim” of some form of abuse. In this case, the real victim is manipulated, afraid to speak up, and contradict the real abuser; who is actually wearing the mask of the “victim” in his/her social circles.

When counseling a couple, it’s always good to consider:

If the two partners are behaving so differently in counseling, you may want to consider separate sessions in addition to combined sessions, to try to get to the root.

you may be well-versed in counseling the abused

This article is not for you. Granted, I have less experience than someone who has counseled exclusively for most of their career.

If you do not have a lot of experience working with abusive situations, then it never hurts to reach out to a supervisor. It’s not quite like a puzzle. Family dynamics can be more like a tangled ball of yarn.

I would like to have heard more from Thema on psychological abuse, but CBS had to go to anther segment.

This is an excellent song to give people words which may de-escalate a tiff.

A couple nights ago while relaxing after a big day, I was listening to internet radio. It always seems so random. This song came on. I’ve heard it many times. However, in light of the abuse theme, I listened with a new set of ears, so to speak.

Of course, I’m not sure if there are any truths Sarah is sharing from personal experience, or if she is just writing some very insightful lyrics.

Sarah Reeves is a Christian artist, with her roots in worship and Christian indie. She now writes love songs as well.

Fighting is often a step or two above depression. So it’s good to engage, to fight in healthy ways. However, Sarah is saying this is not a healthy fight. It’s seems to have become abusive, although she isn’t using the term.

So the best thing in her mind is to become a little neutral, and speak in love despite the pain. You’ll also notice the tone of the song is pretty mellow.

This is not the normal stance of one abused. She is still actively engaging. She is not rolled up into a ball of knots because she is facing psychological manipulation.

iii. not all suffering is caused by abuses

I didn’t plan any of these things to occur at this time, but they are occurring naturally. Do we pay attention to themes like this, as if they could be gifts from God for us to consider?

In this Scripture I was personally struck by the portions I underlined. These are just Biblical reflections.

Don’t act like you have it figured out better than Job. He is like your voice when no one else is around and you’re facing terribly difficult times. He’s expressing what you may only express after the kids have gone to bed, or when you get up for your midnight snack because you can’t calm down and go to sleep. Job sounds a lot like the Psalms.

The book may have been written so early in time that every one of “Job’s comforters” were reflecting truths people understood about God in very early history. So don’t look down on his comforters either.

We haven’t developed very many Theological approaches on the topic either.

I recall a conversation with one of my teachers who was a psychologist circa 2005. I was going through a difficult time to say the least.

She knew my situation very well, but one of the first questions she asked was, “Are you still angry at God?”

Of course I didn’t blame God.

Both then and now, I don’t believe God would cause such suffering, especially when there are hints of evil involved.

I tried to explain all this, but she trumped me. “Are you angry at God for allowing it to happen?”

there’s a difference between causing and allowing

Suffering is no easy topic. Technically God allows Job to suffer. He doesn’t cause it. What Job faces is way outside of the norm. However, isn’t all human suffering difficult, no matter how minute it seems compared to Job?

Abuse is even more of a hot topic. Hopefully these two articles this week will remind us of those who are in need.

For information about my ministerial and counseling background CLICK HERE

Although I have ministered from coast to coast, I can only offer counseling for residents within the state of Michigan at this point. If you are in Michigan and are interested in online counseling, please click the link above.

October 5, 2021
Koheleth draws our eyes to abuses of power
Next Post 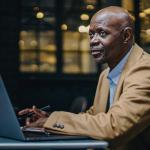 October 12, 2021 The Preacher weighs in on the gift of work
Browse Our Archives
get the latest updates from
Jared Ingle
and the Patheos
Evangelical
Channel
POPULAR AT PATHEOS Evangelical
1 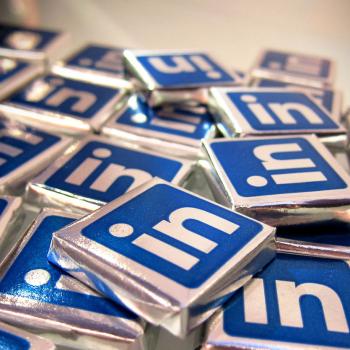 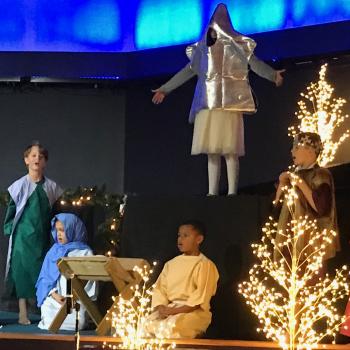 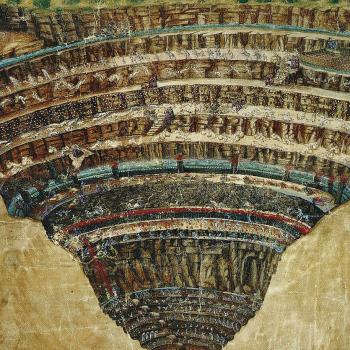 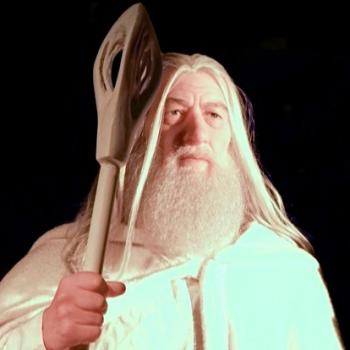