Wares can seem neutral, possibly can be something beyond like trinkets, maybe even charms. I would’t read to much into it. It’s not quite like angels una|wares, and it may not be as bad as spilling the beans or spilling the entrails to read, but in this passage it’s something to be a|ware of. Apparently it’s as if our Lord is saying your wares are diminished Tarshish; in this case.

in exchange for silver, iron, tin, and lead. Merchants from Greece,

This is the Hebrew or Aramaic term Javan. It’s difficult to tell because there’s not a “J” in Yiddish, at least to the best of my knowledge. I’m not sure, was it 1010 when the areas North of Switzerland translated the Bible from the Vulgate or the LXX, which was the Greek translation of the Hebrew Bible most likely alluded to often in the N.T.? Javan could be completely unrelated to indigenous neighbors from the Indus Pacific (Malay Archipelago). Have you ever seen a Greek fisherman hat? Apparently there were plenty of other seafarers beyond the Phoenicians. Now it may be bad etymology, but in Greek today, Javan simply is Java. By the way the Indu-Pacific (and neighbors) is one of the three primary coffee growing regions of the world.

Tubal, and Meshech brought you slaves and articles of bronze to trade with you.

“From Beth-togarmah came riding horses, chariot horses, and mules, all in exchange for your good. Merchants came to you from Dedan.

In currents of translation, Dedan is of Somali origin, a nation in E. Africa. There are assorted helpings of a docuseries|es I have access to stating there were at one point very good trade and sea roads, so to speak between very large kingdoms on the Eastern sea board, perhaps Italy and Europe, and also with the Indus-Pacific. The evidence for these types of things is beyond me, since pottery is the main indicator for land, or one of the main indicators of a people group. If the roads to the see are easier to chart with the your round compass, astrolabe, or whatever, then why reinvent the wheels?

Numerous coastlands were your captive markets; they brought payment in ivory tusks an ebony wood.

It’s random, but in the Hebrew it’s Aram or Edom, even in Amharic, a language of some Somalian neighbors. Perhaps the Aramaic language grew later in the Hebrew Bible from connections forged with this Amharic region of Africa, with archeological origin stories hinting at the Queen of Sheba. There are desert fortified cities in all areas of the globe under protection of UN or national parks I imagine, still today. People are posting all over the ticker. It’s random, but try hanging out in John Chrysostom’s greater territory, which could have been more like a hemisphere, and defending the Gospel there as well. I don’t think you really want to go there.

For figs, there’s often a lot of mystery, especially with the pericope or two of Jesus in the N.T. Perhaps He would’ve liked Fig Newtons today, and others might also if Fig Newtons would stay away from the milk and use zumers. For those who don’t know, zumer could have been one of those healthy wheats from right in the middle of the aNE Greco-Roman geographical region we have lost track of over time with all of our hybrids and synthetic botch-ups that get too oily and wear can even wear out a big engine, like a particular region that swears by a certain kind of homegrown bread; keep it in the family.* I know it’s random and kind of silly. Nevertheless, in the aNE Hebrew, the actual meaning of figs is absolutely uncertain, unfortunately.

*I’m usually trying to ask questions to assist others. I don’t think it’s a pity to attempt to minister in one way or another on a schedule. I’m even trying to schedule incoming call times and notifications. If it’s important enough they’ll leave a message.

When in person with people, as we were reminded of at a business meetup Sunday, the phone on the table says I’ve got other things just as important as our common meal.

What type of message does this convey?

What is normally missing from GIFs and memes with real formal dining?

It’s not all the wares and utensils we know little about from our global networks and the way people dine out. Usually, what’s missing from the table is not Stevia, not salt, not coffee the way the house would make it (stale or not), but it’s the phones on the table.

What if our conversation was not about texting but about exchanging recipes, perhaps sharing a common meal like some ristorantes do, a serving for two and others perhaps? We’ve had common meals of up to 10-15 people, with multiple courses and common dishes to share, in an actual restaurant. Times have changed.

Do you need anything?

Do we all pass around to our right?

Would you like me to pass the lentil, thai, black bean, chicken noodle, or these other types of healthy soups recommendations?
All right then, absolutely!

Do we eat with the bowl in the left hand tipping forward, and the spoon tilted forward scooping away from us so we can see those around us?

Do we excuse ourselves from some activities, movies, or games, as the evening progresses, no matter how formal?

This is the clincher.

How far does fellowship extend?

Universal does not mean the same thing to all, no matter how you slice it. However, there are recognized ecclesial communities, and there are neighbors who perhaps we can find common ground with, even if they only do not completely become church members.

As Christians we should not be afraid to open the doors of fellowship and simply say come and see, right?

Let’s not try to repatriate or expatriate them to their former religious peoples before they even get settled in, in a church polity way of speaking. I’m not really political at this moment; polity not politico. I guess we all need to feel somewhat secure because our members are our greatest vested interest. However, there is not harm in guiding others along The Way through various means into a closer walk. It’s another way of doing church polity. This is the applicable crux of the passage, in my opinion.

September 2, 2022 do you all need something to write on?
Browse Our Archives
Related posts from Jared Ingle 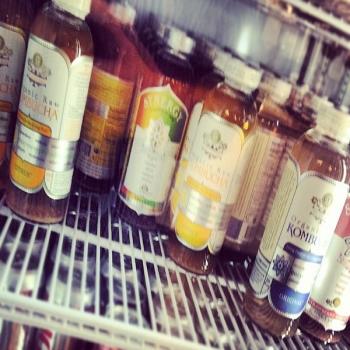 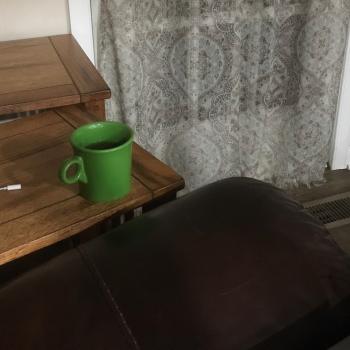 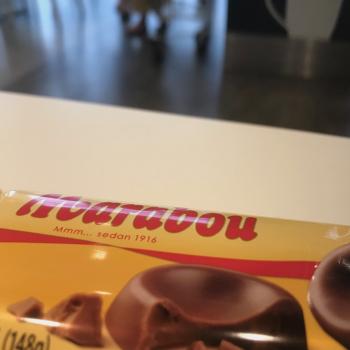