Get newsletters and updates
Close
get the latest from
Breathing Room: Faith Beyond Either/Or
Sign up for our newsletter

Get updates from Breathing Room: Faith Beyond Either/Or delivered straight to your inbox

What San Lucas Toliman, Guatemala and Bend, Oregon have in common. 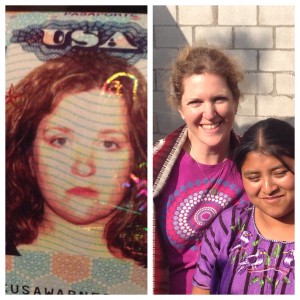 On the shuttle at the San Francisco airport today, I sat next to a woman headed home to Oregon. In the few moments we shared, we chatted about where we’d been and where we were going, sharing a moment of connection in our day of travel.

I would never have done that three years ago.

I grew up in the San Francisco Bay Area, went to school in Southern California, lived in Budapest, Hungary and then back to the Bay Area for the first 40 years of my life. While my small town grandparents never knew a stranger, I worked hard to cultivate an urban, detached presence. In Europe especially, I mocked those over-friendly Americans that smiled at everyone they encountered. My current passport picture is a sad attempt at that cool continental aloofness that I sought to disguise any hint of being a naive American.

Then I moved to Bend, Oregon. Bend is a growing town of 80,000 that retains a small town culture. It’s quite common to greet every person you see, talk to strangers in the checkout line, and give drivers the right of way even when it’s yours to take. In the last 30 months, my adrenaline-pulsed city pace has disappeared. I regularly find myself driving under the posted speed limit and talking to people I don’t know. When I spent a day in San Francisco last year, three people thanked me for being so nice as I interacted with various service providers and residents. Hm. Apparently I’ve lost that urban demeanor I worked so hard to gain.

This is the third year that I’ve spent 10 days in the community of San Lucas Toliman on the shores of Lake Atitlan in Guatemala. San Lucas has minimal tourism and minimal contact with the outside world in this town. The native Mayans are a majority and the poverty is significant. Everyone greets you with a smile. The welcome that we receive is unparalleled. In the time I have spent there, I have rarely felt there was an agenda attached to their kindness, only a desire to connect. So, while there are many differences to my home in Bend, there is a common openness and lack of pretension that my soul recognizes.

There are cultural differences that account for the urban aloofness in Europe or in big cities. People are not trying to be rude and the rules of social exchange are not wrong, just different than they are in Bend or in San Lucas. I get that. When I travel to Europe next, I will speak more quietly and smile less. I’ll pack denim and black clothing and I’ll enjoy how anonymous urban life fosters my introversion in a way small towns never can.

But my soul needed a small town. It needed Bend, Oregon. It needed San Lucas Toliman. It needed to let go of pretension. It needed to know the grace of strangers. It needed the healing power of receiving and giving kindness. These towns have given me a sense of mutuality and community that feels like a second innocence, regaining a childhood confidence that I am safe in the world just as I am.

In Guatemala, I read a book by a North American who lived with the Tzutujil Mayans on Lake Atitlan for many years. He became a leader in their community and was deeply immersed in their culture. He tells the story of coming into some money and going around the village paying back debts that he owed to the villagers. When they realized what he was doing, they began to yell, cry and throw rocks at him. After much distress, they communicated that they wanted him to be in debt to them. It was his debt to them and their debt to him that kept them connected. Only those who were not fully human would not want to owe anything. It is less than human to hold back, to keep track of what is owed to whom and to live an isolated independent life.

“Owe no one anything except to love one another,” the Apostle Paul said in a profound twist of logic. Love is the greatest debt we can incur and the greatest capital we can invest. Small towns have taught me what the most sophisticated city could not – the transformative power of kindness, the gift of being present and the beautiful unrepayable debt of love.

December 19, 2013 How To Christmas #1: Listening to Christmas Music
Recent Comments
0 | Leave a Comment
"I find the idea of the article interesting. Sometimes a smaller group or people that ..."
Trevor Rowland Book Response: How to Be a ..."
"This article is very insightful sometimes I feel like going to church just seems like ..."
Trevor Rowland Book Response: How to Be a ..."
"Basically what I got out of this is the story of Nelson Mandela provides hope ..."
Trevor Rowland Privileged stories
"So good, Jenny."
idelette Privileged stories
Browse Our Archives
get the latest from
Progressive Christian
Sign up for our newsletter
POPULAR AT PATHEOS Progressive Christian
1

The Purity Codes are Killing Us
Paperback Theology
Related posts from Breathing Room: Faith Beyond Either/Or