Baylor’s Research on Religion podcast this week features a long interview with your diarist. This is the second time I’ve been on host Anthony “Tony” Gill’s program (first time here). There’s too much there to even try to unpack in one blogpost, so I’ll stick to one item: the declining church attendance of younger Americans.

Religion in America has always been highly mobile. Indeed some scholars think that is what has made it so effective. Philip Jenkins several years ago put to me the idea that Americans are so much more religiously observant than Europeans because we’re not very rooted.

We move around a lot and need a means of fostering a quick sense of belonging for ourselves and our immediate families. Whenever we move into new places, churches are the most effective institutions at grafting us into the local community.

You may doubt this explanation — I did when Jenkins first shared it with me — but put that aside for now. What do we know, demographically speaking, about younger Americans — Millennials and perhaps late Gen X-ers — that makes them different from their parents?

Here’s my stab at an answer:

1) They’re poorer. This is almost always the case with younger people but the kids these days may be structurally poorer than their parents. They have a much harder time finding jobs and wage growth is pretty slow.

2) They’re more urban. The white flight of the 1970s has partially reversed itself, with a younger cohort pouring back into the cities.

3) They’re less mobile. Fewer have cars and those that do drive them more sparingly.

(I have excluded all issues of family formation in order to keep this from becoming a full-blown treatise. You’re welcome.)

The lack of mobility is a direct consequence of the first two differences. Younger people don’t have money for cars and in cities they can take public transport or hail a cab.

This de-carization of the kids has knock-on effects, including a reduction in trips, a narrowed perspective and fewer spontaneous moves. With a car, you can find yourself in all kinds of new places and decide to pack a bunch of your stuff up and move there. Without, it’s harder to find the places and it takes more planning to get there.

Add to all of this the fact that American religion is what economists would call a “lagging indicator.” Employment is the oft-cited example of this term. Strong economic performance spurs job growth, but it takes time.

For much of this country’s history, people poured into frontier territory. Badly needed civilizing forces came later. Churches followed pioneers and took some time to establish beachheads and integrate newcomers.

A more pedestrian but similar thing happened in the last 40 years with the growth of America’s suburbs and exurbs. People moved there from the cities and religion came with them and adapted to new circumstances.

Thus, Tony Gill says in the podcast, we saw the rise of “non-denominational” Christian bodies. And also, I would add, megachurches.

At the same time, many city-based churches consolidated or closed down entirely. Their members were moving away and the struggle to keep them open hardly seemed worth it, because the future was elsewhere.

Well now the future, for a good number of younger Americans, has boomeranged. They find themselves un- or underemployed in cities without the great number of churches that our metropolises once boasted of.

Twenty- and early thirty-somethings don’t have cars or a lot of money and so they are staying put, more or less. They are certainly moving around within a much smaller radius than their predecessors. Community is easier to foster because, in these new straitened times, community is basically the people you’re stuck with.

That these folks find church relatively less useful than their parents should not come as a great surprise.

July 31, 2012 View of My Fridge
Recent Comments
0 | Leave a Comment
"Buckley WAS a crypto fascist. Vidal Misspoke.There was no parallel between Vietnam and WWII except ..."
Ken Kaplan Gore Vidal Didn’t Stay Plastered
"Thank you for this. For me, Good Friday has always been a day of deep ..."
Meagan Rose Serrano The Day God Died
"1) did Jesus know he was God? If yes then he knew he couldn't really ..."
chris turner The Day God Died
"Feeling as emotionally out-of-control as Jesus?www.awkwardmomentsbible.com..."
Tim Hamner 50 Shades of Hitler
Browse Our Archives
get the latest from
Evangelical
Sign up for our newsletter
POPULAR AT PATHEOS Evangelical
1 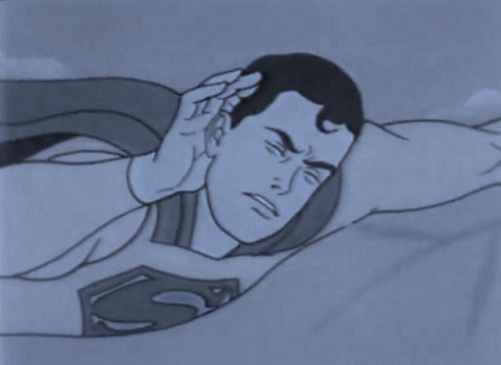