If time allows, I may have much more to say about this sermon preached by Mars Hill Pastor Mark Driscoll that Real Clear Religion linked to this morning. But for now let me just observe, from the point of view of a pastor’s kid, that pastors are natural lawbreakers.

You see, Justice, ideally, is blind. Pastoral care is very particular. The Revs. must sometimes excuse or even cover up minor lawbreaking in order to put the penitent on the same path that we would hope punishment would push them toward.

I believe this pastoral lawbreaking has been, on the whole, a good thing. That’s not the same thing as saying I agree with or condone all of it, obviously. But on at least one occasion in my Protestant days — not, it should be said here, at the behest of Rev. Robert Lott — I assisted in it.

It used to be the case that we carved out a space at least tacitly recognized by law whereby we gave pastors a lot more wiggle room. We allowed this because we understood that their efforts, taken together, were more likely to produce good results for society and — who knew? — perhaps in the hereafter as well.

The old consensus might have made a bit easier but did not really condone pastoral abuse. Pastors who were seen to have “cashed in” or who were caught up in scandals were subject to shaming, defrocking and occasionally legal sanction.

We can read Driscoll’s sermon as a recognition of the fact that pastoral wiggle room is going away. This is depressing because if any group of Revs. has the ability to try to push back, it’s megachurch pastors, with their large flocks and easier access to media.

Moreover, given Driscoll’s large flock and years of experience, I would be genuinely shocked if he hadn’t occasionally bent the law to help a parishioner or two. And if he hadn’t, I would worry that he isn’t really doing his job. The law condemns. That is its job. Pastors exist to extend God’s forgiveness.

August 17, 2012 Play It, Gothard Girls
Recent Comments
0 | Leave a Comment
"Buckley WAS a crypto fascist. Vidal Misspoke.There was no parallel between Vietnam and WWII except ..."
Ken Kaplan Gore Vidal Didn’t Stay Plastered
"Thank you for this. For me, Good Friday has always been a day of deep ..."
Meagan Rose Serrano The Day God Died
"1) did Jesus know he was God? If yes then he knew he couldn't really ..."
chris turner The Day God Died
"Feeling as emotionally out-of-control as Jesus?www.awkwardmomentsbible.com..."
Tim Hamner 50 Shades of Hitler
Browse Our Archives
get the latest from
Evangelical
Sign up for our newsletter
POPULAR AT PATHEOS Evangelical
1 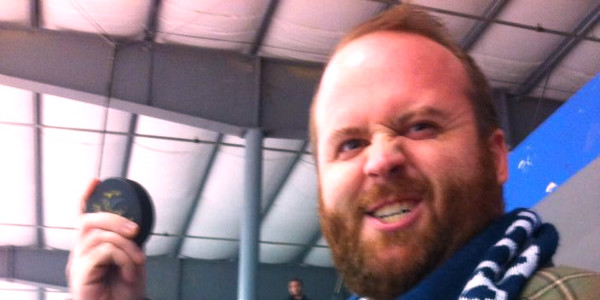 Evangelical
Please allow me to reintroduce myself
Jeremy Lott's Diary