This New Republic take wins the prize for stupidest piece — so far! — on Mitt Romney’s choice of Paul Ryan the GOP nominee for vice president. That much was obvious from the title, but I had to read the whole absurdist article, just to make sure a weekend editor hadn’t wildly misrepresented Noam Scheiber’s cockamamie point.

(Sure, there are more insults than usual in the above. But really, one can only read so many so much of his invective-laced prose — “lunacy”; “fatwa”; “political salvation through ideological extremism”; etc. — without sniping.)

Scheiber says that there are “two ways” to read Romney’s VP pick. The first is, How does it affect the race? But that perfectly sensible mode of evaluation holds no interest for him.

So what’s behind door number two?

“The rationale for the Ryan pick,” writes Scheiber, “strikes me as pretty clear.” Nominating the Wisconsin congressman “is the way Romney and his aides escape blame for their now-likely defeat — blame which would have vicious and unrelenting — and pin it in on conservatives instead.”

Oh balderdash! Romney is a smart guy but he’s just not that calculating a figure. He’s been laying the groundwork for this campaign for the last six years and he’s going all in.

Romney has picked a candidate who has proven both dogged and articulate and, sure, conservative, to help flip the electoral college from blue to red. It might work or it might not, but picking Paul Ryan wasn’t about damage control or ideological spinning.

August 12, 2012 I Really Am Out to Get Me
Recent Comments
1 Comment | Leave a Comment
Browse Our Archives
Related posts from Jeremy Lott's Diary 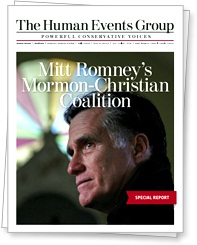