The suspect in the synagogue shooting near San Diego, California, where one person was murdered and three more injured, is a 19-year-old white man named John Earnest, according to Sheriff William Gore. One of the wounded was the Synagogue’s Rabbi Yisroel Goldstein who was shot in the hand during Shabbat services — but insisted on finishing his sermon—before being taken to the hospital.

Gore confirmed that a manifesto in his name was published on Saturday morning on an online message board popular with the far-right nationalists. The writer of the manifesto took credit for an unsolved arson at a mosque last month in Escondido, nine miles away from the Poway synagogue. Earnest is now being investigated in relation to that incident, Gore said.

The manifesto, which also claims Earnest was a nursing student, is filled with anti-Semitic invective and cites Christian Bible verses to justify his actions.

All this teaches us that everyone should be constantly reminded that religious extremism is ultimately self-destructive to both its self, and its supporters. In the words of the poet W. B. Yeats: “Things fall apart; the centre cannot hold… The best lack all conviction, while the worst are full of passionate intensity.”

Our religious and political leaders could help improve interfaith relations by constantly repeating the important lesson taught by the German Protestant theologian Pastor Martin Niemöller (1892–1984) about the cowardice of German intellectuals following the Nazis’ rise to power; and their subsequent purging of their chosen targets, one group after another group:

And our religious and political leaders could also help improve interfaith relations by constantly repeating the important lesson taught by an eleventh century Spanish Muslim theologian:

Declare your jihad on thirteen enemies you cannot see – Egoism, Arrogance, Conceit, Selfishness, Greed, Lust, Intolerance, Anger, Lying, Cheating, Gossiping and Slandering. If you can master and destroy them, then will you be ready to fight the enemy you can see.
—Al-Ghazali

Allen S. Maller is an ordained Reform Rabbi who retired in 2006 after 39 years as the Rabbi of Temple Akiba in Culver City, California. His website is: www.rabbimaller.com. He blogs at the Times of Israel and his book ‘Judaism and Islam as Synergistic Monotheisms: A Reform Rabbi’s Reflections on the Profound Connectedness of Islam and Judaism’ (31 articles by Rabbi Maller previously published by Islamic web sites) is for sale ($15) on Amazon. 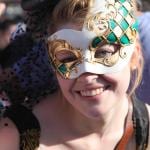 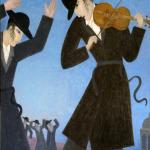 May 10, 2019 Hanah the Tzadekit—a Mother's Day Model for Hassidic Jews and All Others
Browse Our Archives
get the latest from
Jewish Voices
Sign up for our newsletter
POPULAR AT PATHEOS Jewish
1 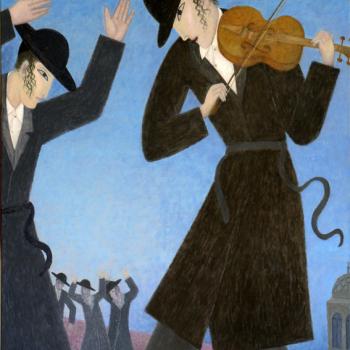 How (not) to tackle antisemitism in the Age...
For some in the Jewish community, the defeat of the Labour Party...

Hanukah Faith in a Time of Oppression
In December, when the dark nights grow longer and longer, Jews throughout...
view all Jewish blogs
Copyright 2008-2017, Patheos. All rights reserved.