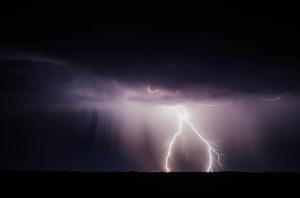 Some people went to a zoo and were amazed to find a cage with a fox and four chickens inside and a sign hanging on the front that read: “Peaceful Co-existence.” The people were amazed at this and asked the zookeeper how the fox and chickens could get along with each other. The zookeeper said, “Oh, it’s very easy to maintain this arrangement because all we have to do is occasionally toss in a few more chickens.”

In any relationships which come across conflict, there will be challenges. Conflict does not immediately come up. It occurs over time. The Bible shows in these verses how the conflict stages occurred. If you are one who sees that you argue often and you seem to think that your relationships are requiring therapy, then perhaps you could be the one causing the conflict.

STAGES OF CONTROL THAT CAUSE CONFLICT

Diotrephes was making a deliberate attempt to ignore other people. He would not accept the hospitality of others. He shut other people out.

“I wrote a letter to the congregation. But Diotrephes, who loves to be in charge, won’t accept us.” (3 John 9, GW)

Diotrephes chooses to resist other people. This is the first stage. Simply put, you start a conflict by not listening to someone else. You shut them out. You don’t pay attention to their interests. You don’t submit to their authority through love. Instead, you try to take control of the situation. Just as Diotrephes wants to be “in charge,” many times, the way a person starts a conflict is through resisting someone else.

There are two types of resistance: passive and active. Passive resistance is when you don’t openly say something – you just ignore, you don’t listen, you don’t respond. There may not even be words exchanged. You just resist. You think: “I won’t do this, and I will show my resistance by not paying attention to the other person.

What was the situation that caused this conflict? It was probably a disagreement over mission philosophy. John reminds Gaius that the church here had accepted John’s original teaching about accepting missionaries, especially ones who were not being paid, and who were not formally tied to another church. Gaius was one who accepted John’s advice (because John was Jesus’ brother at this time) and so Gaius helped these missionaries. Diotrephes, on the contrary, did not love these strangers. He did not like the idea. Perhaps this was related to the given by John in 2 John:

“If anyone comes to you and does not bring this teaching, do not receive him into your home, and don’t say, “Welcome,” to him;” (2 John 10, HCSB)

As a result, there was a disagreement that led to conflict. This brings one to the second stage of control in the process:

“This is why, if I come, I will remind him of the works he is doing, slandering us with malicious words…” (3 John 10, HCSB)

The second stage of control is criticism. Criticism is a form of active resistance. You go from saying nothing and ignoring, to saying something. Criticism, in this case, is really lying. Rumors, gossip, wicked nonsense, babble and false accusations – whatever you call it, criticism that is based on lies is wrong. There are good forms of criticism (also called constructive criticism which is based upon truth), but this criticism that leads to conflict is based upon lies, not truth.

“…And he is not satisfied with that! He not only refuses to welcome the brothers himself, but he even stops those who want to do so and expels them from the church.” (3 John 10, HCSB)

What is Diotrephes doing? He is openly isolating two groups of people. He is telling the guests that they cannot come into his home (sounds like he doesn’t love them does he?) and he won’t let others bring guests in as well.

In context, if this is about traveling pastors, you might see how Diotrephes could start to think this way: he wants to protect the church from false teaching. In practice, however, he shows that his interests are not for the church as a whole, but for himself.

You can also see that this is active isolation. From the wording in the original Greek, the implication is that Diotrephes did not do this just one time. He has had a habit of isolating others. He has been in a habit of controlling other people in the church for some time. He was trying to be the boss of the church and he used many ways to do this. He controlled the situation by refusing to read John’s previous letter to the church. Apparently, John had written a letter about this missionary policy and Diotrephes intercepted it. (This letter is different than the letter entitled 2 John.) Then Diotrephes would go around spreading rumors and lies about John. Finally, he isolates other people in the church.

The last stage is active control. This is when you have overpowered someone else by elimination. You have total control of the situation because you have eliminated your competition. While we should be brothers and sisters in Christ, there are people (even Christians) who try to control one another – even to the point of excommunication. As you will see, the reasons for excommunication, in this case, were not valid.

The word here means to actively eject someone out of the assembly. This literally calls up the picture of someone kicking another person out of the church. The principle of control is total selfishness. I am going to control my wife, my husband, my workplace, my friends, my own little private space that is mine.

VISUAL: You can’t shake the hand of another person when you make a fist.

The first way many people respond to conflict is with the “my way” method.

Two knights were traveling toward each other on the same road when they came to a shield suspended between them. One of the riders said it was gold, while the other insisted it was silver. Soon they were fighting about it. When it was over, they discovered that they were both right – and both wrong! The shield was gold on one side and silver on the other side.

The second way many people respond to conflict is the “no way” method.

These people usually back away from conflict and refuse to face it. They do whatever it takes to avoid an argument.

That’s like the husband and wife who had a really bad argument. The wife came crawling to her husband on her hands and knees screaming: “Get out from under that bed you coward!”

The third way that some respond to conflict is with the “your way” method.

This is when they just say, “have it your way.” This is the kind of person who always gives in to the other person. They just roll over and play dead. They keep stuffing their emotions inside until their bitterness swells within them like a shaken can of coke. Then they explode and spew!

The fourth way that many people respond to conflict is with the “halfway” method.

This is where they try to compromise. They win some of the time and the other person wins some of the time. It’s a win/lose proposition. This way might be better than the other ways we have looked at, but it’s still not the best way to respond to conflict.

So, how does God want us to respond to conflict?

There is a good way to respond to conflict. This good way is God’s way and is clearly outlined in the Scriptures. We have an example of how to deal with conflict the way Jesus said to do it. The book 3 John gives us an application of what Jesus taught.

It is always more rewarding to SOLVE a conflict than to DISSOLVE a relationship.

Expose lies with the truth.

“…I will remind him of the works he is doing, slandering us with malicious words…” (3 John 10, HCSB)

These reality talk shows should be called the “shout shows” the way they respond to each other. You don’t have to shout. You can talk through a conflict, not acting through one.

“We love you Diotrephes, but we do not agree with what you did. This is wrong. You need to stop this.”

Always talk the conflict to a resolution. People can work out their differences in conversation. It takes a calm spirit, and a willingness to understand. It also requires exposing lies. Lies that are left in the dark unexposed lead to dissension and disorder.

End conflict on a good setting

However you decide to work out the conflict, always end it on good terms. Make sure everyone comes away a winner.

Photo by Brandon Morgan on Unsplash

3 John 1-8 How to Build Lasting Relationships

February 8, 2007 3 John 11-12 How to Communicate Effectively
Recent Comments
0 | Leave a Comment
"i really gain a lot of insight on how to defend marriage. This article was ..."
Nathan Andreas Mark 10:1-12 How to Defend Biblical ..."
"Excellent exposition, Jim -- Yes, and discernment is actually a free gift of the Spirit ..."
tovlogos What Christian Growth Looks Like
"Good analysis. For the generational gap the means of information doesn't change the content."
Jesse H 5 Major Fault Lines in the ..."
"Good study ....but example from ot charater may be inserted"
A TAMIL MARAN Nahum 1:1-7 Giving Comfort
Browse Our Archives
get the latest from
Jim Erwin
Sign up for our newsletter
POPULAR AT PATHEOS Evangelical
1

Why Aren't the Other Slavers Getting...
Cranach
Related posts from Jim Erwin