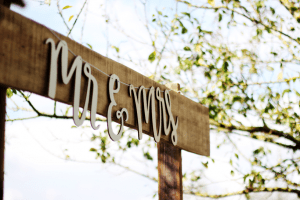 Genesis 2:18-24 Created for Marriage What Is Marriage – Part 1 is the first in a two-part sermon series on marriage.

Therefore a man shall leave his father and mother and be joined to his wife, and they shall become one flesh.
(Genesis 2:24 NKJV)

This verse describes what is called the “creation principle of marriage.” There are four definition boundaries of marriage.

And the LORD God said, “It is not good that man should be alone; I will make him a helper comparable to him.”
(Genesis 2:18 NKJV)

So God created man in His own image; in the image of God He created him; male and female He created them.
(Genesis 1:27 NKJV)

But from the beginning of the creation, God “made them male and female.’
(Mark 10:6 NKJV)

who take part in sexual sins, who have sexual relations with people of the same sex, who sell slaves, who tell lies, who speak falsely, and who do anything against the true teaching of God. (1 Timothy 1:10 NCV)

Never have sexual intercourse with a man as with a woman. It is disgusting.
(Leviticus 18:22 GW)

BOUNDARY #2 – “leave his father and mother”

That’s why a man will leave his father and mother and will remain united with his wife, and the two will be one. So they are no longer two but one. Therefore, don’t let anyone separate what God has joined together.”
(Mark 10:7-9 GW)

A contract is signed. A covenant is declared. A commitment is made. All three are parts of marriage. Marriage, from God’s point of view, is about community. He wants us to experience community by becoming one. Two different lives join to be one. Marriage, when the proper boundaries are applied, becomes everything that God created it for.

Photo by Micheile Henderson on Unsplash

The Influence of a Wife

Job 31:1-12 Fireproofing My Marriage and Family

February 8, 2007 Romans 12:9-16 Completed for Marriage
Recent Comments
0 | Leave a Comment
Browse Our Archives
get the latest updates from
Jim Erwin
and the Patheos
Evangelical
Channel
POPULAR AT PATHEOS Evangelical
1

What the Bible Says about Old...
Cranach
Related posts from Jim Erwin