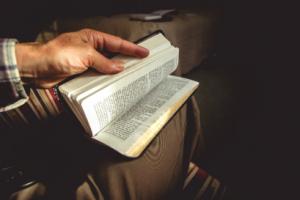 “God said to Moses in Midian: “Go. Return to Egypt. All the men who wanted to kill you are dead.” So Moses took his wife and sons and put them on a donkey for the return trip to Egypt. He had a firm grip on the staff of God.” (Exodus 4:19–20, The Message)

In the previous chapter, God appeared to Moses in a bush, which was burning, but never consumed. God appeared to Moses and called him to lead the people of Israel out of Egypt, where they were slaves. During this conversation, Moses gave what seemed like various excuses why he could not do the job.

“But Moses asked God, “Who am I that I should go to Pharaoh and that I should bring the Israelites out of Egypt?”” (Exodus 3:11, HCSB)

He questions whether he is the person to do the task.

“Then Moses answered, “What if they won’t believe me and will not obey me but say, ‘The Lord did not appear to you’?”” (Exodus 4:1, HCSB)

He questions whether the Israelites will even obey him; whether he has the authority to do the task.

“But Moses replied to the Lord, “Please, Lord, I have never been eloquent—either in the past or recently or since You have been speaking to Your servant —because I am slow and hesitant in speech.”” (Exodus 4:10, HCSB)

He questions his ability to do the task because of his disabilities.

He pleads with God to send someone else to do the job.

It appears after this encounter that Moses will do the job. But it becomes clear that Moses still has reservations. Why?

“God said to Moses in Midian: “Go. Return to Egypt. All the men who wanted to kill you are dead.” So Moses took his wife and sons and put them on a donkey for the return trip to Egypt. He had a firm grip on the staff of God.” (Exodus 4:19–20, The Message)

He clearly thought that the people who want to kill him are still alive. This is the real reason why Moses objected to the task that God gave him. In essence, Moses couldn’t let go of his past and serve God.

Moses is not alone. Many people can’t let go of their past and serve God. They may put up other excuses and objections, but the real reason is that they had something in their past which prevents them serving God in the present.

This is why Moses could leave Midian in confidence on the way to Egypt. He can take a firm grip on the staff of God and follow Him into a new adventure.

The lesson which becomes clear is that you have to let go of your past in order to serve God. God knows about your past. He knows and He can reassure you that your past will not haunt you as He calls you to serve Him in the present. 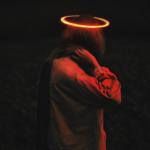 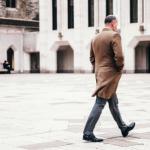 January 12, 2013 Walk Lovewards
Recent Comments
0 | Leave a Comment
Browse Our Archives
get the latest from
Jim Erwin
Sign up for our newsletter
POPULAR AT PATHEOS Evangelical
1

What Do the People Love?
Cranach
Related posts from Jim Erwin