“Then the male goat became very great, but when he became powerful, the large horn was shattered. Four conspicuous horns came up in its place, pointing toward the four winds of heaven. From one of them a little horn emerged and grew extensively toward the south and the east and toward the beautiful land. It grew as high as the heavenly host, made some of the stars and some of the host fall to the earth, and trampled them.” (Daniel 8:8–10, HCSB)

For today’s article: Prophecy Watch: Grexit, the keyword is about Greece. The big news in Europe this week is the calling of a potential “Grexit.” This term describes the idea that Greece will exit the currency union of the European Union. Because Greece cannot manipulate its currency on its own, it has to take other measures to repay its loans. These loans were given to help Greece, but Greece cannot repay them without dire consequences to its economy. Normally, a country would print more money. Yet, Greece cannot do that because its currency is tied with other nations in the Euro zone.

The Euro zone is a group of European Union countries who use the same currency – the Euro. This has made Greece’s problems difficult to solve. As the debts have raised, and the loans to solve the debts have come due, Greece has been unable to pay the loans back. Instead of cutting costs to pay the debts, Greece has maintained its standard of living and has tried to repay the loans at the same time. This didn’t work, and so now Greece has to make a choice: cut costs to get more loans, or leave the Euro. It looks entirely possible that Greece will leave the currency union, stop printing Euros and start to print drachmas.

This will affect its association with the political union – the European Union. Greece would still be a member, but would be looked upon as the “black sheep” because it couldn’t keep its economic house in order. Other members of the Euro zone countries may follow Greece’s lead (Portugal, Spain, and Italy for example). But Greece would not leave the European Union. It still would have a voice in how things are run in Europe. It will be an important country in the EU. Germany and France won’t be happy with Greece if it chooses this path. But other countries may choose to leave the European Union if they think that Greece’s Grexit action causes more harm to the union. Most notably, Great Britain may choose a “Brexit” from the European Union.

Why is this important? Because no matter what people may say, Greece is still sticking around. Greece will still play a vital role in the European Union, and later some form of a “revived” Roman Empire. The Bible doesn’t lie. World events continue to prove the Bible true.

June 19, 2015 Ancient-Future Faith by Robert Webber
Recent Comments
0 | Leave a Comment
"Wow, Glory to god. This fed my spirit this morning. Gob bless!"
SisSamy How to Relate to the Accuser
"I would of gone just I little further with the scripture that you mentioned so ..."
D.M.S. What Christian Growth Looks Like
"i really gain a lot of insight on how to defend marriage. This article was ..."
Nathan Andreas Mark 10:1-12 How to Defend Biblical ..."
"Excellent exposition, Jim -- Yes, and discernment is actually a free gift of the Spirit ..."
tovlogos What Christian Growth Looks Like
Browse Our Archives
get the latest updates from
Jim Erwin
and the Patheos
Evangelical
Channel
POPULAR AT PATHEOS Evangelical
1

Evangelical
Daniel 1:1-21 How to Live Life Without Compromising...
Jim Erwin

Evangelical
The Syrian Civil War and the Rise of...
Jim Erwin 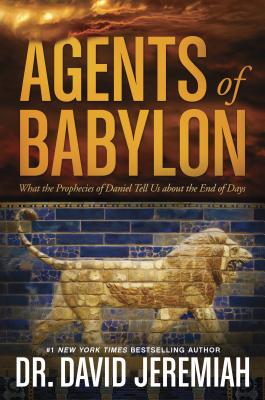