The Challenge of Interdependence

The Challenge of Interdependence

The Challenge of Interdependence is a sermon from Luke 18:18-30 about the importance of teamwork.

Yesterday we celebrated Independence Day at the church. We had a great time with hot dogs, ice cream, water slide, and fireworks. Thank you to everyone who helped to make it a great success. We celebrated the fundamental holiday for our nation – a day when we broke off from the tyranny of Great Britain. We wrote a set of documents – the Declaration of Independence and the Constitution, which determined what kind of nation and people we would become.

The Bible tells us an experience Jesus had with His disciples that reflects this reality. A rich man comes to Jesus and asks Him how one can obtain eternal life. The answer to that question, the reaction to those answers, and the words which Jesus teach the disciples show us the challenge of interdependence.

A person learns physically these three stages. As a baby growing up to be an adult, a child learn dependence. At some point, a child has grown up to the place where she or he is mature enough to do things on their own. One learns to take care of yourself, cook, clean, and be a member of society. At this stage, one has learned independence. But for a person to truly contribute positively to society and make it a better place for everyone, one learns to be interdependent.

So let’s look at this story and see how this plays out:

“A ruler asked Him, “Good Teacher, what must I do to inherit eternal life?” “Why do you call Me good?” Jesus asked him. “No one is good but One—God. You know the commandments: Do not commit adultery; do not murder; do not steal; do not bear false witness; honor your father and mother.”” (Luke 18:18–20, HCSB)

So a ruler asked Jesus an important question: How do I inherit eternal life? How do I get it for free? How easy is it for me to have the most important thing in the world? He was a ruler. He was rich, but he was young. He was dependent, just like you and I are. He knew enough to be a good person, but he didn’t know how to have eternal life.

You and I are dependent upon the Law to tell us how to behave in society. The Law points us to Jesus Christ. Paul told us that the Law was a tutor that trains us and teaches us about Jesus Christ.

“The law, then, was our guardian until Christ, so that we could be justified by faith.” (Galatians 3:24, HCSB)

The Law teaches us dependence. We learn to depend on God. As a society, we have learned that Christian morality keeps a society from becoming total anarchy. As a person who is seeking eternal life, we look to spiritual values that help us. He knew how to behave around other people. Look at the commandments Jesus asked him about? They all centered around loving one another. Your mother, your father, your neighbor.

“When Jesus heard this, He told him, “You still lack one thing: Sell all that you have and distribute it to the poor, and you will have treasure in heaven. Then come, follow Me.”” (Luke 18:22, HCSB)

To be self-reliant, to be able to do things on my own, pull up from the bootstraps. Jesus asked the ruler this question because of this: you have love for others, but without God – there will be no eternal life. You need God in your life. The problem is that we want to live life without God. This is what made the ruler said. It wasn’t that he was independent. He could take care of himself. The danger was that he masked his independence with co-dependence.

The problem was that the ruler coveted having stuff. He desired money. He was materialistic. This is why he was sad when Jesus confronted him and told him to sell his possessions. Jesus says to get rid of what you love the most, and start loving me. The problem was that the ruler was not really independent. He was co-dependent. You see, being dependent upon someone is about natural survival. You need someone else’s help to make it. Being co-dependent means that you prevent the person from growing. You enable someone. Co-dependent relationships are a type of dysfunctional helping relationship where one person supports or enables another person’s addiction, poor mental health, immaturity, irresponsibility, or under-achievement.

The rich young ruler was addicted to his stuff. For many people today, this describes the American Dream today. We are so co-dependent on materialism that we can’t see that we need God. In the case of the ruler, it was materialism. I can have independence and freedom by accumulating more stuff. Having stuff and desiring stuff replaces my desire for God. We replace God with Mammon.

Jesus used an illustration to describe the rich man’s condition. He explained that it was easier for a camel to go through the eye of a needle than for a rich man (who is addicted to stuff) to go heaven. This was an expression that described how difficult it was for something to be done. The phrase means that what is being compared is almost impossible to accomplish. This is why the disciples sound so astonished and why Jesus replied that “with God all things are possible.”

Life and liberty has been replaced with the value of the pursuit of selfish happiness. This was never the intent of the Founding Fathers of our country. They never expected us to live our life independent of God. They spoke often of our need for God in order for our nation to thrive.

America was born a Christian nation. America was born to exemplify that devotion to the elements of righteousness which are derived from the revelations of Holy Scripture.2

I appreciate the Holy Bible as the highest gift of God to man, unless it be the “unspeakable Gift” of Jesus Christ as the Savior of the world. 3

John Jay, the first Secretary of the Navy said:

At the Centennial celebration, at Philadelphia, of the Declaration of Independence, the Acting Vice-President, Ferry, said that the American statesmen who had to choose between the royal authority or popular sovereignty had been inspired by the truth uttered on Mars Hill, and repeated in the opening prayer of the morning, that “God hath made of one blood all nations of men.”4

In regard to this Great Book, I have but to say, I believe the Bible is the best gift God has given to man. 5

In what light soever we regard the Bible, whether with reference to revelation, to history, or to morality, it is an invaluable and inexhaustible mine of knowledge and virtue.6

We need God just as much as we need each other. This is the lesson that the rich young ruler had to learn. This leads us to stage three: interdependence.

“Then Peter said, “Look, we have left what we had and followed You.” So He said to them, “I assure you: There is no one who has left a house, wife or brothers, parents or children because of the kingdom of God, who will not receive many times more at this time, and eternal life in the age to come.”” (Luke 18:28–30, HCSB)

Peter is naturally concerned that when one makes the decision to follow Jesus, they do it all alone. It is just me and You, Jesus. With an attitude like that, it can be hard. Yes, Jesus is sufficient. But notice what part of the commandments that the young ruler did not obey. He had problems following God. Jesus designed us to follow God by following Him. Yet, He also gave us another family to help us follow Him.

“From Him the whole body, fitted and knit together by every supporting ligament, promotes the growth of the body for building up itself in love by the proper working of each individual part.” (Ephesians 4:16, HCSB)

We are called to work together as the body of Christ. When we are following Jesus, it is not a matter of: “What’s in it for me?”

This is the hardest stage because it challenges us to really love one another. But Jesus gives a promise if we are willing to take the risk of loving one another, or being a team player:

You get more by giving then by taking. You receive more blessings by what blessings you give to others. Our challenge is to reach eternal life, not as separate individuals but as a team, as a family.

In his book, The Secret of Christian Joy, Vance Havner writes: “The greatest need of America is an old-fashioned, heaven-born, God-sent revival. Throughout the history of the church, when clouds have hung lowest, when sin has seemed blackest and faith has been weakest, there have always been a faithful few who have not sold out to the devil nor bowed the knee to Baal, who have feared the Lord and thought upon his Name and have not forsaken the assembling of themselves together. These have besought the Lord to revive his work in the midst of the years, and in the midst of the fears and tears, and in wrath to remember mercy. God has always answered such supplication, filling each heart with his love, rekindling each soul with fire from above.”*89 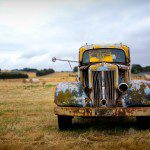 July 7, 2015
Actively Waiting for Jesus to Return
Next Post

July 9, 2015 Paying Attention Has Its Benefits
Recent Comments
0 | Leave a Comment
"i really gain a lot of insight on how to defend marriage. This article was ..."
Nathan Andreas Mark 10:1-12 How to Defend Biblical ..."
"Excellent exposition, Jim -- Yes, and discernment is actually a free gift of the Spirit ..."
tovlogos What Christian Growth Looks Like
"Good analysis. For the generational gap the means of information doesn't change the content."
Jesse H 5 Major Fault Lines in the ..."
"Good study ....but example from ot charater may be inserted"
A TAMIL MARAN Nahum 1:1-7 Giving Comfort
Browse Our Archives
get the latest from
Jim Erwin
Sign up for our newsletter
POPULAR AT PATHEOS Evangelical
1