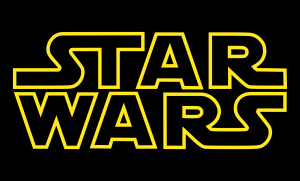 With the opening of the new film Star Wars: The Force Awakens, I have compiled a list of the top ten Star Wars films. All of these films have been (or will be) shown either on television or on film. Although I have written elsewhere about the Force (“The Force Awakens”), I wanted to create a list of the films which I enjoyed in a certain. I made a similar top ten list for the Star Trek film series as well.

I actually watched this film on YouTube. It was painful to watch. I endured two hours of the worst form of Star Wars that was possible. The film reused footage from the Episode IV, as well as a cheap set of special effects for television. Although Harrison Ford made the film even tolerable, he shows up only at the beginning and the end. In the middle is this strange story about Chewbacca coming home for Life Day and his home being invaded by the Empire.

7 Episode I – The Phantom Menace

The first episode is the worst of the prequels. It is full of political intrigue and it tries to set up the conflict that happens in the later films. It does a good job setting up the contrast between the dark and the light and it shows that Palpatine has been manipulating the situation. The film also introduces Anakin Skywalker – who will eventually become Darth Vader. However, I don’t know who the phantom menace is (unless it is Darth Jar Jar.)

6 Episode II – Attack of the Clones

The second episode picks up ten years after the last episode. The political intrigue develops and ends with the Clone Wars.

5 Episode III – Revenge of the Sith

The third episode sets up the events of the original trilogy. Anakin turns to the dark side and becomes Darth Vader. The Jedi are in exile. Luke and Lea are birthed in isolation. Emperor Palpatine has completely manipulated events in his favor.

Obviously, the prequels were not as enjoyable for me as the original trilogy. Each of the prequels was action-packed, but they contained lots of CGI.

The original is still one of the best. The film premiered in 1977, and it was entitled Star Wars. There was no Episode IV in the original showing. Even though it was later named Episode IV, this film predates the prequels. Although the prequels use more CGI for special effects, A New Hope was revolutionary in its time. I reviewed Episode IV – A New Hope here.

3 Episode V – The Empire Strikes Back

This sequel to A New Hope, came after the success of the first Star Wars film. The Empire Strikes Back is considered by many as the best of the original trilogy. Darth Vader gave the big reveal: “I am your father” to Luke Skywalker. Han Solo is frozen in carbonite as the film ends with a real cliffhanger. Because of this, I placed it higher than A New Hope.

2 Episode VI – Return of the Jedi

The final film in the original trilogy is in many ways the best. Han Solo is rescued. Yoda dies, leaving Luke as the last Jedi. The final confrontation between Darth Vader and his son Luke. Although the Emperor tries to manipulate his apprentice one last time, Anakin redeems himself by coming to the light side at the end to kill the Emperor. He dies, but not before mending his relationship with his son. The scene with Anakin and Luke is heart-wrenching and emotional scene. The Ewoks (the little guys) help defeat the Empire (the giant.) Return of the Jedi gives a proper ending a great trilogy.

I don’t think that The Force Awakens would have been such a hit without the prequels. This film has the benefit of two generations growing up with the Star Wars saga. As the film enters the seventh episode, a third generation can now enjoy the saga. In many ways, this film is a reboot as well as an homage to the original trilogy. Han Solo was excellent in this film. My favorite line: “That’s not how the Force works,” coming from this character reveals a depth to the character that has come with the passing of time.

The film left the audience with more questions than answers. Luke is found at the end, like a monk on a mountain. But many questions remain. Who is Rey? How torn is Kylo Ren? What was the vision all about with the lightsaber as it called out to Rey? Who is Supreme Leader Snoke? These questions will keep everyone wondering for the answers, which will encourage more hype for Episode VIII – The Last Jedi.

January 19, 2016 Protected By the Strength of God's Hand
Recent Comments
0 | Leave a Comment
"i really gain a lot of insight on how to defend marriage. This article was ..."
Nathan Andreas Mark 10:1-12 How to Defend Biblical ..."
"Excellent exposition, Jim -- Yes, and discernment is actually a free gift of the Spirit ..."
tovlogos What Christian Growth Looks Like
"Good analysis. For the generational gap the means of information doesn't change the content."
Jesse H 5 Major Fault Lines in the ..."
"Good study ....but example from ot charater may be inserted"
A TAMIL MARAN Nahum 1:1-7 Giving Comfort
Browse Our Archives
get the latest from
Jim Erwin
Sign up for our newsletter
POPULAR AT PATHEOS Evangelical
1 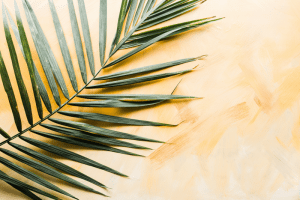 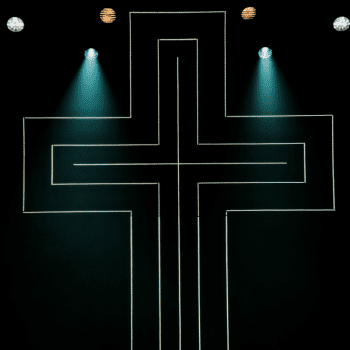 Evangelical
How I Benefit From Following God
Jim Erwin