Revelation 13:11-18 Seven Characteristics of the False Prophet is a sermon in the series on Revelation.

Ancient tradition spoke of two primeval monsters, which inhabited the ocean depths and the dry land. According to 1 Enoch 60:7–10 Leviathan (a female monster) lived “in the abysses of the ocean,” and Behemoth (the male) occupied a “waste wilderness named Duidain.”1 Since such “mythology” was already known to the authors of the Old Testament, there is no particular reason why John may not have reflected on it. To borrow images known to common culture is not the same as saying that they are authentic and real.2

Here we have the second of two monsters, called beasts in Revelation. The first was Antichrist. The second will later be identified as the False Prophet. I want to share you seven characteristics of the False Prophet. To put this in perspective, this list does not just apply to a certain unknown figure during the Tribulation. This list also applies to people who act like this False Prophet today.

SEVEN CHARACTERISTICS OF THE FALSE PROPHET

“Then I saw another beast coming up out of the earth; he had two horns like a lamb, but he sounded like a dragon.” (Revelation 13:11, HCSB)

The false prophet will look Christlike, but he will speak falsely. He will sound religious and helpful, but he will not serve Christ. He has another agenda.

As the first beast came from across the sea (hence appearing to come “out of the sea”), the second beast rose within Asia Minor itself. In any case, the evil triumvirate is now complete.4 Actually, his nationality and geographic origin are not indicated, and he is apparently the one referred to as “the false prophet” in 19:20 and 20:10. 5 The image of the horns (Revelation 13:11) suggests that the false prophet has authority, but the absence of a crown indicates that his authority is not political.6

The coupling of Christlike appearance and Satanic message, the status of prophet, the concern with worship, and the appeal to the magical, all add up to one thing: false religion. The relationships between man and man, and between man and God, are both provided for in the divine plan. The beast from the sea is Satan’s perversion of society, the first; and the beast from the earth is his perversion of Christianity, the second.7

2. He promotes the worship of Antichrist (Revelation 13:12)

“He exercises all the authority of the first beast on his behalf and compels the earth and those who live on it to worship the first beast, whose fatal wound was healed.” (Revelation 13:12, HCSB)

The political ruler, the beast from the sea, as known as Antichrist will speak blasphemies for “forty-two months” and “make war against the saints.” In essence, Antichrist will focus on attacking God’s children. While the false prophet, who comes up from the earth, seeks to deceive the earth so that its inhabitants worship Antichrist.8 The False Prophet will use propaganda to deceive the whole world. His focus is not on the Christians, but on the world population.

3. He develops a ministry of religious deception (Revelation 13:13)

“He also performs great signs, even causing fire to come down from heaven to earth in front of people.” (Revelation 13:13, HCSB)

In this case, the fire from heaven will be used to promote a new religious belief in Antichrist. The works of the False Prophet will be based on a ministry of religious deception. The False Prophet is a servant to Antichrist. Yet, he is the “Secretary of State” who implements or institutionalizes the dragon’s evil vision.9

Instead of listening to the Word of God, the False Prophet will get people to make an image of Antichrist. He will promote the idol worship of Antichrist.

Babylonian and Greco-Roman magic included rituals to seek to animate images; an entire branch of magic, called theurgy, specialized in animating statues so they could give oracles.1011

What is this statue evidently erected in the rebuilt temple in Jerusalem? Computer chips are presently based on sand, on silicon. But the new computer chips will be based on living matter, on protein. When these protein-based computer chips finally get perfected, the computing power will immediately increase fifty thousand times. So it could be that this image is a sophisticated automaton. Or it could be an image that is powered demonically. Whatever it is, it will appear to have life.12

Religion, indeed, is too narrow an identification of the second beast. He is, in modern parlance, the ideology—whether religious, philosophical, or political—which ‘gives breath to’ any human social structure organized independently of God.13

These public demonstrations of power are part of a massive propaganda campaign to deceive people into worshiping the first beast. Believers are repeatedly warned in the Scriptures about the combination of miracles and deceit, about mighty works that direct people’s allegiance away from the true God (e.g., Deut. 13:1–4; Ezek. 13:1–23).14

Jesus came to bring life. Following the leading of the Holy Spirit leads to life. Refusing to follow the False Prophet brings death. The False Prophet will use “living images” which will be used like Gestapo cops to control people all over the world.

But by such deceiving messages the ‘image of the beast’ (i.e. of the first beast, the ‘system’) is made to have a seeming life of its own, apart from which man, apparently, cannot survive.15

6. He enslaves people by control and oppression (Revelation 13:16)

“And he requires everyone—small and great, rich and poor, free and slave—to be given a mark on his right hand or on his forehead,” (Revelation 13:16, HCSB)

The false prophet will promote a false system of security. The people will want this security, but it is really a form of slavery. The mark on the right hand and forehead is a form of slavery, not protection.

“Then the Lord replied to him, “In that case, whoever kills Cain will suffer vengeance seven times over.” And He placed a mark on Cain so that whoever found him would not kill him.” (Genesis 4:15, HCSB)

““Pass throughout the city of Jerusalem,” the Lord said to him, “and put a mark on the foreheads of the men who sigh and groan over all the detestable practices committed in it.”” (Ezekiel 9:4, HCSB)

“Slaughter the old men, the young men and women, as well as the older women and little children, but do not come near anyone who has the mark. Now begin at My sanctuary.” So they began with the elders who were in front of the temple.” (Ezekiel 9:6, HCSB)

The False Prophet will use marks to enslave people. I find it interesting that even as Satan, Antichrist, and the false prophet counterfeit the Trinity, so their mark worn on the head and arm counterfeits the command of God in Deuteronomy 6:4–8.16

7. He promotes a false gospel of economic salvation and security (Revelation 13:17-18).

“so that no one can buy or sell unless he has the mark: the beast’s name or the number of his name. Here is wisdom: The one who has understanding must calculate the number of the beast, because it is the number of a man. His number is 666.” (Revelation 13:17–18, HCSB)

Some scholars use gematria, which is the practice of assigning numbers to names. The use of gematria, however, is not without its problems (e.g., the need to translate into Hebrew), and speculation seems counterproductive. Since numbers are consistently used to symbolize spiritual realities in Revelation, the primary importance of 666 may be that it falls short of the trinity of perfection (777) or that it pales in comparison to the number of “Jesus”—888 (I = 10, H = 8, S = 200, O = 70, U = 400, S = 200). In other words, the beast is a complete failure.17

The more important truth to learn that our eternal salvation and security is not wrapped up in a false gospel. One can see this in the way the two different gospels are presented.

Revelation allows for no divided allegiance: We must decide between God and the world and between what each side values. Yet we cannot read this passage’s warning properly without also grasping the rest of the book: Every Babylon of the past has fallen, and so will every empire that oppresses us (18:2; 19:2). The future belongs not to Babylon but to the faithful, whose home is the Jerusalem to come (21:2–8).18

This passage warns of the power of false religion. The Scriptures prohibit the worship of anything that is not God (e.g., human-made images, creation, secular authorities, human philosophies, pagan deities). It’s important to remember that not all religious movements or religious leaders are sent from God; some originate with Satan.

Interestingly, although the second beast serves as a minister of religious propaganda, it all comes down to money. For Christians to stay faithful then, now, and in the future means we need a clear conviction that human beings are made in the image of God and cannot be reduced to commodities (e.g., 13:17; 18:13). This passage presents yet another biblical opportunity to inspect our own lives for signs of idolatry. David Platt’s Radical courageously raises important questions about the relationship between Christian faith and the American dream.

Many American Christians are content to engage in all manner of religious activities (e.g., Bible study, corporate worship, community groups) so long as it doesn’t interfere with their affluent lifestyle. Are we willing to suffer financially for the cause of Christ?19 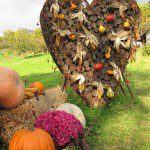 July 21, 2016 A Thankful Heart
Recent Comments
0 | Leave a Comment
"I would of gone just I little further with the scripture that you mentioned so ..."
D.M.S. What Christian Growth Looks Like
"i really gain a lot of insight on how to defend marriage. This article was ..."
Nathan Andreas Mark 10:1-12 How to Defend Biblical ..."
"Excellent exposition, Jim -- Yes, and discernment is actually a free gift of the Spirit ..."
tovlogos What Christian Growth Looks Like
"Good analysis. For the generational gap the means of information doesn't change the content."
Jesse H 5 Major Fault Lines in the ..."
Browse Our Archives
get the latest updates from
Jim Erwin
and the Patheos
Evangelical
Channel
POPULAR AT PATHEOS Evangelical
1

What the Bible Says about Old...
Cranach
Related posts from Jim Erwin