Ecclesiastes 4:1-16 Under the Sun: The Danger of Living Like the World 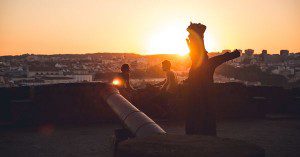 Ecclesiastes 4:1-16 Under the Sun: The Danger of Living Like the World

Solomon describes problematic human behaviors that contribute significantly to the heavy burden of life under the sun (see for example Ecclesiastes 1:13–14), and these examples make it clear that human dysfunction plays a significant role in the struggles that characterize life.1 Here, the Preacher reveals the danger of living like the world. He observes five characteristics of the world’s system that people depend upon for worldly success.

FIVE ROTTEN STEPS ON THE WORLD’S LADDER OF SUCCESS2

“Again, I observed all the acts of oppression being done under the sun. Look at the tears of those who are oppressed; they have no one to comfort them. Power is with those who oppress them; they have no one to comfort them. So I admired the dead, who have already died, more than the living, who are still alive. But better than either of them is the one who has not yet existed, who has not seen the evil activity that is done under the sun.” (Ecclesiastes 4:1–3, HCSB)

Object of the game: you get ahead by knocking others off the board and sending them back to home base; you step on others to get to the top; cutthroat – Sorry is a strange name, because you are anything but “Sorry” when you send someone back to home base – You’re ecstatic! In the business world we see this type of exploitation of the poor and helpless that’s the way to really make some bucks – look at the advertising of the Credit Card companies aimed at the college students – let’s hook them and get them enslaved; look at the cigarette companies who continue to churn out their cancer sticks; look at the finance companies who failed to caution people against types of mortgages that might get them in over their head.

The king witnessed three tragedies: (1) oppression and exploitation in the halls of justice; (2) pain and sorrow in the lives of innocent people; and (3) unconcern on the part of those who could have brought comfort. So devastated was Solomon by what he saw that he decided it was better to be dead than to be alive and oppressed. In fact, one was better off if never having been born at all. Then one would never have to see the evil works of sinful man.3

It is very competitive, ego-building game. The game of chess requires people to think about strategy. It may seem like a calm game. But you are spending energy trying to overcome the other person, especially during tournaments.

The idea here is that there are a bunch of time wasters. Today, these time wasters can include watching too much television, spending too much time on social media, or as in this case, sleeping too long and napping too often. These time wasters will rob a person of potential earnings and income. We live in a world with an enormous amount of leisure time. Because we have so much, we risk losing so much by wasting time.4

Achievement under the sun, that does not put God first, will leave you frustrated, because its motivating force is envy—and envy will never be satisfied.5

“Again, I saw futility under the sun: There is a person without a companion, without even a son or brother, and though there is no end to all his struggles, his eyes are still not content with riches. “So who am I struggling for,” he asks, “and depriving myself from good?” This too is futile and a miserable task.” (Ecclesiastes 4:7–8, HCSB)

Monopoly is a game where you try to rule all by yourself. It is the ultimate game that promotes greed. When you play, only one person can win, and that person can only win when everyone else loses. You accumulate so many properties that you climb up to the top. The funny thing about this game is that you are never satisfied with just the properties. You have to build houses, and then hotels, and then you want to buy out your competition. There is no contentment built into the game.

Monopoly is a perfect example of relentless greed. This is something Solomon saw first-hand. Solomon saw rich people who only cared about themselves. Solomon found that greed to be futile.

Jon Courson notes: The more man has, the more he wants. There’s always something new to buy, new to play with, somewhere new to go—but it never brings satisfaction. Most people go through sixty or seventy years of life before they come to this realization and say, “Wait a minute. Why did I do all those things? What was I working for?”6

“Two are better than one because they have a good reward for their efforts. For if either falls, his companion can lift him up; but pity the one who falls without another to lift him up. Also, if two lie down together, they can keep warm; but how can one person alone keep warm? And if someone overpowers one person, two can resist him. A cord of three strands is not easily broken.” (Ecclesiastes 4:9–12, HCSB)

Solitaire is a game that is played by only one person. It illustrates the problem of isolation – no companionship.

In this section of Ecclesiastes, we see a hidden jewel of a proverb. Verses like this remind us that Ecclesiastes belongs in the Wisdom books. These verses remind us why. Solomon encouraged the reader to share with others by citing several advantages that come from companionship:

1. A better profit (a good return) from one’s labor (Ecclesiastes 4:9)

3. Comfort in time of need (Ecclesiastes 4:11) – body heat can be used to comfort each other

The last three of these are illustrated by examples from the benefits of two persons traveling together. In the case of the second and third of these (vv. 10b, 11b) Solomon lamented the perils of isolation by saying that a man is all alone (Ecclesiastes 4:8).7

“Better is a poor but wise youth than an old but foolish king who no longer pays attention to warnings. For he came from prison to be king, even though he was born poor in his kingdom. I saw all the living, who move about under the sun, follow a second youth who succeeds him. There is no limit to all the people who were before them, yet those who come later will not rejoice in him. This too is futile and a pursuit of the wind.” (Ecclesiastes 4:13–16, HCSB)

In the game Chutes and Ladders, the game of life is played. Here, people try to go up but they have the risk of sliding down. Certain virtues lift you up in life, and other values tear you down. This game shows that there is no continuity in life.

In the Star Wars movies, the evil Sith have a rule: there can only be two rulers at a time – a leader and an apprentice. It is actually a very good rule. You can train the younger person to learn how to lead and when the other is old, the younger one can take over. But taking over is the problem. As the younger one gets older, he wants to take over – and sooner than the older wants him to. This is what Ecclesiastes 4:13-16 describes. The people are never satisfied with just one ruler. They want change. The younger succeeds the older. While Solomon explains that wise, poor, and young is better than old, rich, and foolish, the implicit instruction is that two are needed. One to rule and one to take over.   This is why two are better than one. There are advantages (Ecclesiastes 4:9-12). Alone, they can accomplish only so much. Together, they can accomplish so much more. When one falls, the other is there to lift him up. If they lie together, they can keep each other warm. If an enemy comes to overpower them, two can defeat one. Strength is in numbers.   There is power in numbers. Leadership does not have to be a lonely endeavor. One can learn to pass along the wisdom to a younger generation. The rule of two is a great idea – when it is done right.8

The Pearl by John Steinbeck is an American novella (1947). In it, Steinbeck (1902–68) presents the story of Kino, his wife, Juana, and their baby, Coyotito. Though they live in dire poverty, they love each other and have a basic contentment. A ﬁsherman, Kino one night ﬁnds in an oyster the “pearl of great price,” otherwise called “the pearl of the world.”16 He is overcome with happiness at the potential success and relief this will bring his family. However, the pearl precipitates a “curious dark residue … every man suddenly became related to Kino’s pearl.… He became curiously every man’s enemy.” His home is invaded, even burned, and his marital happiness is threatened, as are his and his family’s lives. Not until he has lost his child does Kino become aware of what true success is; he renounces greed and throws the pearl into the sea.9

There is a better way to live life. God can help a person live life better than just living on one’s own way. 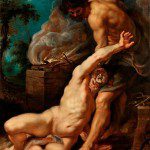 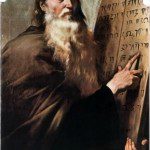 March 9, 2017 The God of Repetitive Grace
Recent Comments
0 | Leave a Comment
"I would of gone just I little further with the scripture that you mentioned so ..."
D.M.S. What Christian Growth Looks Like
"i really gain a lot of insight on how to defend marriage. This article was ..."
Nathan Andreas Mark 10:1-12 How to Defend Biblical ..."
"Excellent exposition, Jim -- Yes, and discernment is actually a free gift of the Spirit ..."
tovlogos What Christian Growth Looks Like
"Good analysis. For the generational gap the means of information doesn't change the content."
Jesse H 5 Major Fault Lines in the ..."
Browse Our Archives
get the latest updates from
Jim Erwin
and the Patheos
Evangelical
Channel
POPULAR AT PATHEOS Evangelical
1