Psalm 33:1-22 The Greatest Challenge For Our Nation 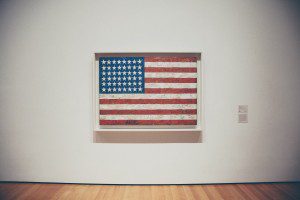 Psalm 33:1-22 The Greatest Challenge For Our Nation

I want to speak to you this morning about the greatest challenge for our nation. You may have seen the phrase on our American currency: “In God We Trust.” The phrase is about the nation’s trust in God. I think our greatest challenge is not to make America great again, but to see America trust God again. Here in Psalm 33, which is a psalm used by the nation of Israel for public worship, we see why a nation should trust in God.

The psalm is directed at the nation, at the group of people who are called to be God’s people. Many people consider the United States to be a nation based on Judeo-Christian ideals. If that is true, then this psalm identifies reasons why we as a nation should trust in God.

The problem we have today is that we have a high percentage of people who don’t trust in the God of the Bible.

In one sense, we are a godless nation. Moral standards are lowering that many do not take seriously the Ten Commandments. Just this week, a monument to the Ten Commandments that was placed in Arkansas didn’t last a day. Someone came in the middle of the night and destroyed the monument. There is a disregard for personal property personal purity, as well as human life. There is a disregard for laws, whether man’s or God’s.

With a nation that has such a disregard, and yet trust in their own gods. The greatest challenge that our nation has will be to trust in God. This psalm lists seven reasons a nation (and therefore you and I) should trust in God.

SEVEN REASONS A NATION SHOULD TRUST IN GOD2

1. A nation should trust in God because He has all the right answers (Psalm 33:4)

To say that God is right is to say that He has all the right answers. He is trustworthy with His truth. When God says to do something or not do something, then He is to be trusted that He is correct. The problem is that many of us don’t trust God and we don’t take God at His word.

Just because the people of God are not perfect and make mistakes doesn’t mean you blame God. People say that the church is made up of people who are difficult and so they can’t trust God.

That’s like blaming the parents because the grown up children are messed up. That’s not fair.

So many people in our nation today have turned to other gods as a result. They have trusted different idols. You have to get to the place where you trust God at His word.

“He loves righteousness and justice; the earth is full of the Lord’s unfailing love.” (Psalm 33:5, HCSB)

But I can trust someone’s word when they show love to me. The same is true with God. If you can’t trust His word yet, trust in His love.

“The heavens were made by the word of the Lord, and all the stars, by the breath of His mouth. He gathers the waters of the sea into a heap; He puts the depths into storehouses. Let the whole earth tremble before the Lord; let all the inhabitants of the world stand in awe of Him. For He spoke, and it came into being; He commanded, and it came into existence.” (Psalm 33:6–9, HCSB)

Just in case you didn’t think was all-powerful, the psalmist reminds you that God can frustrate your plans. Here, we see the psalmist’s point of view toward other nations. Those who don’t respect God get frustrated by God. He can mess the plans of a nation. He can also mess up the plans of a family or a person. God can mess up your plans.

But when I decide to trust God with my plans, by aligning my plans with His plans, God will protect those plans for a long time. He can protect a people for generations.

5. A nation should trust in God because it makes a people blessed (Psalm 33:12)

“Happy is the nation whose God is Yahweh— the people He has chosen to be His own possession!” (Psalm 33:12, HCSB)

Because God can protect a people who trust their plans with Him, God will choose to bless that nation. It’s another reason why a nation should trust God. But as we saw in the previous verse, the happiness of a nation if dependent upon listening to God’s counsel.

“The Lord looks down from heaven; He observes everyone. He gazes on all the inhabitants of the earth from His dwelling place. He alone shapes their hearts; He considers all their works.” (Psalm 33:13–15, HCSB)

A nation trusts in God because the nation knows that God is looking out for them. The Lord observes everyone. I don’t trust the results of God’s blessings on this nation. Instead, I trust in God who brings the blessings and the results that come with it.

I have to constantly remind myself, and the nation needs to be reminded that God is looking out for me. He is watching. He is observing. But God is not just checking out the good things I do. God is also noticing when I sin against Him. He considers every work I do, whether good or bad.

Because my works can be bad, I should trust in God because I need His help, especially when times are tough.

“A king is not saved by a large army; a warrior will not be delivered by great strength. The horse is a false hope for safety; it provides no escape by its great power. Now the eye of the Lord is on those who fear Him— those who depend on His faithful love to deliver them from death and to keep them alive in famine. We wait for Yahweh; He is our help and shield. For our hearts rejoice in Him because we trust in His holy name. May Your faithful love rest on us, Yahweh, for we put our hope in You.” (Psalm 33:16–22, HCSB)

The happiness or blessed state that comes to the nation has an effect from the top down.

God can bless the leaders.

He can increase the power of the military.

He can keep a nation alive during an economic collapse.

But our own achievements as a nation, whether by the military, or the economy, or technology, cannot give us hope. It’s a false hope to depend on just the American way of life.

The American way of life is a blessed life only if Americans are taking risks based on God’s counsel. When we sing the national anthem or “America the Beautiful,” we need to be reminded that the only hope in life for this nation is when we choose to place our trust in God. Our hope does not lie in the abilities of our individual country. Our hope lies only in trusting the work and counsel of God.

Photo by Anthony DELANOIX on Unsplash 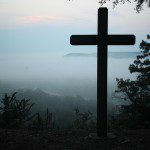 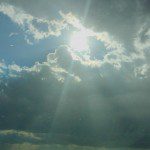 July 13, 2017 Ecclesiastes 8:10-17 The Wisdom of Divine Justice
Recent Comments
0 | Leave a Comment
"I would of gone just I little further with the scripture that you mentioned so ..."
D.M.S. What Christian Growth Looks Like
"i really gain a lot of insight on how to defend marriage. This article was ..."
Nathan Andreas Mark 10:1-12 How to Defend Biblical ..."
"Excellent exposition, Jim -- Yes, and discernment is actually a free gift of the Spirit ..."
tovlogos What Christian Growth Looks Like
"Good analysis. For the generational gap the means of information doesn't change the content."
Jesse H 5 Major Fault Lines in the ..."
Browse Our Archives
get the latest updates from
Jim Erwin
and the Patheos
Evangelical
Channel
POPULAR AT PATHEOS Evangelical
1