Ecclesiastes 8:10-17 The Wisdom of Divine Justice 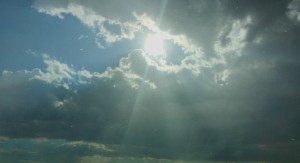 Ecclesiastes 8:10-17 The Wisdom of Divine Justice

Here, we see that Solomon is starting to take the long view of wisdom. He is beginning to see that there are things which are completely out of his control. You get to the point in life when we realize that you can’t control everything. So you have to rely on the fact that God is in control. God will execute divine justice when He sees fit in the future. But it requires taking an inventory of your life and realizing that there are just some things in life you can’t control no matter how hard you try.

“In such circumstances, I saw the wicked buried. They came and went from the holy place, and they were praised in the city where they did so. This too is futile.” (Ecclesiastes 8:10, HCSB)

You can’t control death. It will eventually happen. Going to a funeral brings your life into perspective. Here, Solomon went to the funeral of a wicked person. They noticed that even though a wicked person was praised when they came to worship, in the end, the praise was futile because death came to him. We discussed this earlier in the chapter, but you can’t control death.

“Because the sentence against a criminal act is not carried out quickly, the heart of people is filled with the desire to commit crime.” (Ecclesiastes 8:11, HCSB)

The second thing you can’t control is the depravity of the human heart. You can’t stop people from sinning. Only God can do that.

“Although a sinner commits crime a hundred times and prolongs his life, yet I also know that it will go well with God-fearing people, for they are reverent before Him.” (Ecclesiastes 8:12, HCSB)

You also can’t control the deliverance of a person. Here, Solomon sees that sinner’s life is extended. A sinner commits a crime and he is delivered from punishment in the short term. He should die, but he gets to live longer. That can make you frustrated to see that kind of injustice.

Despite this injustice, God will deliver on His promises to His people. Solomon knows that in the end, “all will be well.” If we stay connected to God and respect Him, He will ultimately deliver us from this seemingly unjust world. It’s called divine justice. Instead of taking matters into my own hands, I rely on the fact that God will take care of the injustice I see in the end.

“However, it will not go well with the wicked, and they will not lengthen their days like a shadow, for they are not reverent before God.” (Ecclesiastes 8:13, HCSB)

That brings us to the next thing we can’t control. We can’t control the delay of that divine justice. We want the wicked punished yesterday. God won’t do that. He will delay His punishment, His divine accounting. In the end, the wicked will receive the rightful punishment for their actions.

What happens after we die? The Preacher believed there would be a final righting of all wrongs. True, he was troubled by the common injustices of life in a fallen world. But he was also convinced that God would make things right in the end.1

Ed Strauss, in his book Good Always Wins: Thru Tragedy, Thru Evil, Thru All Eternity states: “We’re well aware that, despite our best efforts to live righteously, we’re not always blessed with prosperity, health, or acceptance. God does reward righteousness, and He does answer prayer, but not always according to our timetable, and not always the way we expect. And much of the time, frankly, it may seem as if He chooses not to answer at all.”2

Bad people get rewarded and good people get punished. This is the unjust damage that sin causes on this Earth. Solomon looks at how this happens in the world and reveals his frustration. Even though we know that God will execute divine justice in the end, we don’t like seeing the damage. We don’t like to see the wicked get off from punishment and we don’t like to see the world treat the righteous unfairly. That means that since can’t control that, we need to accept our lot in life.

“So I commended enjoyment because there is nothing better for man under the sun than to eat, drink, and enjoy himself, for this will accompany him in his labor during the days of his life that God gives him under the sun.” (Ecclesiastes 8:15, HCSB)

We can’t control the destiny of life. We can’t control the ultimate fate. You can change the destination for eternity, but that’s it. You can’t change how it will happen. Think about it. You can’t escape death. If you don’t know Jesus, you can’t escape the judgment either. It’s not like you can say. “Well, I think I am going to skip the judgment. I want to go do what I want after death.” It won’t work that way.

“And just as it is appointed for people to die once—and after this, judgment —” (Hebrews 9:27, HCSB)

We are all going die only once. But after death will come a judgment. For the Christian that judgment or determination will be based on the work of Jesus Christ.

““I assure you: Anyone who hears My word and believes Him who sent Me has eternal life and will not come under judgment but has passed from death to life.” (John 5:24, HCSB)

You don’t get to create your own destiny. That is determined by God. You can have a choice to accept His destiny for you, or not. But you can’t change it. You can’t make your eternal destiny how you want it to be. You can only enjoy what God has given you today. It’s futile to be frustrated about the afterlife. You can’t do anything about it.

His death determines our destiny. That’s why that once you accept Him, you can’t change that. Your works won’t save. They will actually be used to judge you if you don’t know Jesus. But once you know Him, you pass from life, to death, to eternal life.

You also can’t change another person’s destiny. That is determined on an individual basis. Each person chooses their eternal destination. That leave us the last thing in life you can’t control which is discovery.

Solomon urges us to embrace the idea of the “enjoyment of life” in the face of circumstances that people can neither change nor understand. Since we can’t change the process from life to death to afterlife, Solomon urges the reader to enjoy life. This does not reﬂect nihilism or the abandonment of moral responsibility in the pursuit of pleasure. Rather, it is the enjoyment of the gifts God gives when he provides the opportunity.3

“When I applied my mind to know wisdom and to observe the activity that is done on the earth (even though one’s eyes do not close in sleep day or night), I observed all the work of God and concluded that man is unable to discover the work that is done under the sun. Even though a man labors hard to explore it, he cannot find it; even if the wise man claims to know it, he is unable to discover it.” (Ecclesiastes 8:16–17, HCSB)

Solomon realizes that not everything is worth investigating. In other words, some discoveries are not worth the time. The reason is because all of my questions will never get answered here on Earth. Solomon observed the work of God that he could see and he concluded that he could not catalogue everything that God had done in his life. So discovering all that God does in my life will never be complete.

Wisdom endeavors to know all that can be known. Nonetheless, when it comes to the things of God, there are limits to what a person can discover.4 In spite of hard labor, no one may figure what God is up to in the universe.5 The only way that I will discover what God wants me to discover is through divine revelation. We see examples of this divine revelation in the New Testament:

“And Jesus responded, “Simon son of Jonah, you are blessed because flesh and blood did not reveal this to you, but My Father in heaven.” (Matthew 16:17, HCSB)

“since what can be known about God is evident among them, because God has shown it to them. For His invisible attributes, that is, His eternal power and divine nature, have been clearly seen since the creation of the world, being understood through what He has made. As a result, people are without excuse.” (Romans 1:19–20, HCSB)

“For since, in God’s wisdom, the world did not know God through wisdom, God was pleased to save those who believe through the foolishness of the message preached.” (1 Corinthians 1:21, HCSB)

We may receive divine revelation while we live on this Earth. But there are still many questions that you and I have that will go unanswered. We won’t find the answers here on Earth. It is part of the wisdom of divine justice that I won’t get to have all the answers before I die.

Photo by Stephanie Klepacki on Unsplash 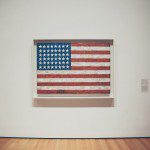 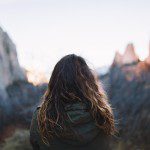 July 16, 2017 Psalm 139:1-24 The Greatest Relationship
Recent Comments
0 | Leave a Comment
Browse Our Archives
get the latest updates from
Jim Erwin
and the Patheos
Evangelical
Channel
POPULAR AT PATHEOS Evangelical
1

Answer to Question: What Must a...
Roger E. Olson
Related posts from Jim Erwin