How to HELP Others in Need 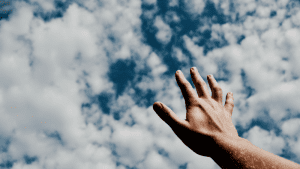 How to HELP Others in Need

I watched last Sunday afternoon on Facebook as people I knew from Texas were getting out and helping one another. It was great to see how people would show compassion and take an effort to make a positive impact in the lives of other people. One such example was Gallery Furniture owned by Jim Macingvale, also known as “Mattress Mack.”

I remember Gallery Furniture from their famous commercials. It goes something like this:

“Come to Gallery Furniture, located at 6006 I-45 North between Tidwell and Parker. Buy your furniture today and get it tonight. We have all kinds of selection of beds and comforters, sofa, couches. All famous brands and all American made. Remember to come to Gallery Furniture where we really will SAVE YOU MONEY!”

I also watched as Jim Mackingvale opened its business to people who were temporarily homeless from the effects of the hurricane. Jim said that furniture was supposed to be used. So he allowed families to use showcase rooms all over the store as temporary rooms. National Guardsmen had a comfortable place to sleep for the night. While people were questioning why the largest church in the Houston area was not open during this natural disaster, people turned to this local business. Mackingvale learned one lesson from his faith that we all need to remember. As Christians, we are called to HELP others in need.

I have become increasingly convinced that one of the roles of Christians is not just to get people saved. It includes salvation, but it doesn’t stop there. It involves helping people. Jesus is the One Who can help me.

The reason Jesus can help me is because He is the gate. (John 10:7)

Jesus said that He is the Gate to the sheep.

What does the Lord mean by referring to himself as the door or “gate”? When G. Campbell Morgan was traveling across the Atlantic on a steamer, he noticed that among the passengers was Sir George Adam Smith, the most famous Old Testament scholar at the time. The greatest preacher of the day (Morgan) and the greatest Old Testament scholar (Smith) had a great time as they traveled together. Morgan said that among the tales Sir George told of the East was this one:

He was one day traveling with a guide and came across a shepherd and his sheep. He fell into conversation with him. The man showed him the fold into which the sheep were led at night. It consisted of four walls, with a way in. Sir George said to him, “That is where they go at night?” “Yes,” said the shepherd, “and when they are in there, they are perfectly safe.” “But there is no door,” said Sir George. “I am the door,” said the shepherd. He was not a Christian man, he was not speaking in the language of the New Testament. He was speaking from the Arab shepherd’s standpoint. Sir George looked at him and said, “What do you mean by the door?” Said the shepherd, “When the light has gone, and all the sheep are inside, I lie in the open space, and no sheep ever goes out but across my body, and no wolf comes in unless he crosses my body; I am the door.”1

Who are the sheep? The sheep are God’s people who believe in Jesus Christ. This is the reason that Jesus shifts images from being the Great Shepherd to the Gate. If you want to be part of God’s family, then you need to go through Jesus.

“Wait a minute,” you say. “Is Jesus mixing metaphors? I thought He was the Shepherd. But here He’s talking about being the Door. Is He drawing another analogy?” No. Jesus’ audience would have understood this perfectly. You see, neither the sheepfolds made of brush in the high country nor the sheepfolds made of stone in the community had need of doors, for once the sheep came into the fold, the shepherd would lie down across the opening and would literally become the door. That way, no sheep could leave, and no man could enter without stepping on the shepherd and waking him up. Thus, in referring to Himself as the Door, Jesus was saying, “I’m the Shepherd on duty. I’m the One whose job it is to guard the flock.”2

The help of Jesus in my life is unique and personal (John 10:8).

“All who came before me are thieves and robbers, but the sheep didn’t listen to them.” (John 10:8, CSB)

So Jesus is between the sheep and the environment. No one can get through Him. Jesus is the ultimate Eternal Bodyguard. This help is unique and personal because there are people, ideas, beliefs, and worldviews that want to steal you from Him.

Before the 1920’s, cyclamen was considered the traditional Christmas plant for Americans. Then a Californian named Paul Ecke, who knew how to publicize his product, began to actively promote the poinsettia plants he raised. The flower was not new. Originally it grew wild in Mexico and was widely used by padres in earlier centuries as Christmas decorations. All it needed to become the Christmas flower of America was an energetic advocate.

The devil has been fashioning false gods since his successful encounter with Eve—where the first imitation god he offered was Eve herself. He shamelessly creates counterfeits of the true God and convinces entire nations that they are just as good as God. They look like God, they have some of God’s attributes, they can be worshiped as God, so why shouldn’t they be accepted as God? Satan’s imitations cannot substitute for God—God is one of a kind.3

“I am the Door—not a door, not one of the doors. I am the Door. And everyone else is a thief.” Jesus alone makes this claim. Whether you read the writings of Krishna or Buddha, Confucius or Zoroaster, you’ll find that every one claimed to be one of the ways in which the God-consciousness was manifested. Jesus uniquely says, “I am the Door and everyone else is a rip-off.” How do we know Jesus is truly who He says He is? It gets back to the foundational issue of the Resurrection. Buddha kicked the bucket—and he’s still down. You don’t see Confucius walking around. These guys gave their rap until death came and terminated their so-called ministries. Only Jesus fulfilled His ministry by dying for our sins and rising again to verify, to validate, to substantiate His claim to be the Door.4

The help of Jesus in my life starts with eternal salvation (John 10:9).

The problem: I go elsewhere for help because I don’t trust Jesus, or the church.

It takes little convincing to show that the environment of the world is as treacherous as a Judean desert. Our society is in such a moral desert. It was not simply the illicit sexuality and overwhelming pressure to “do drugs.” It was the persuasive moral atmosphere that said, “God is irrelevant and there are no rules.”

We live in a modern desert. But John 10 demands that we ask a different sort of question. In the midst of this moral chaos, in this threatening desert, whose voice, which shepherd, do we follow? A youth leader of a large high school ministry summarized a study conducted recently by George Barna. The study asked high school students where they would turn first in times of tension, confusion, or crisis. Their fathers were ranked about No. 25 on the list. Mothers came in about No. 11. Music and personal friends scored at the top. I a time of tragedy, young people may well look to the wrong leaders when coming out of the desert. To illustrate, many sitcoms today oriented to young adults display this tendency generously. In times of crisis, where do these apartment-dwelling singles go for their answers?

But adults respond to false voices as well. The Chicago Tribune Magazine recently reported on a woman in the city who called herself an “intuitive healer.” She claimed to have supernatural power to diagnose people’s diseases. She could even do it over the phone. While most of us would find such an article little more than entertaining, what disturbed me most was the number of people, patients as well as physicians, who relied on her powers. When people are in crisis, when they are surrounded by the dangers of the desert, they will turn to any shepherd offering a way out. Missionaries in France have told me the breathtaking number of New Age healers that work in the country. Recently the cost of using these healers is covered under France’s health coverage.6

That means that Jesus will HELP me give pasture. To the sheep, pasture is the life.

The help of Jesus in my life continues forever (John 10:10).

FOUR WAYS JESUS CAN HELP ME7

Jesus comes to me. He comes to you. The Savior comes and as the Door, as the Good Shepherd, He provides help.

Jesus is all about living life. He is pro-life. He is for life. Jesus wants you and me to live life. He wants you to know that life is worth living.

When it comes to you, Jesus never wants to destroy. He wants you to turn from ways that destroy your life. Sin is the capacity to live life without God. The problem with sin is that it messes us up. It makes life miserable. It steals from me the life I could have. Sin kills me. Sin destroys my relationships.

But Jesus said that we would always have the poor among us. So Jesus was not talking about financial abundance when He was describing abundant life. He was talking about prosperity.

The help of Jesus is meant to be shared with others.

When you go through “the Door,” you receive life and you are saved. As you go “in and out,” you enjoy abundant life in the rich pastures of the Lord. His sheep enjoy fullness and freedom. Jesus not only gave His life for us, but He gives His life to us right now!8

Photo by Jeremy Perkins on Unsplash. 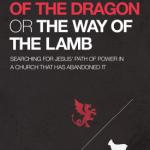 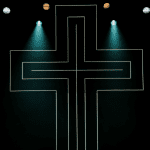 September 28, 2017 How I Benefit From Following God
Recent Comments
0 | Leave a Comment
Browse Our Archives
get the latest updates from
Jim Erwin
and the Patheos
Evangelical
Channel
POPULAR AT PATHEOS Evangelical
1