The Story of Our Time by Robert Atkinson 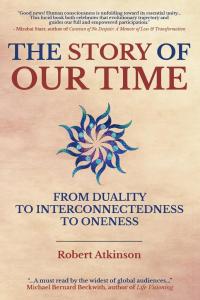 The Story of Our Time by Robert Atkinson

The Story of Our Time by Robert Atkinson, explains with his subtitle the purpose of the book: from duality to interconnectedness to oneness. The book is divided into three parts. Each part builds upon the previous part to tell a “spiritual story.” The premise of the book is that humanity is evolving, not just physically, but spiritually as well. He suggests that spiritual principles are at work to guide this organic human evolution.

In classic post-modern fashion. Atkinson blends all of the world’s religions and suggests that they all work in tandem for this spiritual evolution to occur. He calls this a ““universal motif of cyclical transformation within a linear process of progressive evolution.”(32) Contrary to the belief of many major religions, Atkinson believes that religions work together for the same goal – spiritual evolution.

Atkinson suggests that these spiritual stories all reflect the same pattern and therefore serve the same purpose:

“Every timeless story brings forth order from chaos, and purpose from conflict; not only does it have a beginning, middle, and an end, but also a beginning, a muddle, and a resolution.”

He suggests seven principles that will guide people on this journey:

1.Consciousness is a potentiality set in motion by an organic process. Now more than ever, the independent investigation of reality will unleash our full potential.

2.Love is the underlying force of evolution. Love is an inherent unifying force meant to evolve personal and collective potential to its highest degree.

3.Justice maintains the inherent balance of life. Equitable and just relationships on all levels evolve with the increase of social complexity over time.

4.Unity is the result of the conscious confrontation of opposing forces. The merging of opposites, through transformation, is necessary for growth and evolution.

5.Reality is one, and global harmony is inevitable. World peace is a promise waiting to be fulfilled; how we get there is up to us to determine.

6.Revelation is continuous and progressive. The release of spiritual energies always has been, and will be, the inspiration for the evolution of civilization.

7.Consciousness evolves toward wholeness and unity. Science and religion, two knowledge systems within the same whole, cannot be in opposition.

Atkinson implies that “one animating force governing both a linear and cyclical process of transformation regulating our evolutionary march onward.” (52) Replace “God” (or “Higher Power”) with “Higher Reality” and you can see where Atkinson goes with this. He suggests that all religions point and lead us to the same conclusion. Atkinson suggests the problem is that we can’t know this reality. Like the “Force” in Star Wars, one can know the will of the Force, but cannot experience the essence of the Force.”

“Reality is thus seen as changeless, though consciousness itself changes and evolves, and is understood as the entirety of existence which is an interconnected whole with one common source, and one guiding force, but whose essence is unknowable.” (54)

Atkinson is making the claim that our reality, all religions, and all cultures, come from one common source. However, Atkinson claims that that the essence of that source is “unknowable.”

Atkinson spends the rest of the book explaining how one gets from Point A to Point B (from where we are now to complete unity in the future.) Atkinson is suggesting a one-world unified mystic religion as the way to achieve this Reality:

“So, the story of our time has three interconnected themes: a) we are living in the early phases of a spiritual revolution, a time of renewed spiritual energy that is reforming all things; b) we therefore live in a time of disintegration and integration, a time when the clash of opposing forces are bringing about a transformation of consciousness; and, c) ours is a time when there are forces in operation to assist in this process, re-creating patterns of interaction and relationship, and enabling disparate parts of the whole (who themselves are also assisting in this renewal) to retrieve our heritage of oneness.” (63)

He takes the best elements of all religions and philosophies and suggests that they all connect to move humanity to a better future. He mixes the monomyth call from Joseph Campbell (74-75) the power of love (136), and justice (embodied by the Golden Rule – 165-167), unity (227-228), and suggests that we are a global movement that leads to one religion (or what the author calls a culture of oneness) (297-355). I can see how he arrives at this conclusion. It is comforting to think that “the story of our time” is that everyone will arrive at the same destination. However, my faith teaches that will not to be the case. Jesus makes exclusive claims about Himself in the New Testament. He states the only One who can provide a way to Heaven is Himself (John 14:6) and God’s choice Son (John 6:28-29).

Some may find comfort in Atkinson’s analysis. The idea that all faiths and beliefs come from one Source is intriguing. However, that one Source must be knowable in order to be believed. I think this is where Atkinson fails. Transcendence can only come from knowing a personal God. I believe that the Christian faith suggests the best way to know that Person.

Disclosure of Material Connection: I received this book free from the author and/or publisher through the Speakeasy blogging book review network. I was not required to write a positive review. The opinions I have expressed are my own. #TheStoryofOurTime 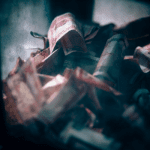 September 28, 2017
The Benefits of the Grace of Giving
Next Post 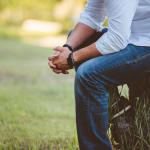