What to Do With the Good Things in My Life 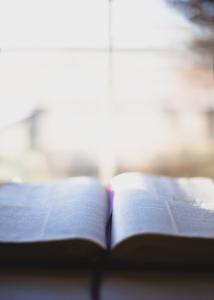 What to Do With the Good Things in My Life

SEVEN IMPORTANT TRUTHS ABOUT THE GOOD THINGS IN MY LIFE

“He said to me, ‘I will make you fruitful and numerous; I will make many nations come from you, and I will give this land as a permanent possession to your future descendants.’” (Genesis 48:4, CSB)

Jacob, also known, as Israel, gave God all the credit for the good things in his life. Because Jacob knows that everything good in his life comes from God.

The cereal that we eat with milk comes from the grain, which came from the mill, which goes back to the provision of God in the wheat fields. The milk came from the cows that ate the grass that came from the ground that God provided. Everything you have is traced back to God.1

“Your two sons born to you in the land of Egypt before I came to you in Egypt are now mine. Ephraim and Manasseh belong to me just as Reuben and Simeon do. Children born to you after them will be yours and will be recorded under the names of their brothers with regard to their inheritance.” (Genesis 48:5–6, CSB)

You see, Jacob lost Joseph. Now, Jacob realizes that he received Joseph back. God gave Joseph back to Jacob. But Jacob received more than just his son. He was given grandchildren. Grandchildren he never thought he would ever have. God teaches a very important lesson here: every good thing you give away, you get back.

I know what you are thinking: Jacob didn’t give Joseph away. Joseph was taken. It is true that Jacob’s son sold Joseph and that a band of people took Joseph away. Many people think that when I pass on good things, that they should just be for my children. But Jacob has learned and he tells his son Joseph that good things will be given to Joseph’s children as well.

You may have wondered as I did why Ephraim and Manasseh were considered two tribes of Israel. How could that be true? They become two tribes right here. The reason is that Jacob officially adopted them into his family.

Jacob officially adopts the two sons of Joseph. His grandsons were not born in Israel. Instead, they were born in Egypt. Here, Jacob replaces the birthright of Reuben and Simeon and gives them to Ephraim and Manasseh.

At this point, Jacob does something amazing: He claims Joseph’s sons as his own—elevating Ephraim and Manasseh to the status of patriarchs. “Wow,” Joseph would have thought. “What a blessing. You take my two boys who were born in Egypt and are dressed like Egyptians—and you’re bringing them into your family, where they will have a legacy, where their names will be recorded for all eternity, where they will be key players in God’s economy. Wow!”

The addition of Ephraim and Manasseh brought the total number of tribes to fourteen. But Ephraim and Manasseh usually take the place of two other tribes in the accounting, one of which is the tribe of Joseph. Although the tribe of Joseph appears in the Book of Revelation, throughout the Bible his two sons usually assume his place. The other tribe taken out of the enumeration is the tribe of Levi because, as priests, the Levites would have a high and holy calling, but not a piece of property.2

“When I was returning from Paddan, to my sorrow Rachel died along the way, some distance from Ephrath in the land of Canaan. I buried her there along the way to Ephrath” (that is, Bethlehem).” (Genesis 48:7, CSB)

Jacob brings this is up to show that Rachel died too soon. There were no more sons by her. Three tribes come from her two sons though: The Tribe of Ephraim, the Tribe of Manasseh, and the Tribe Benjamin. Sometimes, things don’t go as we wish they would. We go through detours in our lives. That doesn’t mean that God withholds the good things in my life. God’s delays are not God’s denials.

“By faith Jacob, when he was dying, blessed each of the sons of Joseph, and he worshiped, leaning on the top of his staff.” (Hebrews 11:21, CSB)

The writer of Hebrews says that Jacob passed on these good things to his grandchildren by FAITH. Jacob had all the reasons in the world not to bless them. They grew up without him in their lives. They were Egyptians. Their mother was Rachel, the family member who died too soon. So every time he saw Ephraim and Manasseh, it brings up the memory of Rachel.

Some think Jacob cannot make out his grandchildren because of his poor eyesight, but the question “Who are these?” is probably related to legal ritual: Wedding “Who gives this woman to this man?” Joseph credits God for his sons and Jacob praises God for their reconciliation.

These are what occupied Jacob’s thoughts as he was lying on his deathbed. He was reflecting on the promises of God, anticipating the blessing of God upon these boys, and remembering the loss of his spouse. Apparently, these expressions are rare nowadays.

Listen to the five most common deathbed confessions according to one nurse’s experience3:

These could not be more different than the words of Jacob.

“Then Joseph took them both—with his right hand Ephraim toward Israel’s left, and with his left hand Manasseh toward Israel’s right—and brought them to Israel. But Israel stretched out his right hand and put it on the head of Ephraim, the younger, and crossing his hands, put his left on Manasseh’s head, although Manasseh was the firstborn. Then he blessed Joseph and said: The God before whom my fathers Abraham and Isaac walked, the God who has been my shepherd all my life to this day, the angel who has redeemed me from all harm— may he bless these boys. And may they be called by my name and the names of my fathers Abraham and Isaac, and may they grow to be numerous within the land.” (Genesis 48:13–16, CSB)

Jacob blesses Joseph. When he does, he is invoking the name of his family: Abraham, Isaac, and Jacob. Jacob is extending this legacy from the past to the future. He is reassuring Joseph that God will still do good in his life. But how did Jacob know this? He had to learn it. He says that there:

Culturally and traditionally, the elder son, the firstborn was to receive all of the benefits and assume the greater position. But the Lord seems to tweak that a lot…

• Cain was the firstborn, but Abel was blessed.

• Ishmael was the firstborn, but it was Isaac who was blessed.

• Esau was the firstborn, but it was Jacob who was blessed.

• Reuben was the firstborn, but it was Joseph who was blessed.

• Aaron was the firstborn, but it was Moses who was blessed.

Throughout the Word, the Lord often makes the lesser the greater, and uses the younger to rule the older. Why? I think the basic message is simply this: What is coming is always better than what has been.4

“When Joseph saw that his father had placed his right hand on Ephraim’s head, he thought it was a mistake and took his father’s hand to move it from Ephraim’s head to Manasseh’s. Joseph said to his father, “Not that way, my father! This one is the firstborn. Put your right hand on his head.” But his father refused and said, “I know, my son, I know! He too will become a tribe, and he too will be great; nevertheless, his younger brother will be greater than he, and his offspring will become a populous nation.” So he blessed them that day, putting Ephraim before Manasseh when he said, “The nation Israel will invoke blessings by you, saying, ‘May God make you like Ephraim and Manasseh.’ ”” (Genesis 48:17–20, CSB)

God tells the people of Israel to use this inverted blessing as an example to do good for others, those who never expected it.

“Israel said to Joseph, “Look, I am about to die, but God will be with you and will bring you back to the land of your fathers. Over and above what I am giving your brothers, I am giving you the one mountain slope that I took from the Amorites with my sword and bow.”” (Genesis 48:21–22, CSB)

The point is, Jacob, pictured a great future in the Lord for his children and grandchildren, a future that involved the fulfillment of God’s promises. As God’s people in our day, we need to picture for our children the great purpose of completing the task of world evangelization before the Lord’s coming. We do not truly bless our children if we encourage them to worldly success instead of success with God. By our example, through stories we read to them, through the values we live and teach, we need to give our children a vision for the coming kingdom that God has promised for those who love Him.5

This section begins with a prophecy. Jacob tells Joseph that this story won’t end in Egypt. Even though the situation looks like it ends here, it won’t. There will come a time when God will bring His people back to the land that He promised his ancestors. Jacob gave Joseph a coat at the beginning of his life. Here, Jacob gives Joseph another gift. The gifts we give at the end of our lives are more than the gifts we give at the beginning. What are you going to do with the good things God has given to you? Receive it. Accept it. Extend it.

Photo by Carolyn V on Unsplash

How Parents Can Encourage Their Families Through Life’s Challenges

How to Raise Great Kids in Today’s World

May 24, 2018
How Parents Can Encourage Their Families Through Life's Challenges
Next Post 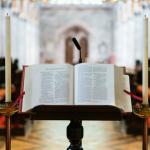 May 25, 2018 Ecclesiastes Sermon Series
Recent Comments
0 | Leave a Comment
Browse Our Archives
get the latest updates from
Jim Erwin
and the Patheos
Evangelical
Channel
POPULAR AT PATHEOS Evangelical
1