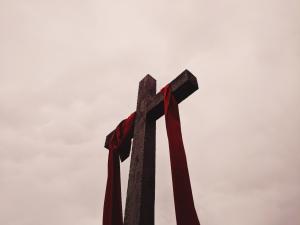 The same is true in Christianity. There are liberal Christians (the Christian Left) who is make up many mainline Christian faiths. As you move to the right, you become more moderate and then conservative. Those on the right are considered Evangelical Christians. Yet, as you move further to the right, you go from Evangelical to Fundamentalist. The Fundamentalist movement spans many different denominations, including Presbyterians, Baptists, Methodists, and even Catholics.

By inerrancy, fundamentalists mean two things. First, they believe that the Bible is without error in the original manuscripts. As a result, they believe in the verbal plenary form of inspiration. Second, a Fundamentalist has a narrow view about Bible translation. You can spot a Fundamentalist today because they read out of the King James Bible. Many of these churches call themselves “King James Version Only” churches.

Evangelical Christians believe in the same Biblical inerrancy. They may not be as strict as Fundamentalists. Evangelicals are willing to read more translations, including the New King James Version, the English Standard Version, as well as the Christian Standard Bible.

Evangelical Christians believe in doctrinal purity. However, they believe in working together with other Christian groups. To share the Gospel with more people in the world, they are willing to work with others.

There are traditions from the Bible that Fundamentalists hold dear. For example, they believe in a literal seven-day creation, and American exceptionalism as important elements of the Christian faith. They teach that there are “traditional values” which is code for certain Christian beliefs that have to do with how people should relate to others. For example, Fundamentalists believe in clearly defined sex roles, and the roles of the husband and the wife in the home. Fundamentalist Christians tend to exalt the men as the leader of the home. They have limiting views about hair, clothes, entertainment.

Many Evangelical churches in recent years have been willing to adapt traditions to reach more people for Jesus Christ. They would adapt the music to include praise and worship, along with traditional hymns. Many Evangelical Christians still believe in traditional marriage. However, they believe that the husband and the wife can share the roles. While Fundamentalists are complementarians, Evangelicals are egalitarian.

Fundamentalist Christians identify enemies very easily. Fundamentalists see everyone as in competition. They are anti-evolution, anti-communist, anti-ecumenical. Because they have such views of opposition, people think Fundamentalists are against everyone.

Photo by Alicia Quan on Unsplash 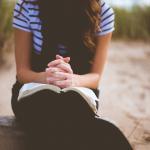 June 26, 2022
How to Respond to My Former Church-Going Friends
Next Post 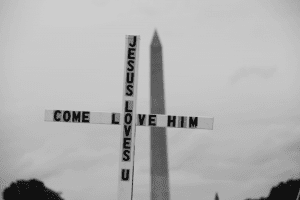 God doesn't use anybody, so don't let the...
The phrase "use me God" or "he or she is being used...
view all Evangelical blogs
Copyright 2008-2021, Patheos. All rights reserved.
Close Ad