The Myth of the Liberal Young Evangelical

They are opposed to Obamacare, same-sex marriage, and the legalization of marijuana. They believe it’s important for a presidential candidate to have strong religious beliefs. They plan to vote for Mitt Romney. They are evangelicals.

No surprises there, right? But consider one other factor: These are young evangelicals.

Since 2007, the media has attempted to present young evangelicals in the Millennial generation (age 18-25) as increasingly liberal on social issues and more likely to vote for Democrats. But a new study by the Public Religion Research Institute confirms that the majority of young evangelicals (or at least young white evangelicals) have not abandoned the conservative political (and presumably the theological) positions of their parents.

Of course there remains—as has been the case for at least forty years—a small number of evangelicals who are both young and liberal. But their number are not increasing substantially, much less nearing a majority. The slow, steady shift of white evangelicals from Democrat to Republican has created a powerful narrative that overshadows the fact that for the last four decades at least one-third of evangelicals have voted for the Democratic Party.

In the mid-1960s, white evangelicals self-identified as 68% Democrat, 25% Republican, and 7% Independent. By 1978, the majority of evangelicals still aligned with the Democratic Party, though the numbers had dropped to 53% (only 30% aligned with the GOP). Even in 1984, when the newly emergent “religious right” turned out for Reagan, only 48% identified as Republican while 40% remained Democrat. The decline continued until 2008, when only 34% of white evangelicals remained in the Democratic Party.

A relatively larger percentage of young evangelicals did buy into the “hope and change” message of Obama, making the 2008 something of an anomaly. But recent polls show that the enthusiasm for the President has waned and the young evangelical support for a Democratic president is falling once again. The most recent study finds that eight-in-ten (80%) white evangelical Millennials support Romney, while just 15% support Obama. That’s an even lower percentage than John Kerry received from the demographic in 2004 (16%).

Even in 2008, a likely high-water mark for young evangelical identification with the Democratic Party, there was significant evidence that the group was not becoming more liberal. A study by Baylor University during that period found that young evangelicals “hold views similar to older evangelicals regarding abortion, same-sex marriage, stem cell research, marijuana use, government welfare spending, spending on the nation’s health, and the war in Iraq” and “remain signiﬁcantly more conservative than nonevangelicals on these same social issues.”

Since evangelicals tend to put strong emphasis on the authority of the Bible, it shouldn’t be surprising that they do not support a party whose platform is, on several issues, diametrically opposed to Biblical principles. What is surprising is that such as large number of evangelicals have embraced the naïve idea that voting for a party that endorses abortion-on-demand, same-sex marriage, and unnecessary restrictions on religious freedom, can be a morally neutral act for a Christian.

(The same people who can’t comprehend how Christians in prior eras voted for politicians who supported chattel slavery seem to have no qualms about supporting a candidates that believe the unborn can be killed at any time, for any reason, and have every taxpayer pay for the slaughter.)

This is not to say that Christians should vote for Republicans. All that is necessary is for a majority of Christians within the Democratic Party to have the courage to withhold their vote until the platform is changed. With that simple act, these problematic issues would disappear within two election cycles. Sadly, the party currently has a larger number of Christians who are inflexible partisans than Christians who are pro-life, pro-marriage, and pro-religious freedom.

Fortunately, there is still a majority of young evangelicals that isn’t willing to exchange God’s revealed truth about justice for the lie that all political parties are equally worthy of our support. As long as they refuse to abandon their convictions, we still have reason to hold out hope for America’s political future.

October 5, 2012
Life is Like a Mansion with a Wallpaper-Covered Hole Leading to a Rhinoceros Covered with Millions of Mice or Why Are We So Busy?
Next Post 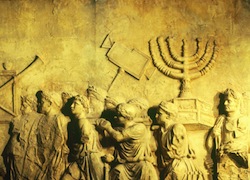 Evangelical
Why Did Jesus Come in 5 B.C.?
Joe Carter 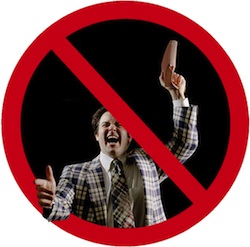 Evangelical
How to Spot a Bad Preacher
Joe Carter 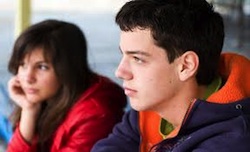