“Great movie quotes become part of our cultural vocabulary,” said American Film Institute director Jean Picker Firstenberg as he unveiled AFI’S 100 Years…100 Movie Quotes: America’s Greatest Quips, Comebacks and Catchphrases. The AFI list is as comprehensive as it is dull; a mix of the classic (“Here’s looking at you, kid.”), the banal (“I feel the need—the need for speed!”), and the downright silly (“Nobody puts Baby in a corner.”). Left off of the list were many of the enduring favorites of our misspent youths (think anything from Raising Arizona or the Monty Python movies) that are repeated ad nauseum by college freshman as if they were fresh inside jokes.

Somewhere there is a middle ground between the cliched classic lines and the trite cult standards. To fill that gap I offer the following fifty quotable lines of dialogue from movies that are neither overly familiar nor exceedingly obscure. The criteria for making the cut was that the quote had to be relatively short, profanity-free, and provide either a kernel of wisdom, insight, or humor. Some of them come from exceptional films while others are gleaned from movies that are merely watchable. I tried to choose representative quotes so your feelings about the snippet of dialogue are likely to mirror your appreciation of each movie. These are not necessarily the best (or even my favorite movie quips—though some are) but they are all, in my opinion, deserving of more attention.

Principal: Mr. Madison, what you’ve just said is one of the most insanely idiotic things I have ever heard. At no point in your rambling, incoherent response were you even close to anything that could be considered a rational thought. Everyone in this room is now dumber for having listened to it. I award you no points, and may God have mercy on your soul.

Barcelona (There are very few movies that can be charming, funny, urbane, and champion conservative social mores all at the same time. Director Whit Stillman, however, has managed to do that in four movies: Barcelona, Metropolitan, Last Days of Disco, and Damsels in Distress. While the dry wit may not appeal to everyone, I recommend them to anyone who can appreciate a subtly humorous examination of an almost extinct social class: preppies.)

Fred: You are far weirder than someone merely into S&M. At least they have a tradition. We have some idea what S&M is about. There’s movies and books about it. But so far as I know, there is nothing to explain the way you are.

Marta: I think there is something fascist about a boy who immediately talks of marrying a woman he likes.
Fred: I don’t think Ted is a fascist of the marrying kind.

Fred: Maybe you can clarify something for me. Since I’ve been, you know, waiting for the fleet to show up, I’ve read a lot, and . . .
Ted: Really?
Fred: And one of the things that keeps popping up is this about “subtext.” Plays, novels, songs – they all have a “subtext,” which I take to mean a hidden message or import of some kind. So subtext we know. But what do you call the message or meaning that’s right there on the surface, completely open and obvious? They never talk about that. What do you call what’s above the subtext?
Ted: The text.
Fred: OK, that’s right, but they never talk about that.

Charlie: Fourierism was tried in the late nineteenth century . . . and it failed. Wasn’t Brookfarm Fourierist? It failed.

Tom: That’s debatable.
Charlie: Whether Brookfarm failed?
Tom: That it ceased to exist, I’ll grant you, but whether or not it failed cannot be definitively said.
Charlie: Well, for me, ceasing to exist is – is failure. I mean, that’s pretty definitive.
Tom: Well, everyone ceases to exist. Doesn’t mean everyone’s a failure.

Nick Smith: It’s a tiny bit arrogant of people to go around worrying about those less fortunate.

Tom Platt: The environmental movement of our times was sparked by the rerelease of Bambi in the 1950s.

Josh Neff: [Describing the Disney movie Lady and the Tramp] There is something depressing about it and it’s not really about dogs. Except for some superficial bow-wow stuff at the start, the dogs all represent human types which is where it gets into real trouble. Lady, the ostensible protagonist, is a fluffy blond cocker spaniel with absolutely nothing on the brain. She’s great looking but, let’s be honest, incredibly insipid. Tramp, the love interest is a smarmy braggart of the most obnoxious kind, an oily jail bird

Josh Neff: [Still talking about Lady and the Tramp] No, [Tramp’s] a self confessed chicken thief; an all around sleaze ball. What’s the function of a film of this kind? Essentially it’s a primer about love and marriage directed at very young people, imprinting on their little psyches that smooth talking delinquents recently escaped from the local pound are a good match for nice girls in sheltered homes. When in ten years the icky human version of Tramp shows up around the house their hormones will be racing and no one will understand why. Films like this program women to adore jerks.

Monty Python and the Holy Grail

Ponette (You haven’t seen this movie yet? What are you waiting for? Oh, and don’t forget the tissue. Watching this film about a four-year-old grieving the loss of a parent is guaranteed to break your heart.)

Arthur: Are all men from the future loud-mouthed braggarts?

Droz (Jeremy Piven): These, Tom, are the Causeheads. They find a world-threatening issue and stick with it for about a week.

Droz: What’s this? You’re wearing the shirt of the band you’re going to see? Don’t be that guy.

Kicking and Screaming (An all around underrated film.)

Harry Morant: Live each day as though it were your last; one day you’re sure to be right.

Linda Powell: I think that, a) you have an act, and that, b) not having an act is your act.

Mabel: To look at a thing is quite different from seeing a thing, and one does not see anything until one sees its beauty.

Sir Robert Chiltern: Do you know, Arthur, I sometimes wish I were you.
Lord Arthur Goring: Do you know, Robert, sometimes I wish you were too. Except that you would probably make something useful out of my life, and that would never do.

Antonia: This is no time for Schopenhauer. This is important.

Althea Brockett: You know what this feels like? – When I was in high school the thing I wanted most when I was stuck in class, the thing that I was desperately in pursuit of, was a hall pass. That’s all I ever wanted. I loved moving freely around the school while everybody else was trapped in there. That’s how I feel right now. Like I have some giant – all day – hall pass.

Lester Bangs: The only true currency in this bankrupt world . . . is what you share with someone else when you’re uncool.

I didn’t invent the rainy day, man. I just own the best umbrella.
…

Adolescence is a marketing ploy.
****

Will: The thing is, a person’s life is like a TV show. I was the star of The Will Show. And The Will Show wasn’t an ensemble drama. Guests came and went, but I was the regular. It came down to me and me alone. If Marcus’ mum couldn’t manage her own show, if her ratings were falling, it was sad, but that was her problem. Ultimately, the whole single mum plotline was a bit complicated for me.

Christine: You will end up childless and alone.
Will: Well, fingers crossed, yeah.

Will: In my opinion, all men are islands. And what’s more, now’s the time to be one. This is an island age.

John: So, what do you reckon to our new Prime Minister, then?
Judy: I like him. Can’t understand why he’s not married, though.
John: Oh, you know the type. Married to his job. Either that or gay as a picnic basket.

Prime Minister (Hugh Grant): [to a portrait of Margaret Thatcher] Did you ever have this kind of problem? Yeah – of course you did, you saucy minx.

Daniel (Liam Neeson): Option One: ask her out.
Sam: Impossible.
Daniel: Fair enough. Option Two: become her friend.
Sam: She’s the most popular girl in school and she hates boys.
Daniel: Okay. Option Three: kidnap her and keep her tied up in your room until she agrees to marry you.
Sam: It’s a route I’ve considered.
Daniel: And quite rightly rejected on the grounds of . . .
Sam: Hygiene.

Paul: Supermodels are beautiful girls, Will. A beautiful girl can make you dizzy, like you’ve been drinking Jack and Coke all morning. She can make you feel high full of the single greatest commodity known to man – promise. Promise of a better day. Promise of a greater hope. Promise of a new tomorrow. This particular aura can be found in the gait of a beautiful girl. In her smile, in her soul, the way she makes every rotten little thing about life seem like it’s going to be okay. The supermodels, Willy? That’s all they are. Bottled promise. Scenes from a brand new day. Hope dancing in stiletto heels.

Willie Conway: I can’t play Pooh to your Christopher Robin.

Helen: What does your therapist say about all of this?
Jessica: Oh, I could never tell my therapist.
Helen: Why not?
Jessica: Because it’s private.

Madeleine (Kate Winslet): Some things belong on paper, others in life. It’s a blessed fool who can’t tell the difference.

Royer-Collard: If you’re going to martyr yourself Abbe, do it for God, not the chambermaid.

Royer-Collard: You prefer a book to your husband’s company? Well no wonder, I’m only flesh and blood – that’s no match for the printed page

Coulmier (Joaquin Phoenix): [To the Marquis De Sade] You’re not the anti-Christ. You’re only a malcontent who knows how to spell.

Saved! (Overall, this satire about a Christian school is a disappointment. But it has some razor sharp lines that are worth mentioning.)

Hilary Faye: Mary, turn away from Satan. Jesus, he loves you.
Mary: You don’t know the first thing about love.

Hilary Faye: [throws a Bible at Mary] I am FILLED with Christ’s love! You are just jealous of my success in the Lord.
Mary: [Mary holds up the Bible] This is not a weapon! You idiot.

If you counted you’ll notice that there are actually only forty-nine quotes listed. Number fifty remains to be filled in by you in the comments section. What quote (or quotes) should be added to the list?

November 13, 2012
What You Get When You Combine ESPN and The Princess Bride
Next Post 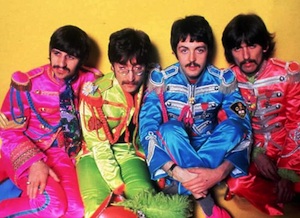 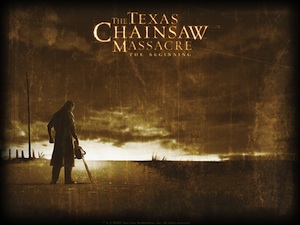 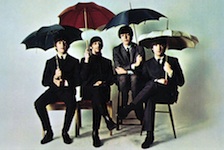 A Few Thoughts On Roe v. Wade: Seinfeld,...
There is a scene from an old Seinfeld episode, one of the few Seinfeld episodes...
view all Evangelical blogs
What Are Your Thoughts?leave a comment
Copyright 2008-2021, Patheos. All rights reserved.
Close Ad