Sex as Natural Means to Commitment

Tim Keller, The Meaning of Marriage:

The modern sexual revolution find the idea of abstinence till marriage to be so unrealistic as to be ludicrous. In fact, many people believe it is psychologically unhealthy and harmful. Yet despite the contemporary incredulity, this has been the unquestioned uniform teaching of not only one but all of the Christian churches—Orthodox, Catholic, and Protestant.

The Bible does not counsel sexual abstinence before marriage because it has such a low view of sex but because it has such a lofty one. The Biblical view implies that sex outside of marriage is not just morally wrong but also personally harmful. If sex is designed to be part of making a covenant and experiencing that covenant’s renewal, then we should think of sex as an emotional “commitment apparatus.”

If sex is a method that God invented to do “whole life entrustment” and self-giving, it should not surprise us that sex makes us feel deeply connected to the other person, even when used wrongly. Unless you deliberately disable it, or through practice you numb the original impulse, sex makes you feel personally interwoven and joined to another human being, as you are literally physically joined. In the midst of sexual passion, you naturally want to say extravagant things such as, “I’ll always love you.”

Even if you are not legally married, you may find yourself quickly feeling marriage-like ties, feeling that the other person has obligations to you. But that other person has no legal, social, or moral responsibility to even call you back in the morning. This incongruity leads to jealousy and hurt feelings and obsessiveness if two people are having sex but are not married. It makes breaking up vastly harder than it should be. It leads many people to stay trapped in relationships that are not good because of a feeling of having (somehow) connected themselves.

Therefore, if you have sex outside marriage, you will have to steel yourself against sex’s power to soften your hear toward another person and make you more trusting. The problem is that, eventually, sex will lose its covenant-making power for you, even if you one day do get married. Ironically, then, sex outside of marriage eventually works backwards, making you less able to commit and trust another person. 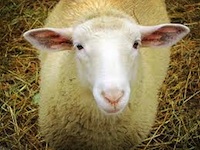 Evangelical
The Size of Our Books Was Determined By...
Joe Carter