The Quasi-Religious and Futile Enterprise of Space Colonization

Sci-fi author Charlie Stross on the futility of space colonization:

[I] don’t want to spend much time talking about the unspoken ideological underpinnings of the urge to space colonization, other than to point out that they’re there, that the case for space colonization isn’t usually presented as an economic enterprise so much as a quasi-religious one. “We can’t afford to keep all our eggs in one basket” isn’t so much a justification as an appeal to sentimentality, for in the hypothetical case of a planet-trashing catastrophe, we (who currently inhabit the surface of the Earth) are dead anyway. The future extinction of the human species cannot affect you if you are already dead: strictly speaking, it should be of no personal concern.

Evangelical
Do Astronauts Have Internet in Space?
Joe Carter 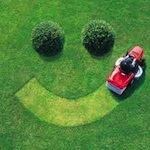 Evangelical
The Improbable is the New Normal
Joe Carter

Evangelical
Life is Like a Mansion with a Wallpaper-Covered...
Joe Carter
TRENDING AT PATHEOS Evangelical