A Pile of Dead Animal Bones and a Brain Tumor

It was late May midmorning day when my friend Pat and I arrived at the base of Barnes Butte. The sun was melting away the chill in the air, and we knew if we didn’t get going up the trail soon we’d get caught out on the open trail with the scorching noonday sun. Pat and I hiked Barnes Butte at the last minute, so we didn’t have all the things someone takes on hikes like food and water. Pat was scheduled to have surgery the day before to remove a brain tumor from behind his right eye, but it got canceled. So we went hiking. 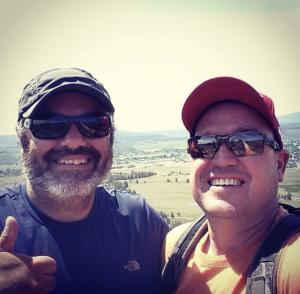 The tumor behind Pat’s right eye wasn’t his first. They diagnosed Pat with a brain tumor the year before I met him. He had brain surgery to remove that. Part of his idea of recovery was to hike some mountain peaks, and he made it a goal for both of us to hike South Sisters. I agreed to do it with him because I thought it was a way to help him in his recovery.

To prepare us for hiking the 10,358 foot summit of South Sisters, we wanted to start on something small like a rhyolite dome of volcanic rock shutting up to about 3,500 feet, called Barnes Butte.

As we started up the trailhead Pat noticed something different about the trail markers—they weren’t where he remembered them to be. Instead of turning back to the car, we kept going. The main trail we were on disappeared. We came to a fork in the trail, so we picked the one that seemed to go towards the Butte’s summit. The trail looked new and unused.

With the sun beating down on us as we trekked further along the trail. We rounded a bend in the trail and came to a dead end—the trail stopped. Instead of turning back on the way we came, we kept moving forward because we could see the summit before us. We kept trudging along the side of the Butte, walking through thorns, brush, sliding down steep ravines—all the while becoming more and more dehydrated because we didn’t have water. But the summit always stayed just out of reach.

I was about to call out to Pat and tell him we needed to turn around when he stopped dead in his tracks. He told me to look at my surroundings. I let out a sigh. Pat did things like this: he’d launch into deep philosophical or spiritual moments, but this wasn’t the time or place. I was hot, tired, thirsty and lost. I did what he said; I looked around and all I saw were Juniper trees, sagebrush and a buzzard flying above us.

“Look down at your feet.” He motioned.

I did. We were in a small open meadow on the side of the Butte standing on top of a pile of sun-bleached animal bones.

Before I could freak out Pat cleared his throat and said, “I’m dying. No one knows this, not even the doctors.”

It shocked me. Pat didn’t talk like this. He always conveyed that he would overcome his cancer he needed to be there for his wife and two young kids. He thought they’d heal him or at least that’s what he said to everyone.

We stood still looking at each other for a few seconds. To break the awkward silence, I said, this seemed like a good place to die. We both gave a nervous laugh. 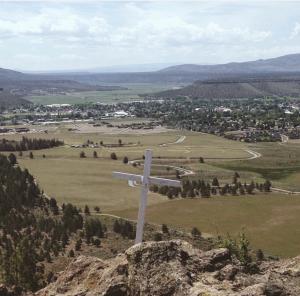 I wanted to be there for him—but it was difficult for me to listening to him talk about this stuff. Pat kept talking.

He talked about his concerns for his wife and two kids, but I stared at the valley floor below us. For a moment Pat’s words became background noise. The peak of the Butte was closer than it looked. But my muscles hurt, I was sweaty, and I wanted to be done and stop talking. I didn’t want to be hot and thirsty and miserable in this spot, and I didn’t want to be having this conversation.

“I want Merritt and Graeme to know the Lord, and I’d sure like to see that happen before I go,”

Pat’s voice became clear. Before I could respond to him, Pat pointed toward the Butte and motioned that we were almost there. As we walked away from that spot, the pile of dry animal bones, I looked back at it and was glad.

We made it to the summit of Barnes Butte, but not South Sisters. Before we could attempt the summit of South Sisters I had three massive heart attacks. Then Pat passed away recovering from a third brain tumor and surgery, his body too weak to beat the disease. I officiated my friend Pat’s funeral. I couldn’t say anything to him when he talked about his own death, but when he died, he left a legacy I could talk about for years to come.

*This essay was first published in Fathom Magazine November 19, 2018 issue

About Joe Puentes
Joe Puentes is a ragamuffin, sojourner, writer, speaker, entrepreneur, husband, dad and heart attack survivor. He owns a coffeehouse, which he operates with his wife and young adult children. You can read more about the author here.
Previous Post

February 11, 2019
A Wolverine Flew into my Chest and Saved my Life and Faith
Next Post 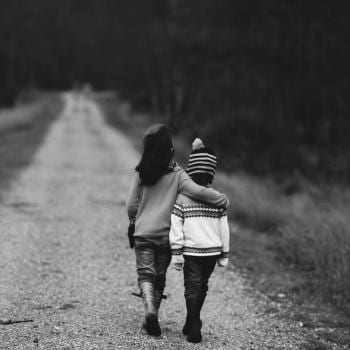 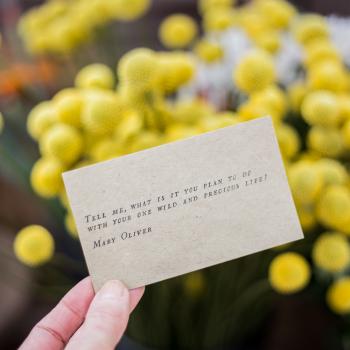 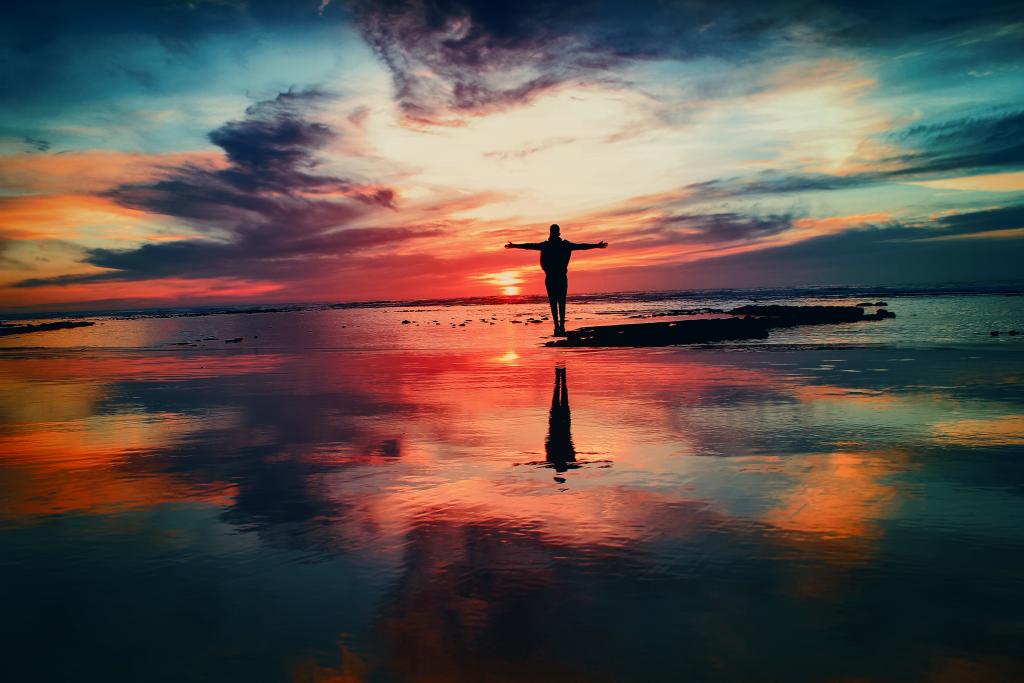 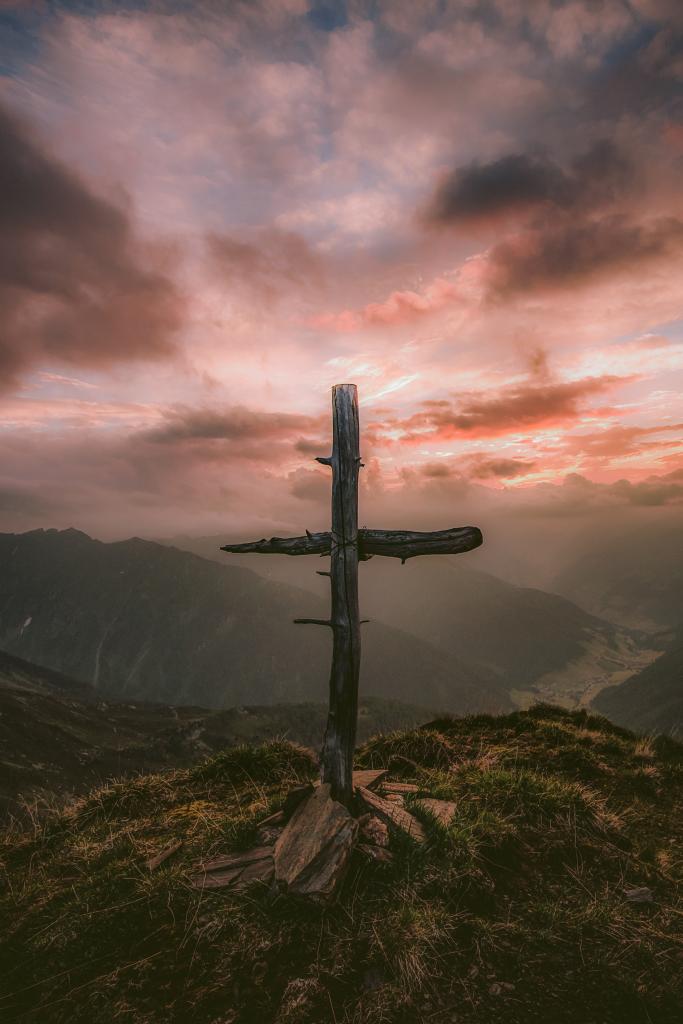 For I am Dust...
I walked into the cathedral just after 12 o'clock today. The silence...