I remember seeing The Wicker Man as a teenager. It was an edited-for-television version, but it still grabbed me – I can clearly remember thinking “that is so cool” as the Wicker Man burned.

On his live album As Nature Intended Damh the Bard introduces a song from The Wicker Man by humorously asking “Why do we like that film? It’s not really the best publicity for the Pagan community!”

I think part of us is in love with the idea of a modern village where everyone is Pagan, where our rituals and celebrations are part of the common life, and where our beliefs and morals are seen as normal.

Another part of us likes seeing the tables turned on the dominant (and at times, domineering) religion and culture. Our better selves may not approve of Sergeant Howie going up in flames, but deep down we’re glad to see Pagans on the non-burning end of the fires for a change. We all like winning.

And that brings us to The Wicker Tree, the “spiritual sequel” by 82-year-old Robin Hardy, who directed the original Wicker Man in 1973. The premise has been known for some time: a young Evangelical couple from Texas are on a mission trip to Scotland and are brought to a rather odd village. They find the folks friendly and accept their invitation to become the May Queen and the Laddie. At that point everyone who saw The Wicker Man knows what’s going to happen – the question is “how?”

I saw The Wicker Tree today. As other reviews have said, it doesn’t end quite like you expect, but the ending is neither a total surprise nor totally unsatisfying.

When I heard the story revolved around a young Evangelical couple from Texas, I cringed. I assumed they would be stereotypical caricatures. But they mostly got it right. Brittania Nichol’s Beth and Henry Garrett’s Steve were very believable – I’ve met plenty of people like them. The only thing they got wrong was that born-again Christians don’t put much stock in angels, and they never, ever mention “the Blessed Virgin Mary”… unless it’s to accuse Catholics of worshipping her.

The Pagan and pagan references didn’t fare as well. They got Sulis right (though she’s primarily associated with Bath, far to the south of Scotland), but they conflated the whole Spring cycle into “May Day.” A character dies by a method unknown in the ancient world. Mostly, though, the sensual-yet-innocent Pagan customs that were so charming in The Wicker Man are all but gone in The Wicker Tree. Honeysuckle Weeks’ Lolly is frequently naked and constantly looking to couple, but although both the character and the performance are quite good, they aren’t enough. The Maypole, the Pagan lessons in the school, the fertility dance and the costumed procession of the original are nowhere to be found in the sequel.

Christopher Lee’s Lord Summerisle makes a brief appearance – much of his scene is in the trailer. Lord Summerisle asks “Can fate be altered? This is a question that every religion must try to answer. And the answer is almost certainly ‘no’.”

And there you have it. The religious philosophy underlying The Wicker Tree is neither Pagan nor Evangelical. It is Calvinist – rather appropriate for a film set in historically Presbyterian Scotland. Hardy says our fate is fixed and though we think we can change it, either through appeals to God or gods or by our own determination, in the end we will have what has been preordained – nothing more and nothing less.

The Wicker Tree is not a bad movie. See it with no expectations and you may find it entertaining and even thought-provoking. But it doesn’t come close to The Wicker Man. 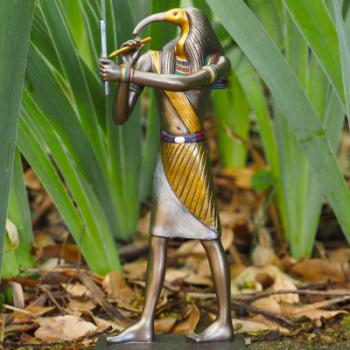