It would be wonderful to have a Pagan temple in every city. Or perhaps many temples, representing many traditions. They would serve as centers of worship, focuses for worship (i.e. – statues and permanent altars), and gathering places for the community. More importantly, they would make tangible public statements that “we are here” and “we’re going to be here a long time.”

While Pagans may never build another Parthenon, there are Pagan groups who are investing in buildings right now. The Pagan Newswire Collective has a story from last Fall about a Heathen group that bought a house to use as a Hof in a Minneapolis suburb. And Sacred Journey UU Fellowship in Garland Texas has had their own building (also a former house) for many years. While they are a Unitarian Universalist congregation, they are an intentionally Earth centered fellowship – all of their services are Pagan.

There are a few others, but virtually all Pagan organizations operate without physical premises, and I know of no buildings in this country built from the ground up as a Pagan temple.

On Tuesday I wrote about how Pagans will have to increase our giving before we can afford temples. That’s not intended to guilt-trip anyone who is struggling – you can’t give what you don’t have. It’s intended to point out the reality that we need more Pagans who are in a position to give substantial amounts toward the long-term goals of our religion(s) and religious communities.

“If you built it they will come” has led to numerous disappointments with Pagan storefronts and community centers. Once the shiny wears off, the casually-interested folks drop out and the core volunteers find themselves unable to meet the financial obligations and workload. The asking price on the church Star Foster was looking at is $1.4 million. On a 15-year note (assuming someone would loan you that much) that’s $11,000 a month for principle and interest. Plus insurance. Plus utilities. Plus maintenance. Plus staff and programs.

Star guessed it would need 500 people to support it. Based on what I learned in four years on the Board of Trustees at Denton UU I think that’s a pretty good guess. How many local Pagan organizations are that big? Are there any?

We don’t have to start this big, nor should we, nor are we. Our buildings must be sized for the number of people we actually serve. But that’s the size it would take to support a large temple.

Before we can build temples we must first build strong, committed, growing communities. In order to do that we have to develop a compelling case for why doctors, lawyers, engineers and business owners – plus Joe Sixpack and Susie SoccerMom – should be Pagans instead of Presbyterians. And let’s be honest – there are a lot of Pagans who like being unique and who aren’t interested in appealing to the mainstream.

Appealing to the mainstream doesn’t mean watering down what we do – go ask the mainline Protestants how well that’s worked for them over the past 40 years or so. If you want to appeal to people, mainstream or fringe or anywhere in between, you have to show them a vision of what their future can be. You have to facilitate meaningful religious experiences. You have to demonstrate a sense of caring and community. You have to make room for people who want to be a participant but not a leader.

You have to show them some magic and let them know they can be a part of it.

You do this by teaching and demonstrating spiritual depth. This is why I think Star is right – an organization committed enough to build a temple won’t be a pan-Pagan group. It will be Hellenic or Kemetic or Druid or Wiccan – a specific path with a specific tradition that can be taught and explored in depth. Based on the commitment and community building I’m seeing right now, I’m betting on the Heathens… though I personally remain committed to Druidry and UU Paganism.

Paganism in the 21st century is a thousand experiments in creating a religion. Some of those experiments will fail. Some will work well for a while but won’t survive their founders. But a few will succeed. A few will prove meaningful and helpful to a growing number of people. That will be the Paganism of the future.

Practices first. Then communities. Then temples. 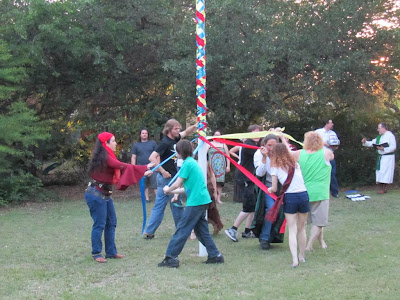 March 17, 2012 Denton CUUPS Tarot Classes
Recent Comments
1 Comment | Leave a Comment
"Good luck if you decide to. We always need more stories in the world. :)"
Trellia What Kind of Witch Do You ..."
"There ARE four lights."
Aelfrey There Are Four Lights
"Thank you for saying this. I think that may be a huge part of my ..."
Tiffany There Are Four Lights
"Well said.I also get very angry about this as I work with lab animals at ..."
Trellia There Are Four Lights
Browse Our Archives
get the latest updates from
John Beckett
and the Patheos
Pagan
Channel
POPULAR AT PATHEOS Pagan
1 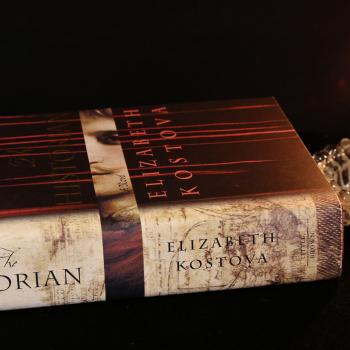