Last night’s Denton CUUPS Winter Solstice ritual was everything I had hoped it would be:  a good turnout, lots of participation, the presence of the gods and ancestors, and a very strong response to the Call to Action in the main working.

For those of you who couldn’t be there, here’s the Call to Action.  The Old Gods and Goddesses are still calling… 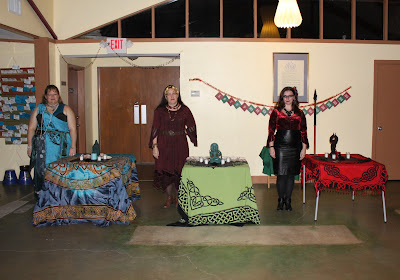 We all know what happens when a species’ predators are removed from its environment. Reproduction increases, resources are consumed at an ever-increasing rate, and competing species are crowded out. Eventually the population exceeds the carrying capacity of the ecosystem. Then individuals and groups fight over scarce resources, starvation begins and many die.

Our natural predators of disease and famine are not gone, but they have been beaten back. War still kills too many, but it kills far fewer than at any time since civilization began. Aided by the fear of scarcity, the myth of dominion, and ordinary greed, the human population has exploded and is consuming resources at a rate that cannot be sustained.

Some feel the Earth would be better off without us; if we drove ourselves to extinction and some other species took our place. I think they’re wrong. Any species that came after us would be shaped by the same evolutionary forces that shaped us and would likely behave much like us. The best chance the Earth has of evolving intelligent, compassionate life is for us to grow up.

We are not alone in this great work. Our goddesses and gods, our ancestors, and the spirits of Nature stand ready to inspire us and guide us and assist us. We are their hands, making the Divine manifest in this world.

If one of these deities is speaking to you, if one of these roles calls to you, I ask you to come forward, choose a token and be blessed by the priestess. You will take no oaths and you will make no obligations. But you will declare your intent to help create a world that is intelligent, compassionate and sustainable.

Come, be blessed, and become a part of this New Aeon. 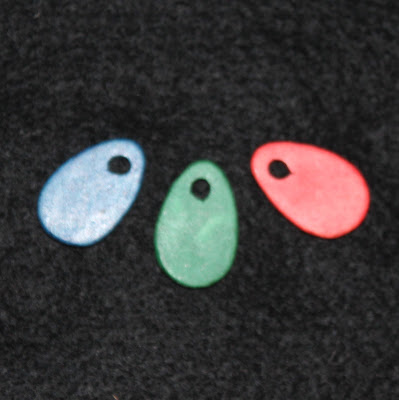 December 29, 2012 Sovereignty Before the Gods
Recent Comments
6 Comments | Leave a Comment
Browse Our Archives
get the latest updates from
John Beckett
and the Patheos
Pagan
Channel
POPULAR AT PATHEOS Pagan
1