A Polytheistic Look at the Devil

Patheos has a feature called “What Do I Really Believe?” It’s a series of common religious questions and all bloggers from all channels are invited to offer their thoughts. The questions are mostly posed with monotheistic assumptions, but they can still be of value to Pagans and others.

Yesterday, Druid Nimue Brown tackled the question “Is There Really a Devil?” I encourage you to read her essay – it’s clear and concise. Here’s the key quote:

I don’t personally believe in the Devil as a deity-like figure … I think he’s a way of putting outside of us all the things we don’t want to admit are part of being human.

Once we admit that the monsters are on the inside, that evil wears human faces, then we stand a better chance of dealing with it and not becoming a manifestation of it ourselves.

I think Nimue’s answer is very good. But I’d like to explore this question from a different perspective.

As a polytheist, I find it amusing that Pagans who will worship every god and demigod ever known to humanity turn into atheists when Satan is brought up. To a certain extent that’s understandable. As Nimue points out, we’ve long been accused of worshipping the devil by Christians who incorrectly assume that if we don’t worship their god we must be worshipping their anti-god. But thanks to Paganism coming out of the shadows, most people – including most Christians – now understand that’s not correct.

Let me be clear: I don’t believe a God of Evil exists. That idea is a product of dualistic thinking and isn’t supported by observation or reason. I don’t believe in a tempter. Temptation is the internal conflict of ancient evolutionary instincts with the mostly-beneficial norms of civilization and modern life. I don’t believe in an adversarial deity. We have plenty of mortal adversaries in our competitive world, and we ourselves are adversaries to many others, including those of other species.

But what are we to make of this entity called Satan, the devil?

What difference does it make? To Pagans, not a bit. I am pledged to Cernunnos and Danu, I have a complex and busy relationship with Morrigan, and I occasionally honor and work with various other deities in the Celtic, Greek, Roman, Norse and Egyptian pantheons. I have neither the time nor the interest for Satan, and I suspect virtually all Pagans would say the same.

Why do some gods grow in acclaim and influence while others diminish? That’s a complicated question that does not have a definitive answer, but a look at history shows a clear relationship between the amount of attention we humans give to gods and the impact those gods have on our lives. Greeks like Iamblichus thought the idea that worship and sacrifices “fed” a god was absurd. Perhaps they were wrong. Or perhaps gods who are ignored simply find something else to do with their time. We don’t know and we have no way of knowing. But the relationship between the attention we give to gods and their influence on us is clear.

So, who’s been feeding Satan? It’s certainly not Pagans – we’re busy with our own gods. It’s not Satanists, either – there aren’t enough of them to make a difference. In all my years exploring alternative religions and other subcultures, I’ve come across exactly two Satanists.

But for the past thousand years, millions of Christians and Muslims have been obsessed with the devil (even though Satan has his origins in the Hebrew scriptures, I don’t lump Jews in with their Abrahamic brethren here because I don’t think I’ve ever heard or read Jews talking about the devil). Their fear of the devil – for many of the reasons Nimue outlined in her post – led to witch hunts, the Inquisition, and the Satanic Panic of the 1980s.

The Catholic Saint Teresa of Avila (1515–1582) said it best: “I am more afraid of those who are terrified of the devil than I am of the devil himself.”

If you would be rid of the devil, understand that people choose to do evil for reasons that are entirely naturalistic. Accept that you have the capacity to do evil and choose to do good instead. Worship your god or gods and leave no room in your life for entities who would do you harm.

If you would be rid of the devil, ignore him. 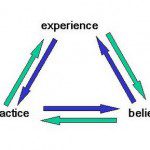 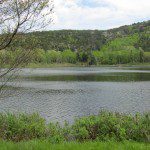