Success in an Age of Decline

Gordon White of Rune Soup is someone I rarely quote but always read.  I found him while looking for information on chaos magic – his Ultimate Sigil Magic Guide is one of the most useful magical how-to articles I’ve ever seen.  Sometimes he veers into theories I find unlikely, but he presents them well and he’s never, ever boring.  And his photographs are awesome.

His most recent post is a commentary on the economic realities of the declining Western world:

This year I am on track to make more money than I ever have before, certainly double last year. And I am perplexed by my reaction to the new situation. It is difficult to locate the connection between effort and reward. My work world is like a fever dream after poorly-cooked shellfish …

All those suggestions to work hard and dress for the job you want to be in and make your boss look good and be the first in the office but never the last one out. They’re all bullshit. I work nowhere near as hard as a strawberry picker and I didn’t see any of them sitting next to me at the breakfast meeting.

I’m at least a generation older than Gordon and I play at a lower level in the corporate world.  But I’ve been seeing the same things he’s seeing for a long time.

My father was a high school dropout who found a blue collar union job in his hometown at age 21, then worked there till he retired.  That job provided enough for him to build a nice middle class life for himself and his family, including helping send three kids to college.  It’s much harder for people to do what my father did today – there aren’t many of those good blue collar jobs left.

I leveraged an academic scholarship into an engineering degree and have worked in large corporations for the past 29 years.  Unlike my father, though, I’ve had to move around:  from Tennessee to Indiana to Georgia and then to Texas.  Each of those moves was forced – my job went away and I had to find a new one.  If I had been unwilling or unable to move, my life would have been much poorer – in every sense of the word – than it is today.

In these 29 years I’ve seen layoffs necessitated by changes in the world economy.  I’ve also seen layoffs to insure an executive’s bonus targets were hit.  The industries that once moved from the union North to the right-to-work South moved on to Mexico, Korea and now China.  White collar jobs have moved to India.  The stock market has recovered from the great recession, but the job market has not.

Compare these observations with AODA Archdruid John Michael Greer’s weekly essays on what he calls “the long descent” – the slow but inevitable decline of the American empire due to overextending ourselves far beyond our resources, and the coming decline of Western standards of living due to the exhaustion of fossil fuels.  John Michael’s background and life experiences are very different from Gordon’s, but he’s seeing the same things.

Want another perspective?  Read Morpheus Ravenna’s accounts of her work with the Goddess Morrigan, especially this one that says:

Four very different observers from four very different perspectives all coming to one conclusion:  this is Not the Future We Ordered.  The societal systems that served my father well have broken down.  I’ve been able to play the corporate games adequately, but many who worked just as hard have not, and there’s no guarantee my luck at dodging layoff bullets won’t run out at an age that’s too young to retire but too old to be attractive on the job market.  I think of my friends who graduated college this year – what will their lives and careers look like?  Individually they may do quite well, but as a group they will have it much harder than my generation.

What to do?  In his Rune Soup essay, Gordon White makes four suggestions:

First… really, truly, own the fact that you are required to extract wealth from a system that has suspended all rules and best practices.

Secondly… drink from a deeper well.

Thirdly… If you do not live somewhere with sufficient economic dynamism to provide an appropriate level of chaos, then move … Economic nomadism has been the story of mankind for all but a tiny fraction of the last million years.

And lastly… Obey the law, ignore the rules.

Bad times typically see an increase in religious activity.  Some look for the certainty of fundamentalist religions, some seek the favor of God or the gods, some seek comfort in familiar stories and rituals.  Better late than never, I suppose.

No religion can shield you from the realities of life, whether those realities are minor annoyances or natural disasters or a long economic decline.  But a solid religious foundation and a consistent spiritual practice can prepare you to deal with whatever life throws at you.

Some religions tell you what to do.  Others ask what you’re called to do.  Why are you here in this world?  What does your soul scream you must do?

How are you going to support yourself and your family while you do?

Are you willing to do what must be done?

When asked to define success, I said this:

Success is having enough and having the wisdom to recognize it; success is doing what you’re called to do while you do what you have to do.

Success does not mean a lifestyle once unimaginable for kings, it means finding your destiny and following it.  Success is not dependent on the economy, nor on a hundred other factors outside your control.  Those factors can make your success easier or harder, but they only influence it – they do not control it.

The world is changing.  It is becoming more complicated, more challenging, and less secure.  We can ignore the changes, we can blame them on other people, or we can accept them and deal with them and get on with becoming who and what we’re called to be.

And now it’s time for my evening prayers. 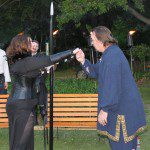 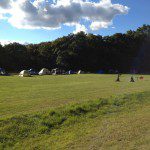